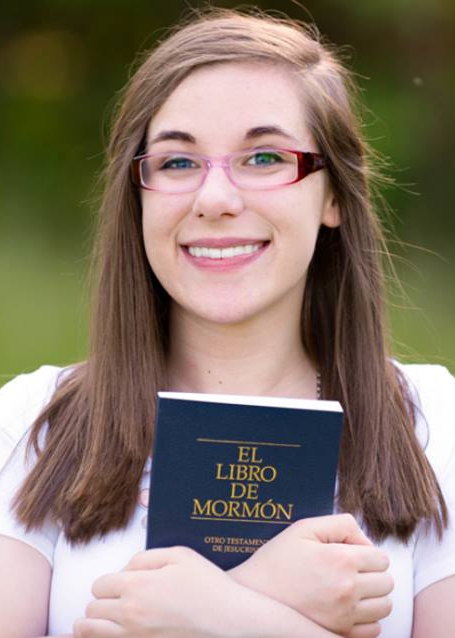 WOW! What a crazzzzyyyy week it has been!

First of all I wanted to talk about a baptism that happened back in Jarabacoa. I don´t know if you guys remember when I talked about a 17 year old boy that was so ready to get baptized but his mom didn´t let him... He got baptized on Saturday! I was sooo happy to hear that. Heavenly Father is AMAZING. Anyway, although this week has been crazy, it has been the most spiritual and miracle filled week I have ever had in my mission.

On Wednesday we had a Zone Conference and it was SPECIFICALLY for me. I had noticed that as a missionary my working abilities had slowed down and that I wasn´t being as obedient. President Castillo said that sometimes that happens, but we need to have the faith and desire to change. Also that little by little we can get back up again and be as GOOD as we were before. Then we went to another cita (lesson) and it was with someone we had contacted. Her name is Deyanira. We were gonna give her a Book of Mormon, but she ALREADY had one! There are no coincidences. She said that her mom had given it to her. Also we went to visit a less-active member of 20 years and she was just so grateful for the church and told us that we could shower, sleep, and eat in her house if we wanted to because we are her daughters. She has no family because they have all died, but she knows that her Father in Heaven loves her. Then we were teaching Sarais and a lady that couldn´t talk really well stopped us and asked for my Book of Mormon. I gave it to her and told her where the church is and guess what... SHE CAME TO CHURCH ON SUNDAY! To make it even better, the Bishop´s wife told us that she had invited her for years to come to our church, but she had never come until then. I was amazed as the Spirit helped me communicate with this lady during church and during the short time I had with her. We connected INSTANTLY. The sad thing is that she lives in the Elders area... BOOOO. Haha, but she is really special.

A scripture that I really liked this week in Mormon 9 verse 15 says, ¨ And now, O all ye that have imagined up unto yourselves a god who can do no miracles, I would ask of you, have all these things passed, of which I have spoken? Has the end come yet? Behold I say unto you, Nay; and God has not ceased to be a God of miracles.¨

It fits all that has happened this week. Heavenly Father really is a God of miracles. We just need to have the faith and trust in Him.

Now to the fun part - see pics below from the baptism and from the zone conference with some old friends.

Josaih got baptized on Saturday and everything that could have gone wrong... went wrong, but it all worked out! So we went to the church with the Elders in the morning to clean it and there was NO water at all. We couldn´t mop OR fill up the font. We tried calling a lot of members, but nothing happened except for the font filling up trickle by trickle. We sat there for a little bit, but then had to leave. We were all so worried it wasn´t going to fill up, but were saying prayers in our hearts. Also I wasn´t thinking straight and didn´t invite any members to his baptism... We were running back and forth from the church just sweating so hard, so Hermana Maxfield said a prayer in her heart for it to rain. This is where the miracles begin... Literally five minutes after her prayer, it started to rain and REALLY hard, but stopped just in time for the baptism. We went to our lessons because Heavenly Father told me not to worry about the font and to trust in Him. When we got to the church for the baptism, the font was filled up ALL the way and there were TONS of members at the baptism. Then Josaih wasn´t there so we had to run to his house and he wasn´t there... We came back to the church and he was there. Then we took TONS of pictures. Then started one of the most beautiful baptisms I have ever had. The Spirit was so strong and it was PERFECT. Josaih received the priesthood and the Holy Ghost on Sunday and he was just BEAMING. He is the first one to actually follow through with his 1st baptismal date! He was so prepared and ready and he deserves the priesthood power. I cannot be any more happier than I am.

I have gained a HUGE testimony of prayer and putting our trust in our Father in Heaven. He truly knows us better than anyone else and when we are doing His will and His work, we don´t have to fear. Satan will try all that he can to stop Heavenly Father´s work, but he can´t do it. Like Hermana Maxfield told me this week, ¨Heavenly Father is stronger than Satan.¨ I think we can all learn from that saying. Don´t ever let Satan take over your thoughts and don´t every let him think that you can´t do anything because we are on Heavenly Father´s side!! I can´t find the scripture but it reminds me of the scripture in Doctrine and Covenants that says that the Lord´s work will always over come Satan. It´s so true. I love this work and I am so grateful for all the miracles I get to see in my life every day.

I love you all and have a great week,
Hermana Maikoski