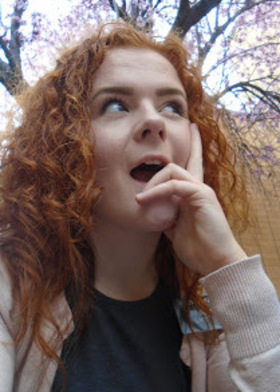 I hope this email actually sends out this week, last weeks didn't for some
reason :(

So I'm now half way through my MTC training.. that's so crazy, only just
over one month left to go!
Sister Lima-Po and I have started to do companion study in Cantonese and
it's actually a lot of fun!

We sang 'Consider the Lilies' for the Tuesday devotional, it was lovely. S.
Mark Palmer came to speak with us, I like that he said it's not about us,
it's about our investigators. Instead of saying "How did I do?" after a
lesson, say "Did they feel the Spirit?" This is because we won't convert
anyone, the Holy Ghost will.

Daddy sent me a great email on Wednesday, it was a story about the Rabbi
and the Soap Maker and I really like it! It goes like this:
There is an old Jewish tale about a soap maker who did not believe in God.
One day as he was walking with a rabbi, he said, “There is something I
cannot understand. We have had religion for thousands of years. But
everywhere you look there is evil, corruption, dishonesty, injustice, pain,
hunger, and violence. It appears that religion has not improved the world
at all. So I ask you, what good is it?”
The rabbi did not answer for a time but continued walking with the soap
maker. Eventually they approached a playground where children, covered in
dust, were playing in the dirt.
“There is something I don’t understand,” the rabbi said. “Look at those
children. We have had soap for thousands of years, and yet those children
are filthy. What good is soap?”
The soap maker replied, “But rabbi, it isn’t fair to blame soap for these
dirty children. Soap has to be used before it can accomplish its purpose.”
The rabbi smiled and said, “Exactly.”

I LOVE THAT! Isn't it just so great?!

From Thursday night to Friday night we had an English fast, it was
difficult and we spoke a little English but I think we all did really well!
Cantonese is so much fun haha, we're all picking it up really well!

On Friday we taught Nikki about the Plan Of Salvation and we asked her to
pray for us and she did for the first time! Also she watched conference (we
hope) and she accepted to be baptised! How cool is that?! :D

April fools... need I say any more? The Elders got us really good and then
we all got the Mandarin district HAHA. And then they got us back.. our
classroom still smells like Lavendar haha, I'll send photos of what we did
:')

General Conference was just fantastic! I got so much out of it and my
questions were answered! Jeffrey R. Holland's talk on the Saturday
Afternoon Session stood out to me the most, it was just fantastic. Reminded
me a lot of my patriarchal blessing and now I understand it better.
Conference is the best as a missionary without the distraction of a mobile
phone, we really get to listen so intently to the messages being shared and
I lot that so much. I feel like I have a Spirit baby, I'm Spiritually
pregnant! hahaha jk! I'm just very Spiritually full from this weekend
hahaha. I wrote 37 pages (A5) of notes.. oh gosh! Can't wait to read over
them again, all the talks were amazing. It was cool that Joaquin E. Costa
and S. Mark Palmer spoke cause they spoke to us on the Tuesday devotionals
too! Also Gary B. Sabin was in our Stake for the Stake President change in
December! Also, Valeri V. Cordon shared a photo and I knew two people in
it! How awesome!

BYU Vocal Point took the Sunday devotional, their voices are incredible as
are their testimonies. Then we watched Jeffrey R. Holland's MTC talk,
"Open Your Mouth", it was fantastic, also he's so funny! HAHA.

That's all I have for this week, I hope this sends out this week!

Hope you're all doing well!

Also.. check out my website that my dad has made!
https://www.missionarymailbag.com/sisterkeery