Understatement of the year 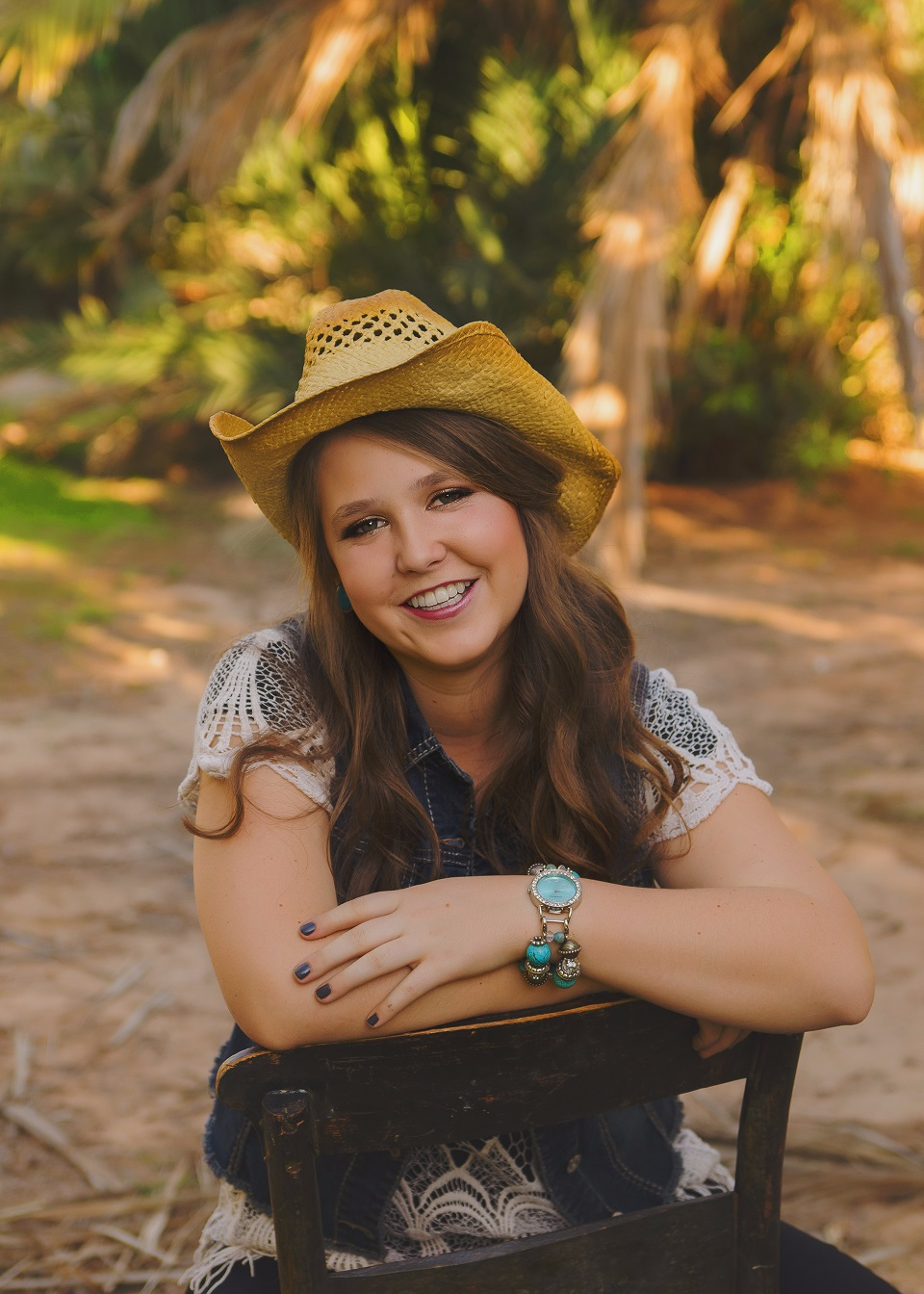 Understatement of the year

Dear Mom,
Oh wow! Unlike you, I am a little sad knowing that summer is almost over... Hahaha this morning when we left our apartment it was 53 degrees and I was not excited about how fast the temperature was dropping!!! AHHHHH!!! It's okay though! It will all be okay! Thank you so much for those pictures. I am so grateful for the beauty that we are given in this world even through all the chaos and confusion.

As far as the temple goes, we haven't gone for the last two MLCs and I'm not sure if we will be going for this next one or not... They said we would go approximately ever other MLC but with schedules and the temple being closed it just hasn't really worked out. I will keep you updated on if I need names or not!

Okay... as for the understatement of the year here goes: THIS WEEK WAS CRAZY!! haha let me see if I can sum it all up in coherent sentences.

Monday: Pday was so fun! We played a lot of card games and then some basketball which is always a good time. That evening we went to read the Book of Mormon with Anyja which went really well and then drove out to Mandan so we could see Jackie. We had such a good lesson with her! She told us all about how spiritual her Sunday was and that she saw so many tender mercies from the Lord. After she came to church, her ministering companionship came to visit her and she was so grateful! Then later that evening, the Elders were in the area so they stopped by to talk with her and they are even teaching her son in-law so that's pretty cool! She is so excited to start coming back to church and told us that she wants to start doing the "Grandma bus" and bringing all her grandchildren with her to church! YAYAYAY!! That night when we came home, we got a call from Sister Hibbert and Sister Housely in Dickinson. They were playing ultimate frisbee for pday and had a collision... so they called Sister DeGumbia (mission nurse) and were going to go to the walk-in clinic the next morning. *sigh*

Tuesday: We had a lesson with Anyja's sister, Shona, and taught her about the Restoration. It was super cool! We are excited to start teaching her as well! Then we went to meet with the young women's president for how we could better start working with the young women in our ward and came up with some pretty fantastic ideas so we are excited to try them out :) We went finding for a few hours and then came to the church for a lesson we had with Jerry. Jerry is a less-active member who we found on the street one day while he was working. We asked him if he would meet with us and he said yes! Quite honestly it was one of the most spiritual lessons I have ever had. We asked him about his story and why he stopped coming to church and really opened up to us. We then asked if he felt like he was ready to rebuild his relationship with his Heavenly Father and his Savior and he said he was! It was incredible to feel the Spirit with him, and really to have him testify of the truths he knows and that he does want to start coming back! During all of this, we got a call from Sister Hibbert and Sister Housley saying that Sister Hibbert had fractured her foot in two places, so she was going to see the podiatrist on Wednesday. While we were on the phone with them we had the really strong impression that we needed to go down to Dickinson which was crazy because it's so far away and we didn't know how we were going to make it work. So we called the Zone Leaders and then the Assistants and finally decided that we were going to do an emergency exchange with them the next day.

Wednesday: Sister Stockham and I drove down to Dickinson pretty early this morning and got there about 7:30. We had breakfast with Sister Hibbert and Sister Housley, and then Sister Stockham and Sister Housley drove back to Bismarck so they could make it to all the appointments we had set. Sister Hibbert was in so much pain it was so sad! We went to the church so that we could do a skype lesson and it was amazing! The day before we had received a referral from the MTC call center for this lady named Mandy. She had called into the center because she had questions on why we did the things that we did. She said that religion for her has always been a set of rules, not a feeling. She wanted to know how she could feel the Spirit because she's never felt it before. So we called her and set up a skype lesson because even though she lives in our area, she lives in a town called Underwood, which is about halfway to Minot so about an hour away from Bismarck. While Sister Hibbert and I were talking with her and sharing more with her, it was amazing to see just how ready she was for the gospel and how soft her heart was. She has had so many trials in her life and knows that this will bless her, so she wanted to learn more! We set up an appointment with her for later in the week over skype and then next week she is driving into Bismarck so we are going to meet with her in person then! After the lesson, Sister Hibbert was in a ton of pain so we just stayed at the church to do some family history and I just played the piano. We went to the podiatrist and Sister Hibbert had to get a few more x-rays and he actually ordered an MRI because he thought it might be a possible dislocation or ruptured ligament. AHHH!! NO!!! By the time we got out of there it was time for dinner so we went and got sushi with Elder Rucker, Elder Pies, Sister Warren and Sister Walker. Sister Hibbert and I did some more family history to finish out the night before we went home. This whole time it was amazing to see the hand of the Lord because I found out why we needed to go to Dickinson. Sister Hibbert would most likely be heading home after this, and so we had the opportunity to talk about the experiences I had while I was home and that I could be there to take care of her. Because fun fact: Sister Hibbert was actually at the hospital with me when I had to go home! Crazy how the Lord really is involved in the small details of our lives right?

Thursday: Sister Hibbert and I drove up to Bismarck pretty early in the morning because I needed to be back for MLC. While we were at MLC we found out that Sister Hibbert would be going home on Friday. So sad! MLC was so good though! I love the training that we receive and that we are able to get more direction on how we can best hasten the work of the Lord in our areas and minister to the missionaries in our zone. I got to see Sister Stout, Elder Schumann, and Elder Hubert again so that was a blast and all of my other missionary friends! I LOVE THE MISSIONARIES SO MUCH! Thursday night was a little crazy because we were trying to figure out what we were going to do with the sisters and everything that was going on. I don't think I got to bed before 11:30 that night because so much was going on!!!

Friday: District council was awesome! It was on being diligent and remembering the importance of your calling which was sweet! Then we went to the mission home to have lunch with Sister Howell, Sister Hibbert, and Sister Housley before we took Sister Hibbert to the airport. Sister Hibbert's flight ended up being delayed but President and Sister Howell had a meeting they had to go to so we ended up sitting at the airport with Sister Hibbert until 6 pm. But she made it home safely so that's all that matters! Friday we also did a lot of walking and finding which was good and we also ended up car fasting which was great! Except for when it started pouring and we didn't have a car or anything so we got soaked to the bone! It was fun though.

Saturday: We had a ton of appointments which was awesome and we stayed super busy! We had dinner with our Relief Society President and her family which was so great! It was a little sad though because we went to visit Sister Jorgensen (returning member) and she said, "Wow. You two look exhausted." Haha we just had to laugh because we were but it was a good exhausted! It was a fun day.

Sunday: Okay so to explain this I have to explain a little bit of what happened with Sister Housley. She is now companions with Sister Frame and Sister Galvez here in Bismarck. They are going to be splitting their time between here and Dickinson, as well as us working Dickinson. But because of us all having things going on in our areas we had to come up with a schedule for when people will be where. Sister Frame and Sister Galvez had some things going on at church and so did Sister Housely, so Sister Stockham went on splits with Liberty Howell while I drove Sister Housley down to Dickinson for ward council and church. Then we drove back to Bismarck. Needless to say we spent a lot of time in the car this week, and will be spending a lot more time in the weeks to come.

While this week has been crazy, it also has been full of tender mercies and miracles. I know that the Lord's hand is in all things and that He really does know our needs. This week I was reading in Helaman, and one of my favorite verses is in Helaman chapter 5 verse 12. "And now, my sons, remember, remember that it is upon the rock of our Redeemer; who is Christ, the Son of God, that ye must build your foundation; that when the devil shall send forth his mighty winds, yea, his shafts in the whirlwind, yea, when all his hail and his mighty storm shall beat upon you, it shall have no power over you to drag you down to the gulf of misery and endless wo, because of the rock upon which ye are built, which is a sure foundation, a foundation whereon if men build they cannot fall." I LOVE THIS! I love it because it is so true. As we can see there will always be adversity in our lives and times when things get really hard. When things are thrown at us and we are tossed to and fro. But if we build our foundation on the Savior Jesus Christ, we won't fall because our foundation will be strong. We will know who we are and were we stand.

I love this work and I love being able to see the miracles the Lord gives us in our daily lives. I love you and hope you make it a great week!
Love,