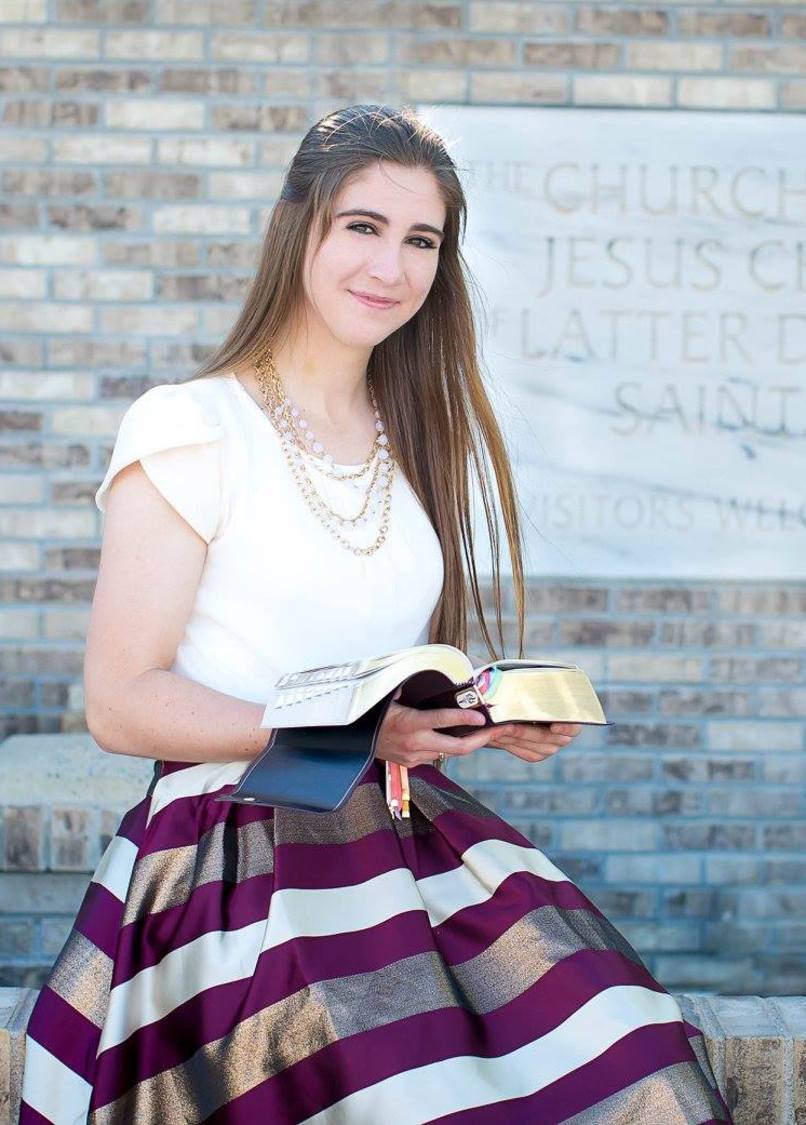 Starting off this past week, we went knocking in this gated apt complex.
The gate was miraculously wide open and we were lead by the spirit to this
families house who wasn't interested in the church, but at least let us say
a prayer for them. We afterwards asked them if they knew anybody else who
needed a prayer, but they said no. We kept on knocking until we heard
someone call at us saying that we could go pray for his Aunt. It was a 19
year old from the uninterested family. We walked with him for about 10
minutes to his Aunt's house. His Aunt's name is Tina Martinez and she has
two sons, Nelson (13 yrs) and Jairir (9 yrs). They let us right in and we
knew this was exactly who we needed to find! They cute family plopped
right on the floor while they made us sit on the couch to share a message.
We taught them the restoration and everything made sens to them! The kids
are brilliant! We didn't even get to the First Vision part when Nelson
goes off to his mom that Joseph Smith became the prophet, made the Book of
Mormon, and helped the church make this building in Utah with this gold
statue on top of it. We later found out that his history teacher spent
like 2 weeks teaching about the mormon religion.... the teacher is
obviously Mormon. We met with them again and taught them about the book of
Mormon. I gave them Books with people's testimonies from back home and
they LOVED IT. Because of Sam Jolley's testimony specifically, Nelson,
hugged us, told us to thank Sam, and ran to his room to start reading the
book. We have them set to be baptized in April! I love them so much!

A Part member family got baptized today!!!! The 2 girls finally got
baptized! Such a great day for our ward!

Funny story! Sister Smith had to go to the bathroom super bad so we
stopped at this really ghetto grocery store. We went to the back and it
was all under construction, and we walked back to teh front to leave. This
guy stopped us and asked us what we needed. We told him we needed to go to
the bathroom and he said, "Ohhhh. I will take you to the VIP one". So us
missionaries are innocent and we follow him. While following him, He told
us that he was the girl in charge( we thought we heard wrong) and then told
us his name was Maria (nope we heard right...). We followed him back
through the construction to this creepy hall way, lights flickering, hall
walls are leaking, I felt like I was in a scary movie. Then he pointed to
the bathroom door and said, "Don't worry, nothing will happen to you. I
will protect you. WHAT THE FLIP?!?! That really freaked us out! We go
into the bathoom and it's literally the nastiest bathroom I have ever seen
and both of us are gagging like crazy. We stood there for a bit to pretend
that we went to the bathroom because there was absolutely no way that we
were going to... and we planned our escape. No joke, we thought we were
going to die. Sister Smith took out the keys to use as a shank and I
found this sharp piece of wood on the floor... just in case! We walked
back out quickly hoping not to see "Maria". We made it out of the back
construction area and hightailed it out of the ghetto store.

Sister Smith has this really weird love for animals. One that I don't
understand at all. Literally every time she sees a lizard... and there are
millions we see everyday.. she freaks out about how cute it is. Again, we
stopped to use a bathroom, but this time we went to Walgreens. She found a
lizard in the bathroom and refused to leave it in there. It took her
fivever to catch it (I could've a lot faster but I hoped she'd hate the
lizard afterwards). She wouldn't leave the lizard until she caught it to
"save" it. Then when she finally caught it, we went outside, and we
walked to a specific place so she can make sure it doesn't get ran over.
Honestly, I hope it died soon after!

Us and the Elders had a light saber war. I am sure my mom has posted all
of them online haha.

Black guys saw us and obviously wanted to talk to 2 white girls that are
brave enough to walk in their skreets. THey told us they could rap to
show off and I told them to prove it.... I grabbed my recorder out and told
them to rab about God. It was soooo good. If he didn't cuss a whole
bunch, I would attach it to this....

Other than the Martinez family, we got 5 other investigators! 2 are
roommates with a woman that just moved her records from a different ward to
ours! They apparently have been going to the other ward with her for 2
months but never have been taught the lessons and have been wanting to get
baptized the whole time! Super cool!

A random couple investigating the church showed up to sacrament meeting
yesterday. They legit ran out of church after the first hour... I told
them there was 2 more hours and they for reals ran away from me and the
church building.

Pictures
1. Martinez family wants to thank those that wrote the testimonies in their
books :) Look how cute this family is!
2. The Harbison family. Ena and Dalbey got baptized. In the elder's area,
but we were there the whole time too ;)
3. Florida's version of a snow man.