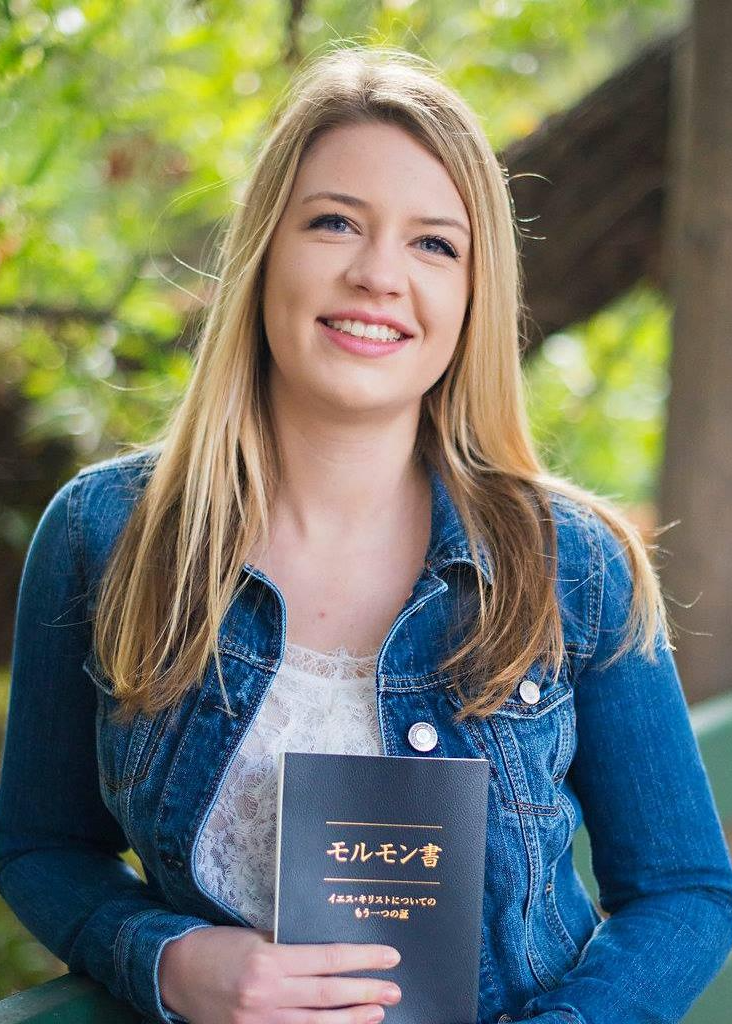 Hello everyone! (Konnichiwa mina-san)
Hello from the MTC!! This week has been a very interesting one! Don't get me wrong, it's all good here at the MTC (Missionary Training Center), but the MTC is definitely an adjustment. It has been snowy and cold ever since I got here, but I still love it. I'm just glad sometimes that it doesn't snow very much in the area of Japan that I'm going to, haha.
So my companion is Foote-shimai (shimai=sister in Japanese) and she is from St. George, UT! She is so much fun! We already become almost like best friends. We get along super well and we have a lot of fun getting lost around here and slipping on ice. In our district there are 8 sisters and 4 elders. We have a lot of fun together learning Japanese. I've met so many amazing people here already and so many people from so many places around the world! For example, a hilarious sister from Fiji, a sweet sister from the Philippines, and a sister from Honduras who is like a mom to us all.
Japanese is definitely a lot harder than most languages, but me and Foote-shimai have been doing really well. We already started teaching lessons to a man named Yamamoto-san from Japan. He is super kind and listens to our very broken Japanese. One time, we were teaching him, and it was really cold outside and snowing hard and Yamamoto-san had put his shoes and coat on the heater and said that it was cold outside and his clothes got wet so he put them on the heater and I replied "mazui desu ne!!" which I thought meant "It's cold, isn't it?" and he looked at me really confused and I realized that I must've said something wrong so I motioned that it was cold by like shivering and then he started laughing and he was like "Ah, samui desu!" and I was like "Yeah!! Samui" and later on I looked up what mazui is and apparently it means "gross, disgusting" so I said that outside it was disgusting haha. Oh well, I'm just glad that I made the mistake here and not in Japan.
Teaching Yamamoto-san has been such an amazing experience and I feel, even though my Japanese is not necessarily the greatest, we can still teach him what he needs to know and the spirit is so strong in our lessons. One lesson, we were teaching him about prayer and we had him read James 1:5. After hearing him read and watching him really pondering that scripture made me feel the spirit so strong and I just felt so happy that I was there teaching him. I can't wait to go to Japan and meet many amazing people like Yamamoto-san and teach them about this gospel. Even though I just met Yamamoto-san this week, I already know how much I care for him and want him to have the gospel.
At the MTC, there is a special spirit here that really can help grow one's testimony. The first day that we were here, all of the new missionaries got into one big room for an orientation with the MTC president and he welcomed us all and we sang an opening hymn called "We'll Bring the World His Truth". There's one line in there where you sing "and we will be the Lord's missionaries" but instead of that line, it was changed to "and we are NOW the Lord's missionaries". Hearing a whole room full of fresh new missionaries sing that really made me emotional and I felt the spirit so strong and I knew that this is exactly where I needed to be. l love all the amazing devotionals so far and the constant spirit here. We've had the Presiding Bishop speak last night and last Sunday another general authority came and spoke. They give such amazing talks. I also love how often we sing the hymns and I always feel the spirit so strong when everyone sings "Called to Serve" togehter.
I'm looking forward to my long stay here at the MTC and learning as much as I can before I head off to Japan. I hope you all have a fantastic week!
Love,
Atwood-shimai