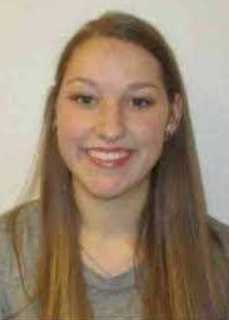 Hello all!
Well we got some transfer news! I will be training this transfer! President Chandler told us he would be calling on Thursday but then in his normal fashion, called Wednesday haha. He said that Sister Anderson is going to Katowice with Sister Jones! She was my last companion and so that makes me happy that they will be together. He then said that I would train in Łódź and Sister Littlefield and I would be training a new missionary together. Then, because of apartment and legal stuff, we can't be in a trio here in Łódź. We figured this out on Friday and the President decided that it would be just me training here. But I feel peace about this decision and I am excited to train!

On Tuesday, Mirka called us needing help. She does not attend church currently but her husband does and they have been members for a long time. I have only seen her a few times but she is one of the sweetest ladies I know! She tells us she is the mom of the missionaries haha! Mirka needed help getting home after a doctor's appointment. She is sick and it is painful for her to get around. So we met her at the doctor's office and helped her to the tram, at the grocery store (she took advantage of the opportunity to have us there and we helped her shop haha) and then to her home. I was so happy she called us and we could help! ❤

On Sunday, Sister Anderson and were trying to finish packing and cleaning. We were stressed and tired but then we kept singing this song we heard. It's from a singer from the youth broadcast in the tabernacle choir at temple square. We listened to the song in zone conference. The lady sings " slow down and hear the voice of the Lord" really peacefully and slow. So we kept singing "sloooowwww dooooowwwn" with opera voices. Haha good times. And I will miss Sister Anderson so much! She is so awesome and has helped me so much!

Lastly, a quote from the week:
"Jak znam życie, moja żona dzwoni"
"As I know life, my wife is calling"
Marian says this as he pulls out his phone with Mirka calling