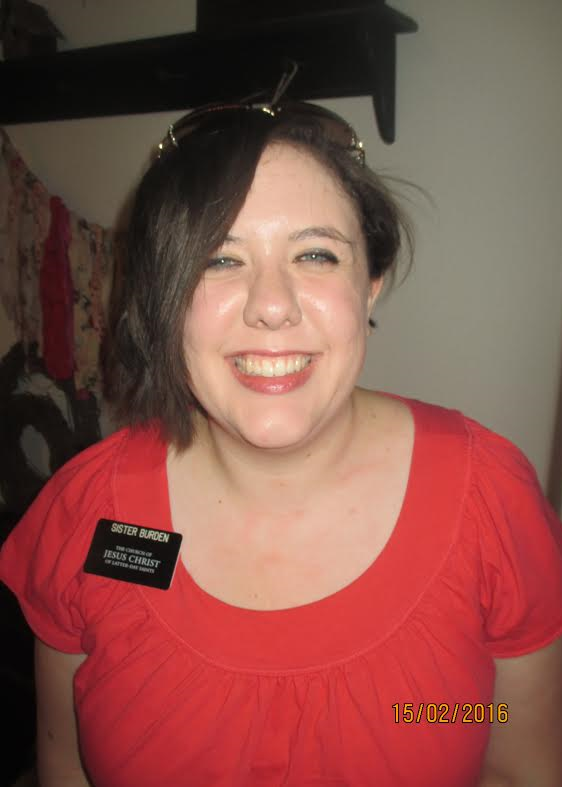 Hope you all had a wonderful week!!! I know I did.
I know you're all dying to know if I'm being transferred or not ... I'm not :). I'm staying Spanish ya'll. None of the sisters in my house are leaving, of which I'm grateful because they're all so awesome. HOWEVER, my zone is getting torn apart. Basically everyone else is getting a new companion on Wednesday so it will be a completely different Queen Creek Zone.

The weather here in Arizona has been perfect (yes this is to make you jealous). Literally it has been so beautiful and nice. It's been easy to be outside and talking to people.

Speaking of which, our zone leader gave the entire zone a challenge to talk to at least 10 people a day this week. It's hard as Spanish missionaries to get out and just talk to people and get that going BUT we made it a goal. We almost hit our goal ... we were so close. We did an activity on Saturday where we went to a nearby park and Sister Haycock drew portraits of people while I talked to them. It proved very fruitful especially since Sister Haycock is so talented. The kids loved it there!!! We talked to almost 30 people in less than two hours!! It was so cool. I've mentioned Sister Haycock is talented right? Her dad is literally an animator for Disney. She's so cool, I have a cool companion.

We just had a lot of good lessons this week with people, we even picked up a new investigator named Senora Orozco. She's 87 and nearly blind and didn't believe in God, BUT we were able to resolve her concerns and build her faith. She now wants to be baptized but just doesn't know when. We are so excited for her!!!

This week has just been awesome guys and I've come to realize that a testifying missionary really is a happy missionary. I'm so grateful for this opportunity to serve God in this way and I'm so grateful for the support I receive from everyone. It really does mean a lot because I've met missionaries who don't have that support from home so thank you.

I love you all! Have a wonderful week!
Sister Burden