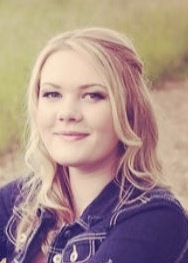 So I am serving in St. Phillips, or Six Roads area in Barbados! It is awesome. My companion Sister Unga, is awesome, she is form Utah but is Tongan and we both love sports, singing and well soul sisters haha. The members of our branch are so sweet, lots of old timers and little kids. Not as many youth but we are working on it! The people in our areas are pretty open to the BOM and talking about Jesus Christ but aren't that interested in hearing our message which can be hard! We were out knocking yesterday, not having a lot of success and we knocked on one door and it was a man, he immediately starting yelling, cussing and was really aggressive. Sister Unga and I just said have a nice day and walked away as he was still yelling, we were both discouraged and a little hurt but in that moment I felt God's love and a warm peaceful feeling come over me. I did not fear him or others that may treat us badly because I know God loves us and supports me in hard times, because I am doing his work.

A really neat experience this week was a day where all our appointments fell through, we had a really awesome family with 3 daughter we taught a second lesson to and when we called to confirm they said they weren't interested and would get back to us which was sad. Anyways 4 appoin. had fell through and we were a bit discouraged we decided to go to a new area. When we were there we pulled up to a town house and knocked, we introduced ourselves and the man said I think my father goes to your church. He said he is Richard Kaluchi, it was so cool because Brother Kaluchi is the branch mission leader, and his son is not a member but he invited us in. his girlfriend said she had been so worried about her baby- to come, she was due in two days and was feeling really nervous but that when we came and discussed how Jesus Christ can strengthen us and how God loves them she said she took it as a sign from God. Wow, that was a really spiritual visit, and they aren't interested as of right now but said maybe in the near future. brother Kaluchi was so happy, and said that he was glad his son allowed us to visit cause he normally probably would not have. God knows his children, and what they need, there was a reason our appointments fell through.

These past two weeks have been really good, I have learned so much, form the people in the Carribean, other missionaries and Branch members and God. Sister Unga and I are planning a musical fireside or devotional haha, we proposed the plan and are in-charge. I am so excited for that cause they have never really ha done here in Barbados and all 3 branches are invited! Barbados is great, it is soooo freaken hot. Like you can't not sweat but hey, detox.. The people here are really blunt, super friendly and sweet. I am excited to be serving here.

Hope you all have a great week and remember to thank God for all he does for you, everyday.

Please write me, I would love to hear form you all.