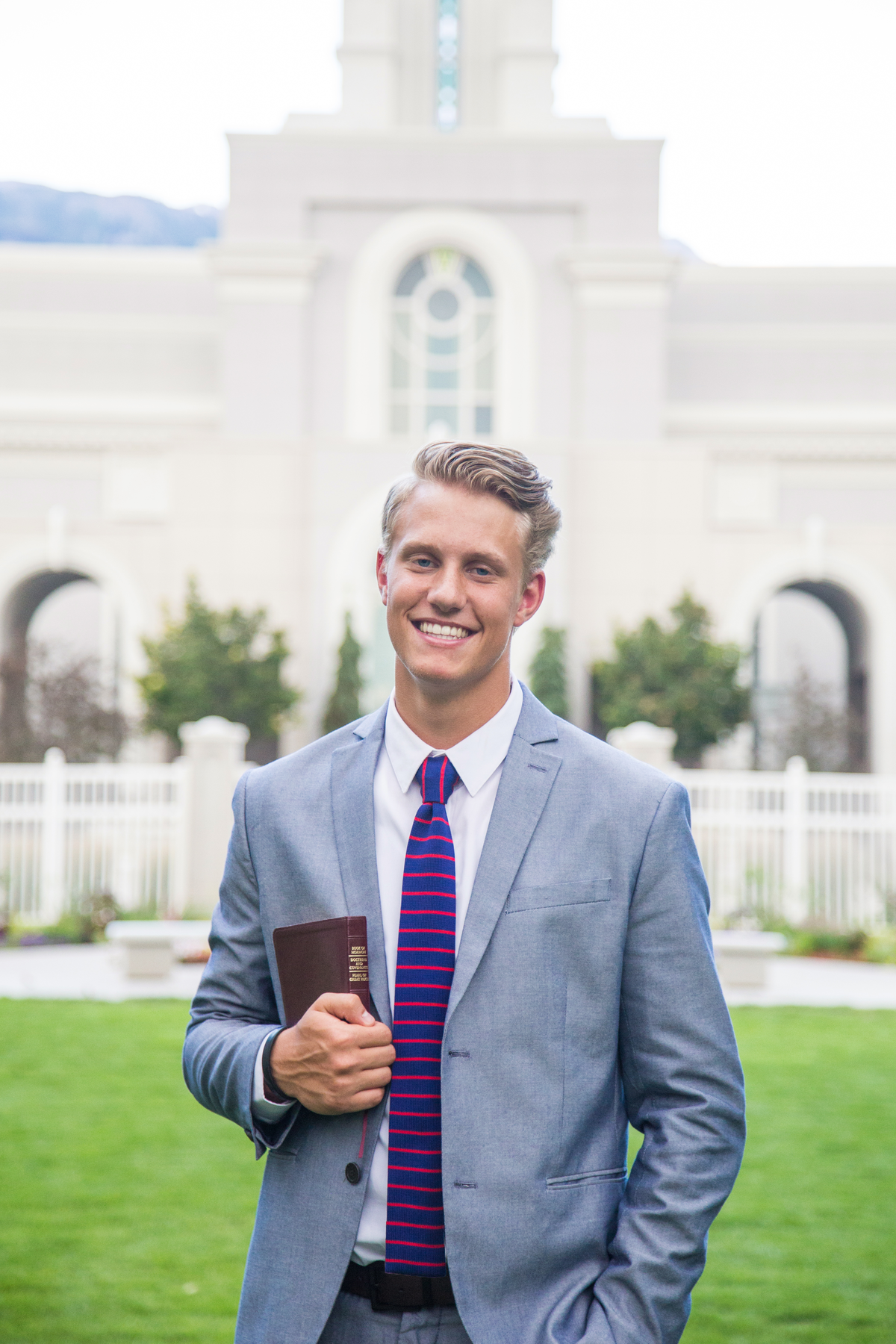 Now I've always thought of myself as a pretty organized person. In fact, I would even pride myself on it. But this week God trumped my organization skills by like 4000. On several occasions Elder Tandiman and I had appointments with certain people, or things to do and the appointments wouldn't show up, or plans would have to change. The first time it happened we were pretty frustrated, but we were like “Ok let's just carry on working here where we are.” We then ended up meeting two new people to schedule appointments with another day! Miracle, right?

So as the week continued, every time appointments would flog, or plans would change, Elder Tandiman and I would think “Ok, why does God want us right here right now? He led us here. What does he want us to do?” We would talk to the next person we saw, knock one door over, or go visit a nearby potential opportunity, and EVERY TIME it led to a new person to teach! As we looked back on the week we could recognize that what we thought were our plans, were most definitely God’s plans.

This week was so solid! My first full week here in Bristol and I'm loving it! It was so different and so new, but it was a blast. I have LOVED the high expectations that people have for me and Elder Tandiman. It's helped push me much harder and we've had a lot of success! You all asked a lot of questions about my new area! Wow do I love it! I'll tell you a little more about it and hopefully answer all of your questions.

So, my travel here was nuts. It took like 7 hours and I had to ride 5 different trains! I got to be in the hubbub of central London and it was a blast. I actually ran into about 30 Missionaries from the London Mission, and saw some old Elders from the MTC! It was such a fun day, but SO tiring.

The people here are SO different. It is very, very diverse, so I see and meet people from literally all over the world. But mostly Jamaicans. Rasta! The city is WAY bigger then Hastings, so there are a ton of more people, which makes the size of our area way smaller. YAY! That means busses everywhere, and almost no walking! It's the bomb.

Our Ward is great! Bigger then Hastings as well. The Bishop is SOOO sick, we get along so well. He's coming to SLC for conference, so he said if you want to send something back with him for me you can! Obviously not something huge, but still ;)

The weather is FREEZING. I don't know if it's because we’re more into the winter season now, or because it's Bristol, but every day I wear my spandex tights, sweats, then my trousers and two jumpers and a coat! Ha! Our flat doesn’t have heating either, so we bundle up every night.

Elder Tandiman is such a sick guy too! He just has this desire and drive to get better as a missionary in such a humble and sincere way. He's really quiet, but he's working so hard to become more talkative. And I'm trying to not be so loud! Haha! We're both patient and kind to each other, so it's working so well.

This week Elder Tandiman and I were walking along and I said, "Hey Elder how do you say, 'Get off my lawn' in Indonesian?" He started giggling and I was really confused. I asked what was so funny and he said, "So the funny thing is that in Indonesia there are no lawns!" I don't know if we were just really tired or what, but we laughed for like 15 minutes straight about it hahaha.

Being a missionary is so amazing guys. It's one of the best decisions I've ever made in my life. I've come to realize how perfect God really is. He always knows what we can handle, he never gives us too much or too little, he never waits too long to help, but he also lets us figure things out ourselves. He knows exactly what we need to learn. He also knows exactly how to comfort us. He's never made a wrong move or had a situation where he didn't know what to do. He's got it all under control. Sometimes I wonder why I worry. I'm on his side! He's going to win! What a precious and peaceful bit of knowledge that is to have. There's nothing better than sharing it with others. I love Him so much. He loves YOU so much. If you don't know if He does, kneel down and ask Him. He WILL answer you if you're sincere in asking.

I love you all!

1. The man, the myth, the legend ELDER TANDIMAN!
2. Can't ever miss out on a good phone booth @ElderLawson
3. Almost tasted like America.
4. Got this shirt in the post this week. I just want to say thank you SO MUCH to all the people who have been supporting and looking after my family and especially my sweet mom. You literally are all an answer to my prayers and I couldn't say thank you enough for the peace and comfort you bring to me! Family, friends, and people I don't even know have been SO giving to us, words couldn't express my appreciation! Go Team Madsen!