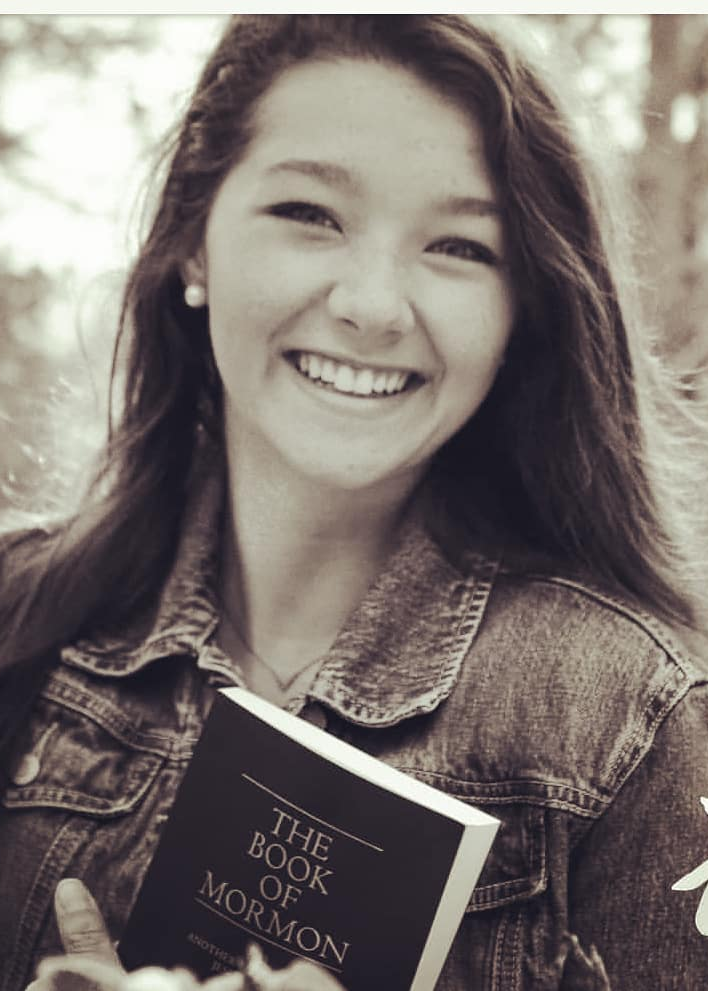 Monday is pday and pday is the best day. Just an fyi
I wrote down goals for our transfer, did a comp inventory, Sister Gentry and i are like the same person, we love each other a LOT. We get along so well, we like a lot of the same things, we think and act in very similar ways, like pretty much the dream team if you ask me.
ALSO the weather is trying to deep fry me, bc the high is 110 this week... so please pray for me

Tuesday was National Cow Appreciation day so you best believe Sister Gentry and I dressed up like cows for free food.  Also a ward member was cleaning out her closet that day and we were #blessed again with like a whole new wardrobe !
Okay funny story time:So Tuesday MORNING the car (we share it with the elders) says we need to get gas, so the elders have the car that day, we tell them THEY need to get gas. Tuesday night = no gas
Wednesday night = no gas SO GUESS WHAT HAPPENED???
THE CAR LITERALLY RAN OUT OF GAS. WE WERE THISSSSS CLOSE TO THE CHURCH. LIKE TWO BLOCKS AWAY. LITERALLY. RAN. OUT. OF. GAS.

Friday was "National apartment cleaning day"!! Which sister gentry was so THRILLED for (not really jk) we don't like being cooped up but we spent 3 hours cleaning, I organized my stuff, cleaned out and organized all our supplies (pass along cards, bom ect) we had lunch at the Vargas (older Mexican couple) we brought a member who spoke Spanish bc we thought they'd have Spanish speaking friends but they didn't. I understood the majority of their conversation and I translated a bit of it for the other missionaries. Apparently it was super awkward for them because they don't speak a lick of Spanish... but i had fun!   We tried knocking some doors later that afternoon, and literally the first door we knocked this guy opened it, obvious he had just woken up, we started talking he graduated from msu, we talked about the plan of salvation and his mom who passed away 4 years ago. We told him about the Bok of Mormon, asked if he'd read it. He said yes but prolly not on his own. We said we would love to read it w him. He said okay opens the door. We go in, teach the restoration, read 3 Nephi 11 with him, commit him to read and pray about it and he came to church on Sunday, became friends with a member and even had dinner with him that night. I am so blessed to be in Texas bc these people here know how to make Mexican food and street tacos!!! #blessed
We've been able to help a family pack up their house for some emergency construction, so we helped the Ofes pack and move out of their house this week. I love service. Sis g and I wrapped everything we possibly could, like we were professional wrappers by the end of this week. we wrapped computers, tvs, pictures, clothes, mirrors, small children.. JK!

Another blessing from this week, we have been teaching soooo much (which trust me isn't a bad thing) but it's caused us to slack a bit on our tracting literally bc we have no time during the day for it, so we had a few min to knock some doors... of course no one answered until  finally some guy answers the door, said he moved to Wichita falls bc he didn't know anyone and liked staying in his house alone. But he was SO WILLING to talk to us. Sister gentry connected w him about Utah bc he traveled there a few times. He kinda believes in God and turns to a God during hard times. He agreed to let us come back and gave us his number. It's amazing how God has blessed us in our finding efforts no matter how small they've been. ALSOO HOW COULD I FORGET!! We got one of our investigators on date!! she has been working so hard for this and her desire and determination are paying off!! so many blessings!

I have been overwhelmed this week by how many miracles I see in a week let alone a single day. The Lord wants to be a part of our lives, we just have to choose to let Him in.
I love you all! Prayers are being sent your way, Look to God and Live and all that jazz!!!!
Love,Sister Maloney