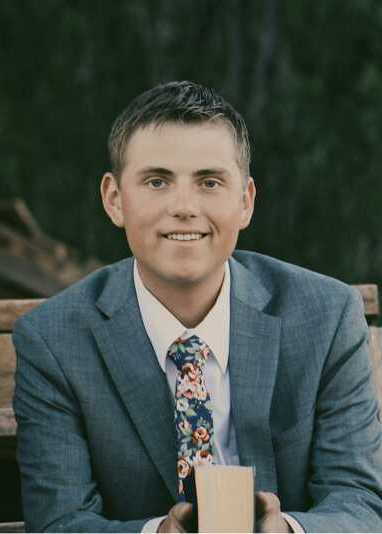 Hey everyone!
This week was long one…but a good one for sure. We started off by having Zone Conference. I loved it! We talked a lot about the Holy Ghost and how we are supposed to have it as a constant companion when we work. It was a great reminder. It's always a good time when I get to see friends as well and hear President Newman teach. After ZC we went on a mini exchange with the ap’s. They had a few hours to spare and decided to come hangout with us for a little bit. I was with Elder Cox, my old MTC roommate. It was so good to catch up and talk. We also had so many funny experiences. We got chased by a black lab! Cox jumped in the back of a parked truck and I clapped the dumb thing with a pebble. We looked up after all the dust had settled, to see the owner of the dog watching the whole thing, but, fortunately for us, she was super nice. We also got called bafoons by an old man because we were taking pics over by the under pass and he threatened to call the sheriff. (bafoons?? That’s one I haven’t been called before!!) On our journey we met an inactive lady as well and talked to her for about 45 minutes. It was awesome to share our message with her!

We had another exchange with our District Leaders this week as well. I was in Blacksburg with Elder Huffaker. The guy is a goober! So smart, that he is dumb and funny! I was laughing my guts out the whole exchange. We were on the bus when the bus driver hit the brakes super hard. That sent Elder Huffaker flying right into me, so I ended getting smashed into the wall. He then almost face plants it, but luckily, he caught himself. Everybody was laughing probably wondering what these two mormon guys were doing! We then walked super far to a cool member families house for dinner. They all speak French, including the young children. On the way back we missed the bus so we ended up freezing to death. Quite an exchange I would say!

The weekend was cool! We had a good district council. Elder Noble and I had to lead a discussion on " Spirit Led Prayers." That of course led to a few good personal studies. We had a dinner that night with some members, and to be honest, it was pretty awkward. They all started singing this song about a hat? Then they had Alexa play it. Was very interesting…different strokes for different folks! Sunday was super good. We had a really awesome testimony meeting. The lesson for the week was awesome too! Right after we went to eat lunch with an older couple named the Whittiers. They are foster parents to two lil black boys who are just a hoot. Sister Whittier doesn't mess around though... in fact she threatened everybody with push- ups if they didn't use proper grammar. I was scared to speak. I felt like I was back in high school sitting in Mrs. Robertson’s classroom all over again! Yikes

My spiritual thought is about prayer. From the bible dictionary it says: Prayer is the act by which the will of the Father and the will of the child are brought into correspondence with each other. The object of prayer is not to change the will of God but to secure for ourselves and for other’s blessings that God is already willing to grant but that are made conditional on our asking for them. Blessings require some work or effort on our part before we can obtain them. Prayer is a form of work and is an appointed means for obtaining the highest of all blessings.

Prayer is important! If we want to line ourselves with God, we must pray daily and communicate with him regularly!
Have a great week!
Love you all,
Elder Brian