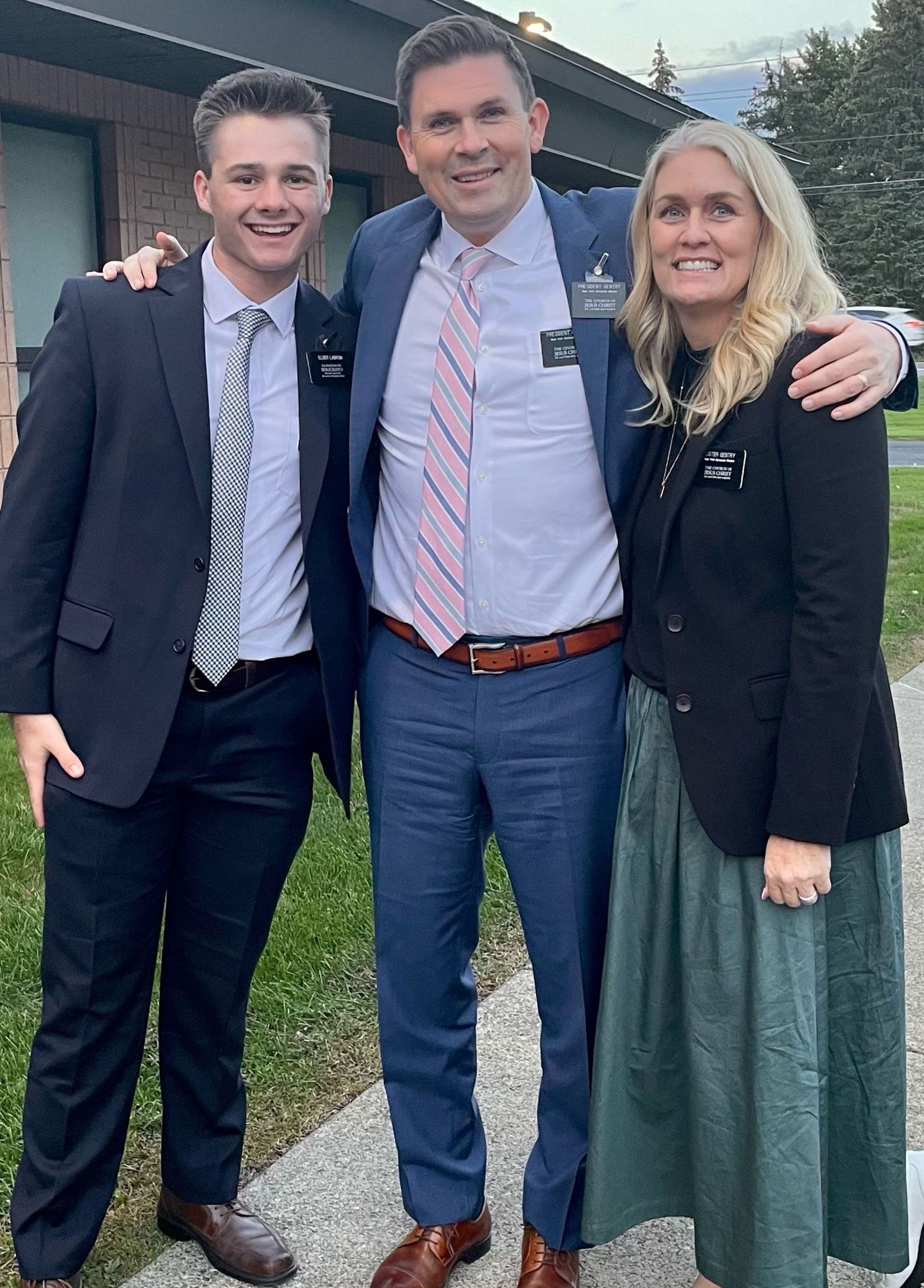 3 days left of home MTC and I am outta here. I will be going to Syracuse New York on reassignment till my visa comes. So I could be there for 6 weeks or for 6 months, I have no control over how long I'm there, but I'm glad I get to go there. It has been so crazy with flight plans, reassignments and visa papers this last week. On wednesday last week I received an exciting phone call asking if I could fly out of the Las Vegas airport to guatemala. And if this meant I could go, then yes of course. That next morning around 10am I see an email come through that says "Flight Itinerary", I open it up and sure enough, Las Vegas-Houston-Guatemala City. I was so excited and so stoked I wasn't going to be reassigned.        Then Friday morning rolls around, i'm in the middle of zoom class and my stake president texts me and says, "Elder Labrum. Can you call me really quickly? Thanks, President Cox.". Nothing important was going on in class and so I called him. He explained to me that even though I received my flight plans to Guatemala, I have been reassigned to Syracuse New York. And let me just say.... I wasn't even disappointed, I was actually so stoked. I have been to Syracuse before when Cutty played at Cooperstown (only about an hour away). Also the church history sites are in My Mission!! So maybe I'll get to serve in a place I've been before! It would be a dream to serve in Cooperstown or Palmyra. And to even say that those places are in my mission is pretty cool. I do have to say, the only downside to New York is it gets roughly 10 feet of snow every year.... And Guatemala never drops below 70 degrees on an average day. Definitely a huge climate swap. So, I have bought a few sweaters to take, but there is no shortage of stores I will be able to go to if I start to need warmer clothes. I have heard from many people that New York during the fall is so beautiful with all the trees changing colors, so I'm excited for that! I also get to drive in this mission, so I've had to do a few more things to get that squared away. And this mission requires a phone while Guatemala didn't. Thank goodness for Amazon Prime, or else I would be stressing to get a few last items ready on time.      Anyways, I am in my last week of MTC, some days it feels like Home MTC flew by, and some days it felt like the longest days of my life. But I am excited that I am only an arms length away from serving the people of New York. I am ready, I am ready to leave and serve for 22 more months.

Pictures:1-2: My Mini Spanish Quad finally made it here! I custom ordered it like 4 weeks ago, hoping to take it on my mission. It is so nice and I am so excited for the day that I won't have to read it in English to understand what it's saying.And that day is coming soon, I can comprehend most words by now.
3-4: This last sunday, we took a little trip up to Santaquin for Aunt Makayla's surprise birthday. The weather felt so nice, and I was able to catch up with Gage and Megan before I leave. Also, Cutty drove from Santaquin to Beaver on the freeway and it was a little scary at times. Especially because he is a new driver and doesn't fully know how to blinker, merge,slow down the cruise control, and move back over, without slowing down to 60mph. 😂 But thats okay, I was there once upon a time too. And he did good the rest of the way, and we are still alive. 😎
5: A few pictures from when I was in New York; Where I will be heading next week.