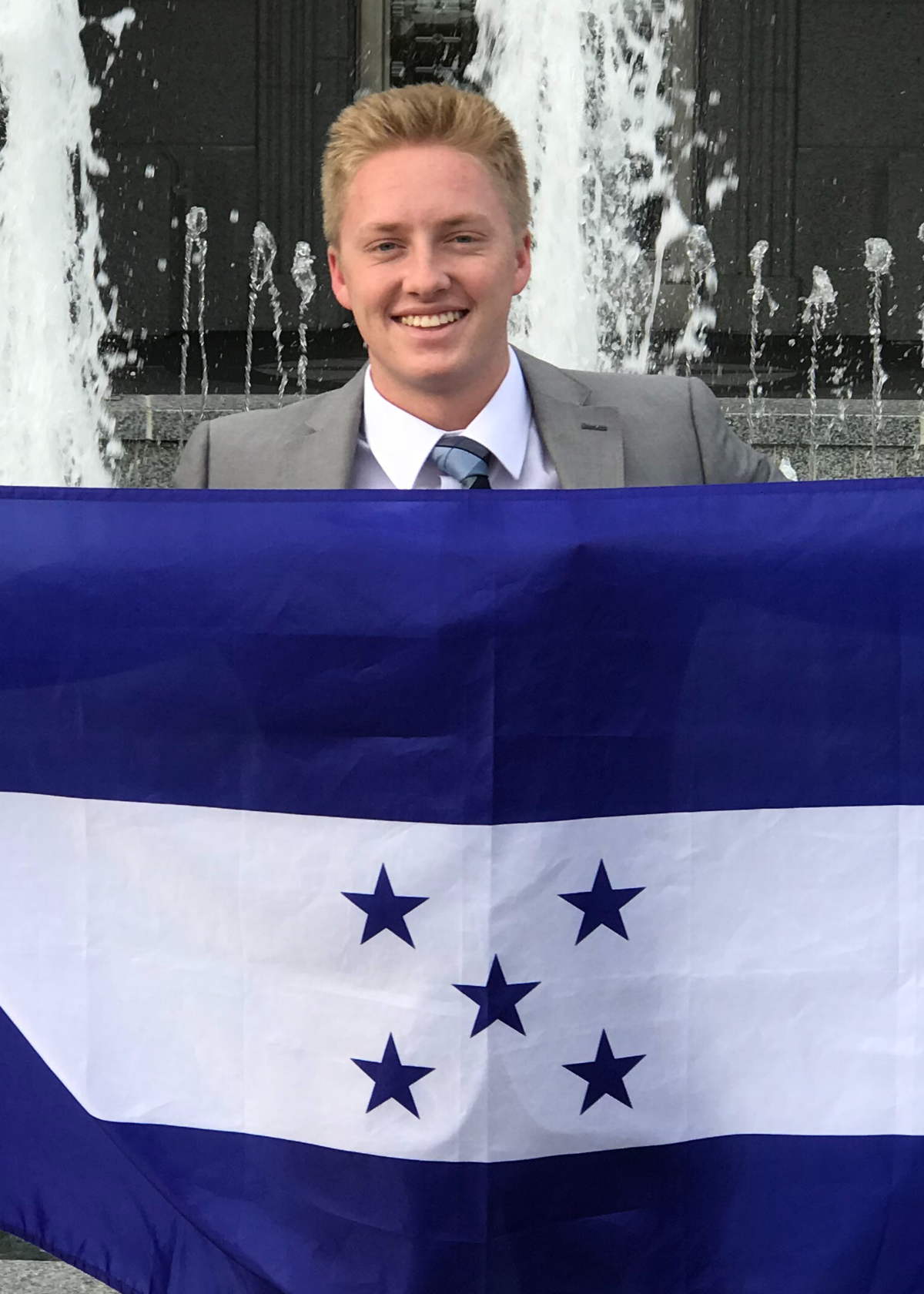 Que loco este cambio ha sido?! Definitivamente puedo decir que he aprendido mucho este cambio. Con muchos compañeros, muchos áreas y todo he aprendido mucho. Y por fin me enfermé jaja pensé que nunca iba a pasar. So ya this transfer has been a wild one and a transfer that I don´t think I´ll ever forget haha. This week was really crazy and a lot of stuff happened and I have a lot to say so lets get started.

First off, this week my companion Elder Maynez went home! We took him in a bus to San Pedro Sula on Wednesday and dropped him off in the Mission Office. He was really happy to finish the mission and he said that the time had just flown by. It was really cool to see him end strong. So we dropped him off and then we went back to our area just me and Elder Carranza. It was kind of weird at first because almost this entire transfer I've been in a trio and I actually kind of liked it. So it was a little different to just be in a normal companionship again with the two of us. Elder Carranza and I get along really well so that's good.

Secondly, there has been a storm down here in San Marcos every night. Every single night, I´m not kidding. Right around 7:00 p.m. the lighting starts and it's these enormous purple lightning bolts accompanied with the loudest cracking thunder you have ever heard. Then it starts to rain super hard...and then the power goes out. It's been really frustrating this week because the power has gone out super frequently and when that happens it just means more heat and being uncomfortable LOL. It was kind of crazy because the other night while we were walking to an appointment the nightly storm came along and just smacked us. I've never been so wet in my life. My agenda and my hymn book were soaking wet along with everything I had with me. As we continued on our way to the appointment we were walking through roads that were completely flooded. It was wild! It's crazy how huge the storms are down here. They're super short but super powerful.

Thirdly, I finally got sick! I say that like it is a good thing. I was pretty lucky to have gone over six months without getting sick. It was bound to happen. On Friday I woke up not feeling too good with pain in my stomach. I didn't worry about it until later when I got a huge headache. From there it just got worse and worse with fever, pain and soreness in my body, chills, and...well let's just say that it was not fun at all haha. On Friday night I asked my companion for a priesthood blessing which he gave me. As he gave me the blessing I felt the spirit and a peace that all was going to be ok. Even as my condition worsened over the course of the night I knew that everything would be fine. At about 3:00 a.m. I couldn't tolerate the pain and we went and woke up a member in our branch who just got released from being the branch president. He was super nice and super helpful to wake up at 4:00 in the morning to take me the 1 hour drive to the Hospital in San Pedro Sula. Once I got to the hospital they put me on antibiotics and other medications. I was pretty dehydrated so they kept me over night in the hospital. I started to improve and by Sunday I was feeling a lot better. I got released from the hospital at 2:00 p.m. on Sunday and now I'm back in my area and feeling a lot better. I will be on a ton of medications for the next 10 days or so. They are doing some tests to figure out what bug exactly I have. Until then they just give us medication to treat all the most common sicknesses haha. I am so grateful for the blessing that my companion gave me and so grateful for the priesthood of God that has been given to us to work miracles as we are worthy of them.

So a couple of funny stories:
1. While coming back on the bus from dropping Elder Maynez a girl on the bus asked if I spoke more English or more Spanish. I told her in Spanish that I knew more English. Then to test me she said, "How are you?" I replied "I am doing great how are you?" She then looked at me puzzled. She then repeated the question "How are you?" I replied with the same answer but she was still puzzled. She then turned to my companion and told him in Spanish that I don't speak English. She then went on to explain that after she asked, "How are you?" I had to reply with "I am fine, thank you" I thought it was funny because there are so many ways to respond to that question in English (the same with Spanish) but from the little bit of English she knew she didn't understand my response and didn't believe I spoke English.

2. While I was sick on Friday night I was sitting outside applying wet towels to my neck to cool me down because we didn't have power (not surprisingly). As I was sitting there I felt something crawl up on to my toe. I jumped and flashed my flashlight down at the ground to see a fruit bat crawling away from my foot! That freaked me out a bit haha! You gotta love the jungle wildlife.

3. In the hospital, they asked me for my full name. After giving them my name (Kyle Matthew Ludlow) they just started calling me by the name "Matthew". I'm not really sure why, but it reminded me of my dad and made me feel a little weird LOL.

I've also felt the spirit a lot this week as I have taught people and I have grown more and more firm in my testimony which has been amazing. I truly want to testify of the power of the priesthood and the blessings it can bring if we are worthy of it and strive to seek them. I love you all so much and I hope you have a great week! And happy father's day!
Love,
Elder Ludlow