The Mission here in Michigan 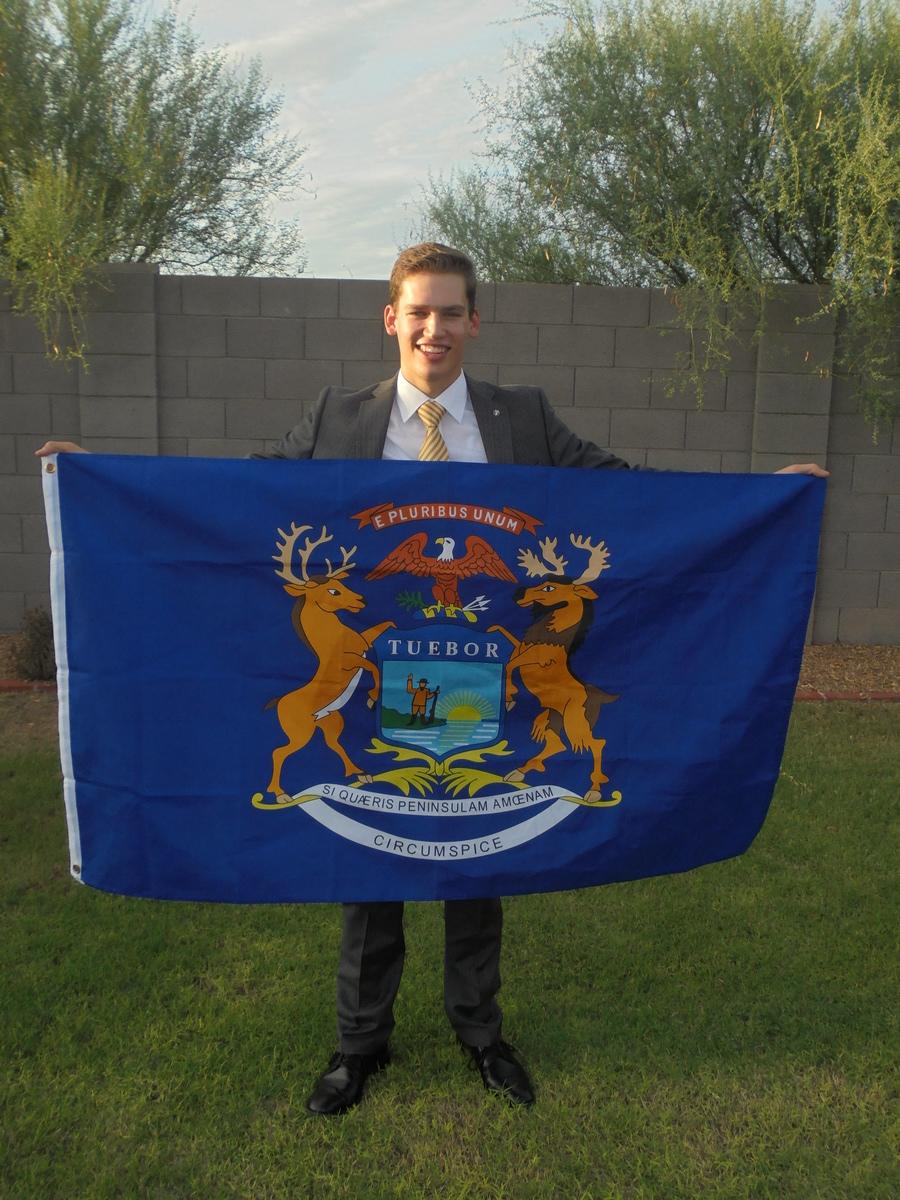 The Mission here in Michigan

Its been a dang good week! Lots of cool things are happening here and Elder Aros and I feel blessed! We are also feeling a bit chilly because its been in the 50s and 60s all week! No one thinks its cold yet but I tell them well that's my winter back home! And all of them say well get ready there bud cause its gonna be a cold one this year (oh dear). But things are good here and we are working hard here in Owosso! Here's last weeks rundown!

Monday
Just another pday! Still ballin it up in bball! I didn't even realize it was labor day until someone told me. I have gotten so used to the mission life I don't even realize the holidays! Ha ha but we had some fun and then went and visited some less actives! We are really trying to reactivate the members here because their are so many of them.

Tuesday
Tuesday was a good day because we did a lot of teaching! We taught 4 potential investigators and picked 2 of them up as new investigators! The Lord is blessing us here with his precious children prepared to hear the message of the gospel!

Wednesday
We had a district meeting (our last one with our district leader Elder Clark who is probably being transferred because hes been in St. Johns for 7 and a half months) about how to best coordinate and do our morning schedule. The things I've learned have been really helpful! I've been working out a ton too! I've gained 10 pounds since I've been out, but that could be the good food here too! We visited a lot of less actives and committed them to church.

Thursday
We did a lot of finding and then taught this one guy named Terry, who has some very strong political beliefs. He thinks Donald Trump would make a good president (#trump4pres) He rambled on and on for a good hour, even when we tried to teach him , he just picked up and kept going. He said we could come back, but I think he just wants the company more than the message.

Friday
We drove out to one of the towns in our area called Laingsburg. We did a lot of finding and visited some less actives. We visited a guy named Keith Bojeson, a recent convert who went inactive after one month of his baptism. He committed himself to come to church which was awesome! And we did see him at church! He's a stud!

Saturday
We did a lot of walking and talking! We went to a memorial for a lady that had passed away. I hate funerals and stuff like that so I didn't really enjoy it but the luncheon was our dinner so ya. But we are always tired on Saturdays because we do tons of walking! I like it but my companion likes to call for rides. It's nice weather here too!

Sunday
We had a few less actives at church so that was sweet! We updated our area book and got super organized and ready for all these new potentials we have! We did some more less active finding and are meeting with a few this week! I hope we can get them to start coming back to church! We had a potluck for dinner and I met this one guy from Flint Michigan. I told him I had an uncle about 20 years ago serve in the Detroit mission named Elder Hull. He says it sounds familiar, so Brad if you served in Flint and remember a Jim Balcer, that would be cool! I have his email if you do! Ya I don't know what it is with these 'Ganders but they a have a potluck for just about everything. Someone loses a tooth here and they have a potluck.

Another good week down! Cant believe I've almost been out for 2 months! The time FLIES here! I appreciate all the letters and emails! I'll try to respond to them asap. This gospel is true! Love you all and talk to ya next week!