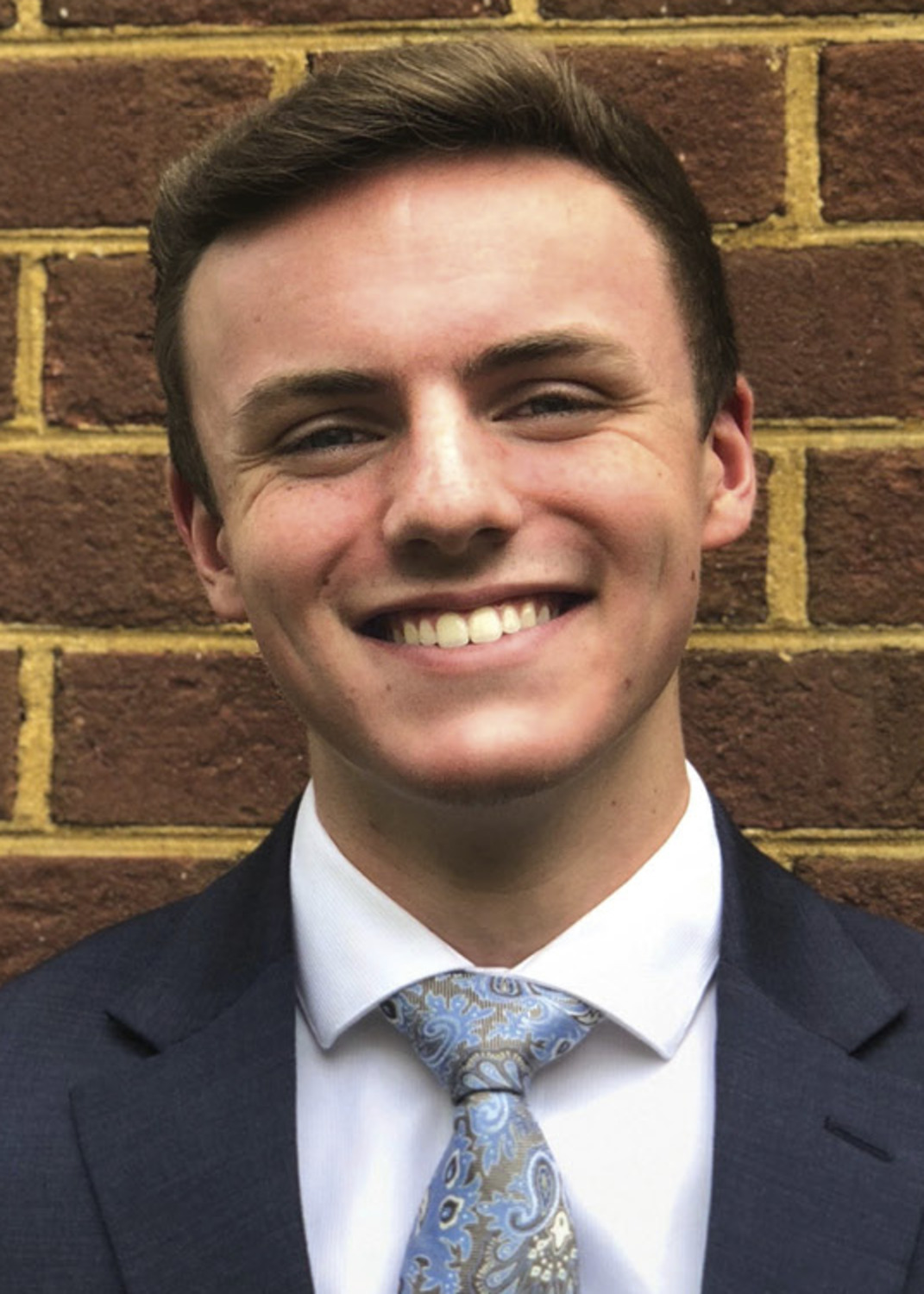 Hello everybody. Please forgive my lack of emails recently, we’ve been fairly busy and I’ve found it hard to nail down a time to sit down and write a decent email. I may have to only send them every other week or so from now on but we’ll see how that plays out.

I’ve discovered that the sickness never fully goes away and I will most likely be spending the remainder of my time here in a state of perpetual sickness haha. I have found, however, that the body does begin to adjust to crazy foods and that the recovery time has started to shorten from crazy meal to crazy meal. Since I’ve last sent an email I’ve had some pretty wild foods. Liver and rice, vertebrae soup mixed with organs, the heart of a mystery animal, horse intestines, and of course, 2 sheep’s heads, to name a few things. I could certainly tell a story from each experience but I’ll stick to just the sheep’s heads for now.

In Mongolia, sheep’s heads are a delicacy. They’re usually saved for very important or noteworthy events such as graduations, weddings, big celebrations, etc.

For those of you with a good memory or eye for detail, you may recognize this ger:

This was the first ger I ever went to, my first night in country. Last time we were there, at the end of the visit they said to us, “Next time y’all come, we’ll feed you sheep’s head.” We all laughed and brushed it off, thinking that they were joking. Oh boy were we wrong.

We walked into the ger and saw a pressure cooker on the ground, viciously steaming. We sat down and my comp said to me, “I’ve only ever had 2 things cooked for me in a pressure cooker here and if it is what I think it is, we’re in for a treat.” A few minutes later, the lady took the lid off of the cooker to check on it and we anxiously stood up to see what was inside. His suspicions were confirmed. 3 sheep’s heads all cooking on top of one another. 1 head for the humble family of 3, and 2 heads for us.

After another half hour or so dinner was ready.

The whole process of eating it was extremely interesting, I really wish I could send more than just a couple pictures in this email to help explain it all. The funny thing is that looking back on it now it looks pretty disgusting, not gonna lie, but in the moment I was so amazed that people actually eat and treasure this that I was just eager to jump in headfirst and really embrace this culture and these people. I think the Gift of Tongues definitely applies to being able to eat these people’s food as well as speak their language. If someone were to come put those heads down in front of me somewhere else I don’t think I would’ve even tried it but since I was in this family’s ger which they had so kindly invited me to and spent the time and money to prepare this delicacy for me I had such a love and gratitude for them that these heads hardly even phased me. It really is funny how that works.

Yet again, similar to when I was fresh in country, I had a moment of reflection where I took a step back and looked in on the situation from a different perspective. Here we were, a couple of kids from America, where there certainly couldn’t be any larger of a difference between cultures and customs, but there was still something oddly familiar there. We laughed, we talked, we ate, they loved us and we loved them. We were family.

“Compassion can be put into practice if one recognizes the fact that every human being is a member of humanity and the human family regardless of differences in religion, culture, color and creed. Deep down there is no difference.”

So here we were, eager to participate in this cultural experience and eat these heads. Traditionally, we could only begin by breaking the jaws, so we did. After that, it was kind of blur. Look in a mirror and any part of your head that you can see, I’ve eaten. In Mongolian culture, you feed your guests before yourself and if they finish what you give them, you give them more. As the host, you cannot eat while company is present, you instead must sit with them until they leave, after which you can eat the leftovers for you meal. So, the whole time we had our knives trying the navigate the head of this animal they just sat and watched us, laughing at how fascinated we were and making sure we didn’t miss a single piece of edible (and I use the word loosely) food.

We started with the most meat looking thing on the head which were the jaw muscles. After that, we moved on to the outer cheeks and followed it up with the nose which was surprisingly still very much full of boogers and snot. Then, we moved onto the inside of the mouth. We ate the tongue, the inside of the cheeks which have probably the grossest texture of anything I’ve ever eaten, rivaled only by the roof of the mouth.

The inside of the cheek.

It felt so weird to be eating a mouth. Definitely not my favorite part of it. Once that was finished we moved back to the outside of the head, finishing off what we missed and picking it clean. We bit off the ears which unsurprisingly feels like you’re eating an ear. The cartilage is very crunchy and then it kinda just melts and leaves a weird aftertaste. Now, all that was left were the eyeballs, which upon rupturing, are like the largest, nastiest tasting gushers you’ve ever eaten. We chased those down with the very, very chewy eye sockets. Then, finally:

The whole ordeal lasted a total of almost 4 hours. We weren’t allowed to leave until we had finished both heads and picked them clean. I’d definitely be lying if I said it was even the slightest bit tasty or it wasn’t difficult. It certainly was, but like I mentioned earlier, there was something helping me out making it a lot more manageable than I would’ve ever imagined. We headed back home just a little past 10, but our day wasn’t over yet.

[Sidenote: Another interesting facet of Mongolian culture is how they stay up very, very late every night. I’ll see little kids running around playing on a playground outside our apartment well past midnight on weekdays. It’s just the way their culture is. Because of this, and the fact that the sun sets very late, our mission rules are very different than other missions. We don’t have to be home until 10:30 at night and have no time restrictions on our meals with families.]

We had a long night ahead of us dealing with various stomach problems and multiple trips to the bathroom. The whole night and next day we were both very sick but I guess that’s just the price of eating an animal’s head. I wouldn’t take it back for the world though. That night was an invaluable experience that I’ll never forget.

It kind of blows my mind that even though we are all still just humans and part of one big family we can be so different in our customs, cultures, practices, and beliefs. Me, this teenager from America, just spent a decent amount of time detailing my experience of eating what was such a bizarre thing for me but totally commonplace thing for Mongolians, to a bunch of people on the opposite side of the world who most likely, like me, have never even had the thought of eating a sheep’s head cross their mind before.

As people we can be very different sometimes. And sometimes, those differences can inadvertently separate us or create barriers. But, as poet and civil rights activist Audre Lorde once said, “It is not our differences that divide us. It is our inability to recognize, accept, and celebrate those differences.” I’ve found that to be very true. If I look at the Mongolian people from a teenage American’s perspective, it’s a very weird, foreign, challenging experience and environment to be in. However, if I take it from the angle of being their brother and just having that desire to help and serve them, my perspective completely changes. I see where they’re coming from, I see why they do the things they do, I see why they act and why they are the way they are. I believe this is the way we should see everybody. Compassion grows exponentially when you have a real desire to understand and love that person. It’s put quite simply in Peter 3:8-

Finally, be ye all of one mind, having compassion one of another, love as brethren, be pitiful, be courteous:

Compassion is a concept that is simple in theory but can quickly be realized to be much more difficult in practice, attempting to overcome our own pride, selfishness, and hypocrisy. I can testify that it comes much easier once we just make a consented effort to acquire that attribute of compassion. I challenge each of you to view your fellow man just a bit differently this week. See them as the brothers and sisters of yours that they really are, then, treat them as such, with love, kindness, and most importantly, compassion. I know that as you do this that you will feel happier and more fulfilled, and that you will uplift your brothers and sisters who are probably going through the same ups and downs and struggles as you. This is the way to find happiness and peace, through living the higher law that Christ instituted during His ministry on earth. The higher law is simply to love one another. The word for love in Mongolian is хайр which is pronounced fairly closely to the word “higher”. That’s helped me keep that goal in mind. I know that as you do the same, you and those around you will be blessed for it.

I say these things in the name of Jesus Christ, amen.