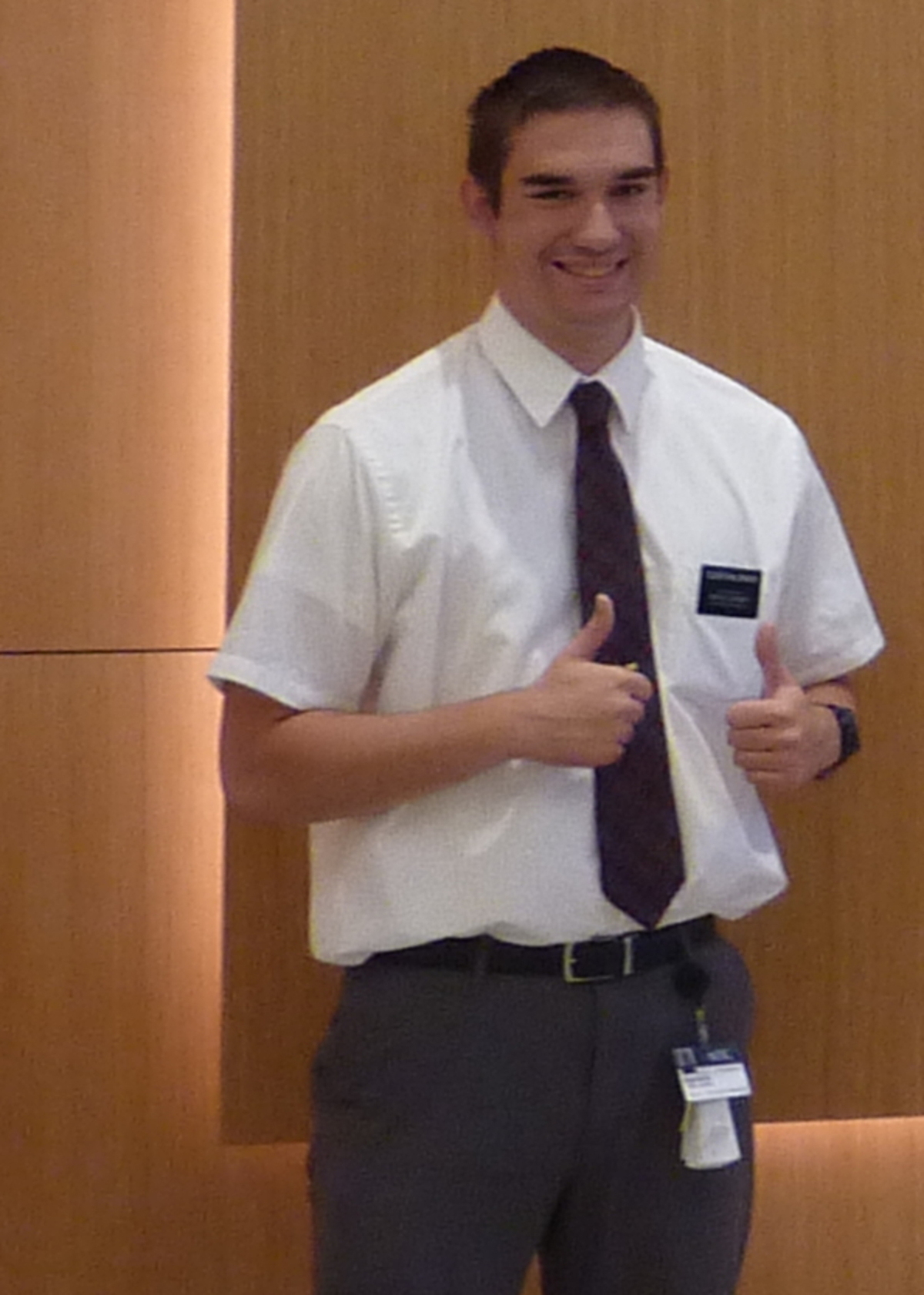 This week has been quite interesting. This Sunday I was called to be a district leader. My duties include distributing mail to my district; conducting meetings; leading our district on goals, following the rules; and approving or denying companion splits within my district. I am pleased that my branch presidency has extended this calling to me, and I am in awe that the branch presidency and the Lord believe in me enough to be a district leader. I know not the entirety of the Lord's plan for me, but I know he has great plans for me, greater than I couldn't have ever imagined just a couple years ago. I stumbled upon some scripture in 1st Corinthians Chapter 2 that I enjoyed during my scripture study during personal study. It talks about how the Holy Ghost can teach us and testify of things, and how the things the Lord has planned for people is beyond comprehension:

"But as it is written, Eye hath not seen, nor ear heard, neither have entered into the heart of man, the things which God hath prepared for them that love him. But God hath revealed them unto us by his Spirit: for the Spirit searcheth all things, yea, the deep things of God. For what man knoweth the things of a man, save the spirit of man which is in him? even so the things of God knoweth no man, but the Spirit of God. Now we have received, not the spirit of the world, but the spirit which is of God; that we might know the things that are freely given to us of God. Which things also we speak, not in the words which man’s wisdom teacheth, but which the Holy Ghost teacheth; comparing spiritual things with spiritual. But the natural man receiveth not the things of the Spirit of God: for they are foolishness unto him: neither can he know them, because they are spiritually discerned. But he that is spiritual judgeth all things, yet he himself is judged of no man. For who hath known the mind of the Lord, that he may instruct him? But we have the mind of Christ."

Thank you all for your support and love.
Best regards,
Elder Carl Joseph Bialorucki
Cauayan, Philippines Mission
Missionary, The Church of Jesus Christ of Latter-day Saints

ANG SIMBAHAN NI JESUCRISTO NG MGA BANALSA MGA HULING ARAW
1st Picture - Someone this week did their family history research all the way back to Adam and Eve. I thought it was pretty cool so I took a picture.
2nd Picture - Me next to a very prominent and famous sign in one of the buildings.
3rd Picture - After 3 weeks, they finally flew the Philippines flag outside the MTC!

4th Picture - I found Elder Lewis in the MTC! Those in the El Dorado Hills Ward may recognize him.
5th Picture - A picture I took of our district in class.