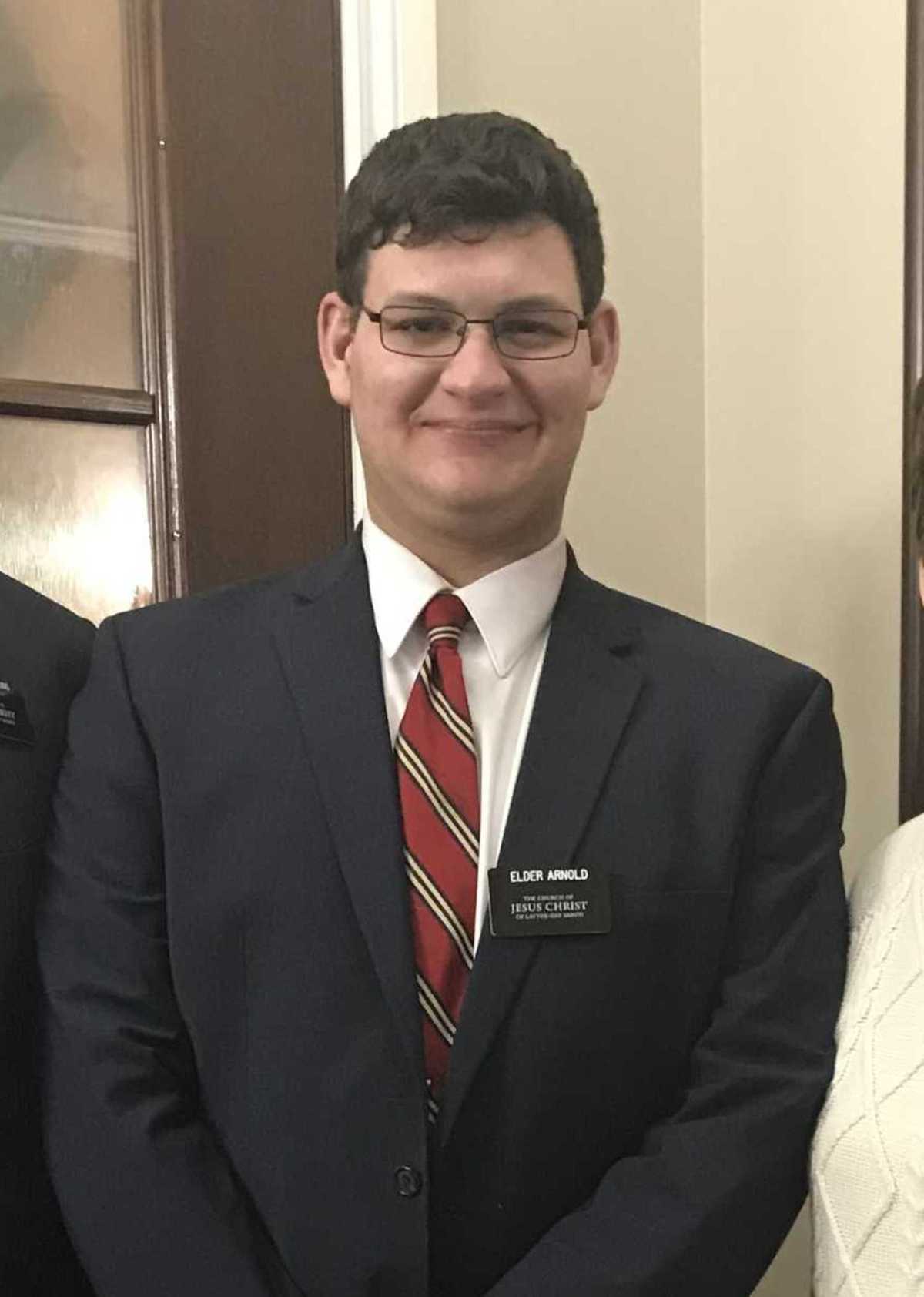 Hello Everybody! It's another fun email from Elder Arnold.

Tuesday: We worked in a soup kitchen for a few hours. That was cool. We meant to go visit a member but they moved so we found a Marshalesse family in there. We referred them to the Marshallese Elders. We got dropped by a guy. He misunderstood us and he was like "You guys believe God sends hitmen and I dont believe that." We were like What????
Wierd situation. We met a guy named Pete who is a literal hippie. He talked about politics, tye dye, weed, and multiple jail sentences. Really chill dude if you get what I mean. Lol. We had dinner with a family and taught their son about baptism. We were able to meet a non-member family that was pretty cool. We don't get to teach them tho.

Wednesday: Got some appointments from calling people. Had sandwiches for lunch. We went and tracted in a trailer park. We were invited in by this couple who we found out were liberals and loved the Titanic and literally had 5 posters of the Titanic in their living room. We had dinner with Candi and Ken who we are teaching. They had 7 dogs! We met a guy named Jason at a Coffee Shop that night. He bought us hot cocoa that was freaking legit!! He believes in Pre-Destination and is very intelligent so this should be a fun challenge.

Thursday: Zone Conference went till about 4:30. We had dinner at the Bishop's house. We had an appointment in a backwoods trailer park but the lady left a voicemail saying she wasn't interested so we decided to tract. We parked the car on the side of the road and went tracting. About 20 minutes later there are 2 cop cars surrounding the car and officers knocking on the windows. We walk back over to the car like oh boy here we go. The officers tell us that we were on private property and that there was a murder at that exact house like a week ago.

People saw us park there a week before because we tracted only part of the street. The cops talked to us about the murder and how they hadn't found a suspect yet. We were loaded into the back of a cop car and taken to the police station. We were put into a cell and stayed there till the next morning until Detective Hammontree, the homicide detective came in and told the police about how he'd just found somebody. We were released and given warning not go there again.

Friday: We helped an older couple move a washer and dryer and she made us some Bomb cherry pie!! We met with Joe And read the Book of Mormon with him. That went really well. Cops didn't get called on us! Had dinner with some vegans...

Saturday: Went tracting in a rich neighborhood. Walked like 5 miles cause I didn't have a bike and we were out of miles for our car. Helped some people move. Visited Richard Bensing who talks like a sailor. He was literally talking about how fish and water bottles go together so you.

Sunday: My first time with the 2 hour block. Met a lady named Kelly Olsen. She's really nice. We had a surprise inspection of our apartment which I think we passed. Had a MCM and Bro Ballaro let me borrow a bike. We biked 5 1/2 miles for dinner. Got a call telling us we had exchanges this coming Tuesday. I'm gonna be in Fayetteville at the University of Arkansas.

Yall email me! I got all day! Love to hear from yall! I hope yall realized the last paragraph under Thursday was made up. It was crazy tho.