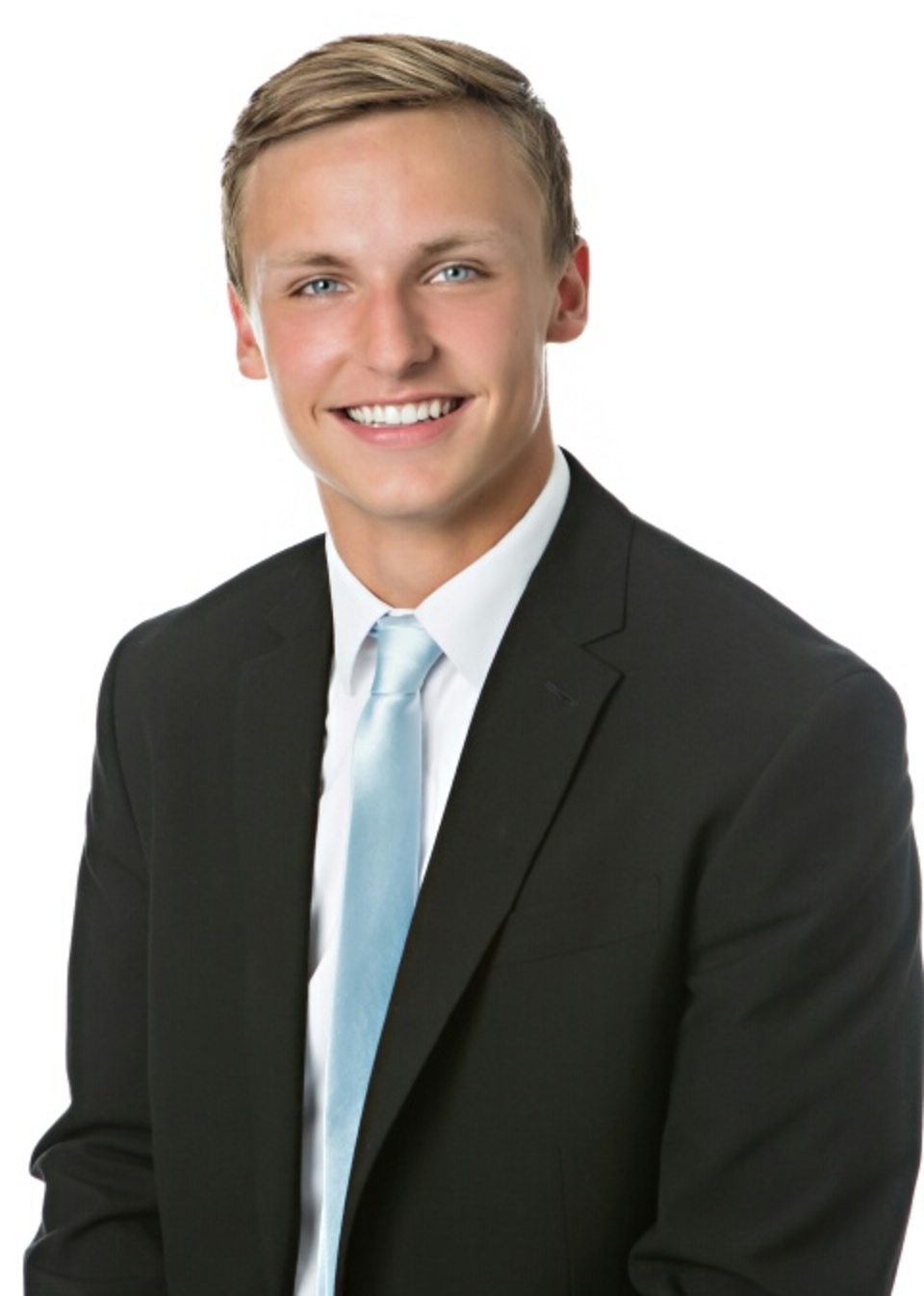 What's
up majente?  Hi friends of Ben.  You all are really cool!

It
is a fun week and I have gotten my very first child and he is very tall!
How tall are you Elder?  Elder Hansen says "6'5".  He's not
a small one either.  He's like Elder Atwood, but bigger.  He speaks
Spanish well, too, so it's really fun!  I forgot to write down things for
the week that happened.  Oh, we had to run --more like sprint--for the bus
on Sunday and it was pouring rain.  My companion is very tall and so he
has his hood on and I'm very short and I'm running under all of these trees, so
I won't get wet.  My companion looks up and hits his head on the tree and
falls right on his rear (thank you Mama) in the rain.  A car honked, because
they thought it was funny.  He biffed it pretty hard.  He's okay
though.

We got
a new Elder in our district--Elder Wincogle.  He's really cool!
(Love you Mom!).  He kind of dresses like Grandpa, but other than that
he's really cool.  This week we spent a couple of days in the Visha, which
is a really poor area.  They're like a totally different culture which
talks and acts differently.  One time we talked to these little kids who
were around nine or ten.  They had a chicken with them and then asked me,
"do you have a chicken?"  I said no, do you?  He said yes,
I've got one right here.  He said this is my fighting chicken.  It
fights other chickens.  I asked if it killed other chickens and he said
"yeah, dude, one time I put it in the circle and it killed them
all!"  I was like, okay, that sounds like fun.  Hmmm....
This other group of kids listened to us and then a crowd formed and we were
teaching all of these kids.  We taught them how baptism really needs to
be.  We told them that this baptism can only be found in one church on the
earth, the one with proper authority.  After you are baptized this way, it
is really good, you can have the companionship of the Holy Ghost with
you.  The kids thought it was super funny, because I was talking super vashero.

This
last week we invited Mercy to baptism and she said "yes."  She
is getting baptized this Saturday.  We also went over to Adona's house,
she is a super cool lady.  She has been to church a couple of times
already.  We challenged her, but she said she had to drop some weight
first.  She said she was too fat.  We told her it didn't matter to
God, but she said she had to do it for herself.  She will not get baptized
until she loses some weight.  That's hard for us to help her with since
we're not really personal trainers.  We'll see what happens with
her.

Eduardo
finally got his "torna" taken out and then you can get married in a
month.  They should be getting married soon!  They finally got
it!  We're just waiting on that.  He's so excited to get baptized!

My
companion got a ridiculous package this week from his family.  Goodies and
snacks, macaroni and cheese, it's ridiculous!  His family's pretty
awesome!  We're eating well this week.  We also got bunkbeds.
We didn't even use our beds because they were so bad--we just slept on the
floor.  We had really trashy beds.  Now my companion is sleeping on
the top bunk and he's 6'5" and its an Argentine bed.  They're pretty
short and small.  He's just got his feet hanging off of the end of the top
bunk.  I've asked him several times if he'd like to switch me and put
something on the end of the bed to support his feet, but he says he likes it up
above.  Okay!

We're
walking in downtown Ramos right now and it is loud!

Earlier
this week we were in the Veshe and I was trying to get us home, but I
accidentally took us through even more of the Veshe.  That was really
bad.  These drunk people stopped us and tried to give us hugs and
stuff.  This really big group of drunk people tried to give us hugs and we
were trying to get out of there.  They kept trying to keep us there, but
it was awkward and we got out of there.  That is it for this week.

My comp
is really cool and I'll send you some photos.  It was fun!  That's
it!  Ben asked his comp to bear his testimony really fast in Spanish and
he did.  (Sorry, couldn't transcribe it.)

Ciao,Ciao!
We are in Argentina.  Elder Affleck, Read it.