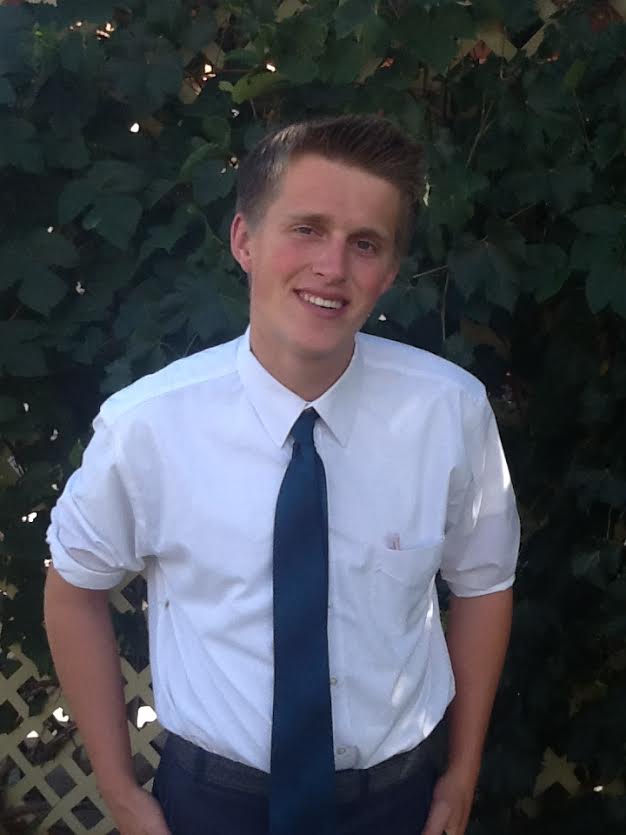 Dear friends, family, and others,
How are you all doing? I hope things are going well whereever you may be.
This week was great =) I really enjoyed it. To begin this email, I'd like to teach you all about "The Bad Word". There is a pepper here that is super hot. In fact, the Argentines named it after one of their worst words. As a result, everyone just calls it "La Mala Palabra." (Which means the bad word.) Anyways, Elder Sosa and I were at a member's house the other day making tacos. This family is named the Mazzer family. There is the grandma and her husband, their daughter, and their three grandchildren, the main character of my story today is Pedro. He is the middle child of the three, and is about 7 years old.Anyways, Elder Sosa uses the Bad Word pepper to make one of his salsas. So, there Elder Sosa was cooking, next to him on the counter were 10 or so of these peppers, and there I was talking with Pedro. Like most pre-lunch time conversations, the topic changed to food and eventually reached the topic of the Mala Palabra. Pedro grabbed one from the counter, daring me to eat it. In my time here in Argentina, I had already eaten two of these peppers. Plus, a few months before my mission I had won the Buffalo Wild Wings Blazing Challenge, the peppers weren't a big deal to me. They were spicy, but I could handle them.
"I will eat one if you will eat one," I said.
"No way! I am not going to do it," He answered.
I shrugged it off and then kept talking with Nacereno. Soon Pedro came back with two very tiny pieces of pepper. "If you will do it, I will," He said to me. Of course, being me, I accepted his challenge.
The Bad Word is pretty dang spicy, but I wasn't too bothered by it. On the other hand, poor Pedro didn't take it so well. At first, he put the pepper in his mouth. The spiciness didn't hit him for about ten seconds, and for those ten seconds he stood tall with his chest puffed out. Then, it hit him.
One of the worst screams I have ever heard came out of that seven year old boy. He began jumping up and down and hitting the wall. "LECHE! LECHE!" he screamed (which means milk!) The grandma ran into the room and handed him a full carton of milk. He poured it all over himself. Then, he ran outside into the pouring rain and took off his shirt. He opened his mouth and tilted his head back, trying to take in the rain. He kept screaming and crying. Then, he began stuffing his shirt in his mouth. It was hilarious to watch! For about ten minutes he was out there in the rain screaming, eating lemons and asking for more milk. To be honest, I laughed a bit (actually a lot).But, the better part of me felt bad. That pour kid was scarred for life. Plus, I was afraid the mother of Pedro and the grandma of Pedro would get really mad at me. I walked into the kitchen, where they both were. With my head bowed, I told them I was sorry.
"For what?" They said looking out the window at Pedro, "This is hilarious!"
Soon, all three of us were laughing. It was an incredibly awesome experience. And now Pedro knows that he can never use bad words.
Anyways, that is my story. A lot more happened this week but this email is already long! I want to cool things down a bit and share a thought with you all. I have been working on my prayers a lot during my mission and I have felt God's love many times. I hope you all know, like I know, that you can kneel down before your Maker, your Heavenly Father, and talk to Him at any moment. He is listening to you and He will help you. He answers prayers. I love you all! I am praying for you.

-Elder Keeley
PS.
The First picture is us with the Mazzer Family.. Pedro is the kid in the striped shirt that isn't quite in his seat. The Second picture is of Benjamin and Candelaria, an old couple that we have been helping for a long time.