'MERICA Kinda Unrelated to this email, but Happy 4th 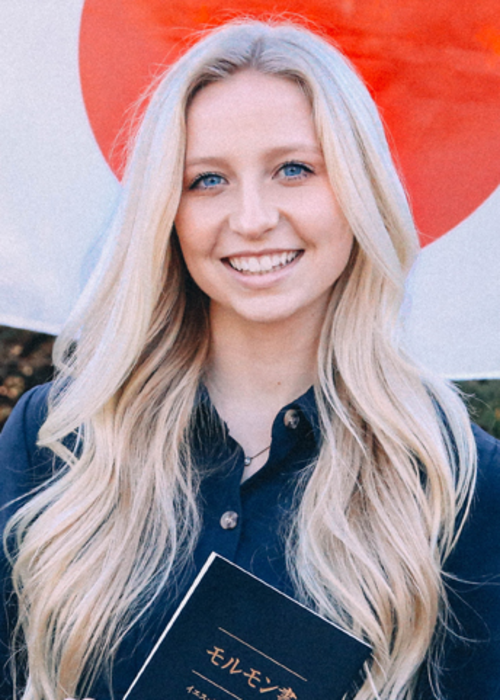 'MERICA Kinda Unrelated to this email, but Happy 4th

I don't know about you, but I'm feeling twenty twooo!! Well, actually my sister is. Happy Birthday to my favorite older sister Nicole!! Also happy Canada day and fourth of July! Proudly repping 'merica here in Japan!! Except for the fact that they all think I'm Russian or German...ah well, still proud to be American. Also celebrating that fact later today, hopefully more pics to come next week.

Weekly quirks turned miracles:
- Learning the word "chuunibyo", aka the sickness of being a teenage girl, and "betsu bara", being full, but having a second stomach for dessert. In the old folks home the Elders helped me make an unexpected friend! Cutest college girl overheard our conversation and started laughing so I turned to her and ask if the Elders are pulling fast ones or if those are actual words. Surprisingly, they were telling the truth and we got talking. She volunteers every week too so we are planning on keeping this friendship going (and ya know just bringing her to Christ) and ahh I love her already!
- For our English class we pass out flyers at the train station 2 times a week. I was racing one of the Elders to see who could pass out our last ones the fastest, yours truly won, if you were wondering.... but then MIRACLE. A lady recognized the badge on one of the Elders and stopped immediately to talk to him. She said she was interested in English AND HAD HEARD ABOUT THE BOOK OF MORMON. Literally unheard of here. She said she's coming to English this week and wants to possibly find out more. So heads up for next week
- Another "totsuzen" (out of the blue) miracle. Harmon shimai and I were talking with a few members after Sunday School when a member came rushing in saying "Sisters come come!!" Thoroughly bewildered the two of us rush after her. We get in the hallway and there is this cutest lady who wanted to start learning English from us AND WANTED TO KNOW ABOUT CHURCH. We planned a lesson for Thursday and honestly it can't come fast enough!! These people are so awesome! I am so excited to see what happens this week!

Zone Conference. Okay so my mission president and his wife, the Warnicks are so inspired it's unreal. I love how even though we've been told we're one of the most obedient missions, they push us to be even better! All they want is for us to work hard--and why not?! That's when you're happiest anyways. The conference was all about the Book of Mormon. What an incredible book! Joseph Smith translated 531 pages in 3 months. In a language he had never seen before. Without a dictionary. Now, could he have done that without God's power and being under His direction?  No way in any shape or form. I think Elder Holland summed it up best,  "No wicked man could write such a book as this and no good man would, unless it were true and he was commanded of God to do so." No truer words. I too may not have seen all the visions Nephi and Lehi, watched the finger of the Lord touch the 16 stones like the brother of Jared, felt the scarred palms of the Resurrected Christ like the Nephites in Bountiful, but I am a witness of his reality and divinity just as much as they were. I can witness that this book was written and later translated by the power and authority of God. No other book can bring us closer to our Father in Heaven and His Son. If you don't read it everyday, repent and start today! It is incredible and there for YOUR benefit. All we have to do is study and apply the principles written and we are promised to receive a personal witness of its truthfulness. Great right?! So do it!!!
benson 姉妹

Lots of (spiritual) highs this week
1. Fed and drained after an amazing zone conference. Literally feels like I ran a spiritual marathon after every one
2. Hyped up on too much Japanese granola and noodles, handstands and soccer for workout with the district the other morning
3. Hi, we are Sister Benson, Sister Harmon, Elder Brown and Elder Duke. We enjoy taking pant wearing, after service doing, jumping in the rain pics. And we are mormons.
4. 20 flights of stairs later and this book is still true!!
5. At some point i just start clicking pictures, this is outside a station on our way to zone conference, enjoy!