Talk by Leah on December 31st 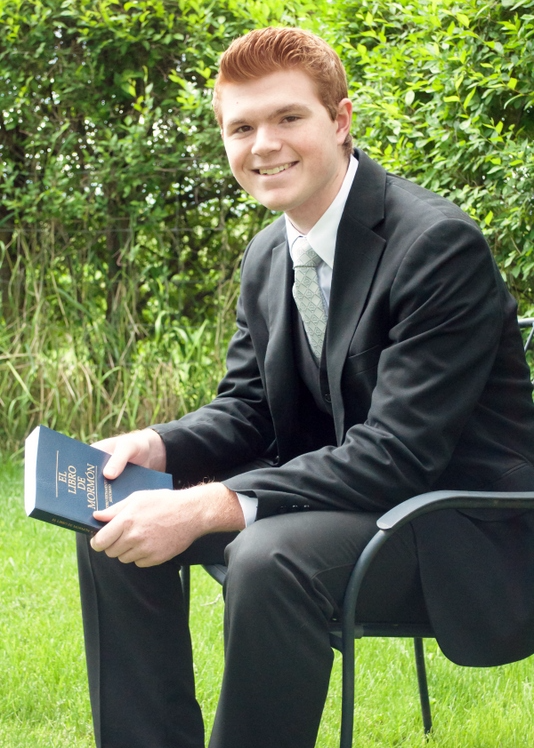 Talk by Leah on December 31st

Will has been enjoying his time the past 5 months in Cancun and let me assure you, it is definitely not a vacation, it IS a mission. His mission has about 120 missionaries, 2/3 of whom are Hispanic. When he arrived he interviewed with his mission president who only speaks Spanish. He said most of the interviews were the president speaking and the missionaries just say 'si. si. no. si.' He was given a hammock because not all apartments have beds. He's played the piano and the guitar for people.

His first area was in Caldaritas. You may have seen the bus accident related to the cruise ship a few weeks back. That was in his area and the injured were taken to his local hospital. It was about 250 miles south of the mission home, right on the Belize border. While in this extremely poor area, Will learned to differentiate between mice and tarantulas, how to kill scorpions, learned that he could live without electricity for an entire week, learned that cold showers are fine because it's always hot (none of the apartments in the mission have hot water), learned that food poisoning doesn't always kill you but you wish you were dead, and learned that dog tastes okay but the texture is weird. The disclaimer is that he didn't know he was eating dog but was doing what we taught him – to eat everything on his plate and be polite. It was after he ate the mystery meat that he asked what it was. He assured us that Sasha, our dog, was safe and would not be eaten when he got home.

On Christmas Day we ate Mexican food in honor of Will. The tamales, Spanish rice, salad and refried beans were delicious. The soup, that Will had told us about, not so much. He is served soup every place he goes. I explained soup was cheap for poor people to make and they also eat it to help with dehydration. He said the soup smelled bad but I said to buck up and you'll get used to it, which he did. So I bought a can of the soup. Traci warned me it wasn't good because they use tripe and intestines for the meat but didn't think they'd do that in the canned. Traci, it does have tripe. I didn't tell John or his parents or Andrew. I wanted everyone to try it first so after I saw they all ate a bite (I did too), I confirmed John's dad's suspicion of tripe. I told Will our story and said, 'you do know what the meat is right?” He said, “I don't know what half the meat is that I eat here.” We laughed and then told him it was tripe in the soup and explained that tripe is stomach. He busted up laughing. FYI – John's dad used to work at Millers and they actually put tripe in chicken noodle soup as extra chicken.

He was robbed his third day in Calderitas but after the boys, one drunk, robbed he and his companion they started to leave, but stopped, turned around and asked if they were the guys who spoke about Jesus. They told the thieves they were and one guy told the other to give them their money back, which they did, and then Will and his companion gave them a pamphlet on the Plan of Salvation.

He loves the people and the thing that most impresses him about them is the fact that they are so happy, despite their poor living conditions. Most have grass or sheet metal roofs and stick or cinder block walls. On his 6th day in this area he wrote an email home and told us he was so grateful for clean drinking water (he has to drink bottled water the next two years), our house, which is over 100 years old, and his car, which was a 1986 Camry with no radio, no a/c and very little heat in the winter.

His mission is a walking mission. Will has lost some weight and he swears it's all sweat because he's always hot. He said the heat does sound great but that we'd get sick of it fast. I reminded him I went to BYU Hawaii for 3 years and was never sick of the weather there. He says cold showers are fine but if they want warm ones – not hot, but warm – they put a metal pipe in a bucket of water, like you do on the farm, and then pour cups of warm water over them and that's their shower. If they feel lazy, they just shower in the cold water.

Will had to speak in sacrament after only two months in Calderitas. He said no one laughed so his Spanish mustn't be too bad. He said he can carry on a conversation by himself. He's had all Hispanic companions – one from Argentina and 2 from Mexico, while on splits. But a few days before Christmas that changed. He was assigned to work in the mission office as the secretary of registration. He will work in the office from 10 am -2 pm every day, inputting all the baptismal information, registering new missionaries and doing other office work and then will go out and teach. His companion is actually a kid from Park City that he flew to Mexico with. We met the parents at the airport that day, which was so great. Another elder in the mission office was Will's MTC companion. It's a much richer area where he is now.

We were so glad we were able to speak to Will on Christmas day because otherwise, my talk would have been very short. I had a list of questions typed up to ask him. They were questions I've wanted answers to for 4 months and never got. I shared one of Will's letters with his new companion's mom. She said she got more from Will's letter than from her son, so I am not alone. The missionary who taught me has a son in Africa right now and he said one week their son wrote home. The email said, “Nothing happened this week” and that was it. Email is great for Will and for us, because the mail service is so bad in Mexico. Letters will not arrive so if you want to write Will, just drop it in the box in the foyer and we'll send a package with people stopping in his mission when on vacation. We sent 2 letters and 2 postcards and he never received them. We were told packages arrive about half the time. His months in Calderitas they had to use an internet cafe to email us. Some weeks, when there was no line up, he could pay to use the computer longer, but other weeks, it was very limited in time. He is allowed 1 hour for email on pday so he told us he likes short letters.

Will wrote to John's sister when she asked for help on her church talk. He said,
" I think that the gospel opens a lot of different doors for blessings. I think one is the knowledge of life after death because so many lose loved ones and have no knowledge of an eternal life. I also think that sometimes we see the commandments as restrictions but they only offer us freedom. Freedom from addiction, freedom from guilt, freedom from regret."

Will has taught that to many people. He usually has several investigators at a time and saw several baptisms in his first area. That is so foreign to me because in Japan you see very few baptisms and lessons being taught and that is the case in a lot of the world.

He spoke about Angelica, the first woman he taught. He was only out of the MTC a few days and his companion had him share the first vision in Spanish and then challenge the woman to baptism. He was scared to challenge her that fast but he said the spirit was strong and she accepted. People do want to change their lives and most of the people he taught in Calderitas were member referrals. He only went street contacting for the first time this past week in Cancun.