My First Week in California 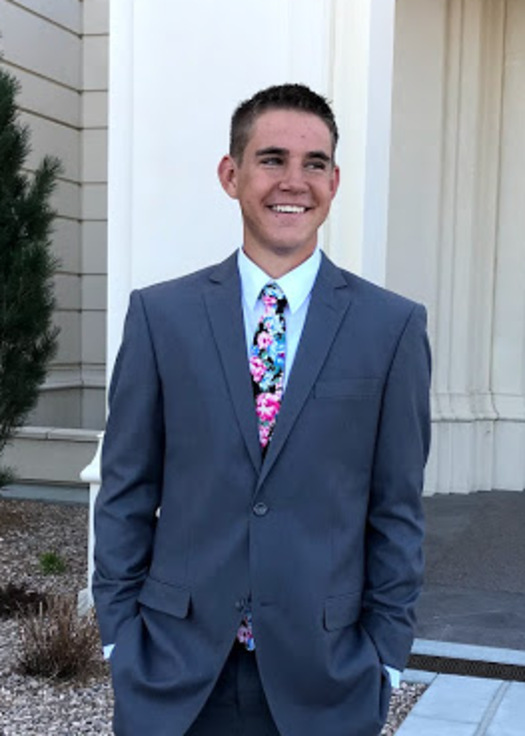 My First Week in California

Well my first plane ride went well. I didn't throw up or anything exciting. We arrived safely which is good too I guess, sadly when we got there though no one was expecting us so we were sitting around the airport for about ten or fifteen minutes trying to decide what we should do.
We couldn't decide if we should use a pay phone or just keep waiting, but eventually someone came up to us because he saw we were missionaries and talked with us for a while. His name was Brother Snyder, he was a little blessing that we got while we waited.
He helped us try to contact people for as long as he could until his wife got off her flight, and then he had to leave.
Luckily we got another tender mercy and another member talked to us. This one worked at the airport though, so she was able to help us the entire rest of our three hour wait at the airport. She made tons of calls and eventually got a hold of our mission president. They didn't think we were coming until the next day, some miscommunication between the MTC and the field. It all worked out though and we got to were we needed to be.

Then the next day was spent with some random Elders. We didn't get our real companions until two days later. I got to be with Elder Ly (Lee) and Elder Staley. They were both pretty cool and fun. We did some street contacting, and it was my first time. It was a lot better than what I thought it would be like. People were way nice and talked to us for a long time for the first couple contacts that we did. I was expecting it to be more like my second day with my real companion. We talked to a family who then referred us to a neighbor, who wasn't very happy to talk to us. That was more of what I was expecting, I guess it's good that didn't happen on my first time though because it really helped me adjust, I have already done a full contact by myself with Elder Phister.

Here's a little more about my first day with my real companion. We met and had lunch in the church. I had met him, but we weren't companions yet. I had seen my bike though, and it was a lot nicer than every one else's and probably double the price. I didn't think that much of it when I bought it but I feel like an idiot now. Literally the first full day on our bikes someone tried to steal them. Me and Elder Phister were street contacting and we got back and tried to unlock our bikes. The key wouldn't go in and so I looked closer and I thought there was a key inside, broken off, but it was the tip of a drill bit. Someone had tried to drill through his lock. We were blessed though, they failed and left. We had to dig out the bit with my bike tool kit.
My idea I had now is that we use both locks, that way when they see them they will hopefully think twice next time.
More about Elder Phister he is just an inch taller than me 6'3 so me and him are the tallest in our zone. Him and I are both new in this area so we don't have any investigators. We have done a bunch of street contacting, I honestly am so excited for when we start to teach a human, and they want us to come back and keep teaching them.

We did meet on person that we will go back to he is a bipolar schizophrenic so I'm not sure how well he'll progress. I don't know, but he said he doesn't have many friends and me and my companion both thought this was sad. We will visit him, we have an appointment on Tuesday he said he would read the Book of Mormon, I gave him my first Book of Mormon and I guess he is our only regular contact for now.

This paragraph is a new day just in case you were wondering. It is about the third service day that we have had, by this point I have been out four days and every day that I have had my comp we have done service. Today I got sun burned and the tanning has already begun. So I am already broke in, for skin tone anyway. Today is also the day that I did my first contact all by myself. And some lady also gave us chips while we were contacting, so today was pretty good.

If you have been counting today is now Sunday, I have been way excited for this day all week. I don't know why I just have been looking forward to being around other members and talking about church stuff. I guess because it is more familiar to me. But it was pretty good I enjoyed it and am looking forward to next week.

It is now my p-day and I have been emailing and we also had a soccer activity as a zone and after a picnic other than that it is pretty much it.

Here are a couple pictures of me and my new companion. Also me with a welcome banner they have to greet missionaries coming into the mission.