I survived my first week 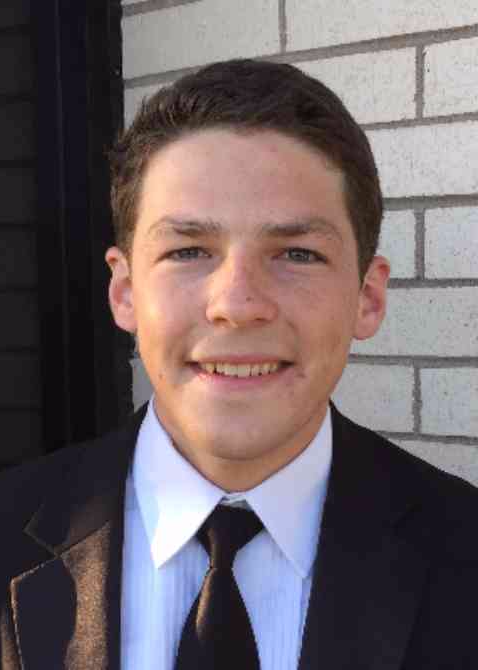 I survived my first week

I have so much I want to say and not much time to do it! But I am so happy to be here. Oh my goodness, being a missionary is awesome. I have been constantly busy with tons of different things, but all good things and activities that will get me ready for the mission field when the time for that arrives. Life is good!!! God is blessing me so much!Ok...where to begin. It has been such an awesome week. I love it here! At times, it's been pretty hard. I've been really tired or felt overwhelmed, but those instances are tiny in comparison to all the good experiences I've had :)My companion, Elder Koldewyn, is awesome! He's from Star Valley, Wyoming and is a super good guy. He and I have gotten to know each other pretty well in the last week and he really is a solid guy. Dedicated to the gospel, but is super funny and loves to have fun. Beyond my companion, my district is fantastic as well! They're all guys that flew here on the same day as me, mostly on the same flight as me, and we have such a good time together! Elder Richards, from Highland, Utah, is a great guy. His comp Elder Vea, from Hawaii, is a super nice, big Polynesian guy and I love him to death. Elder Ellis, from Utah (maybe Sandy) and he's awesome too haha. His comp Elder De La Merced is from the Philippines and he is just amazing. He spent 3 months serving in the Philippines before he was able to come out here to the CCM, so he already has experience being a missionary and I'm impressed with his ability to stay focused and work effeciently. The district is fantastic and I love them all so much. It's a group of 6 teenage guys, so it can be hard to stay focused on what we're supposed to be doing all the time, but we have a ton of fun together and we do get stuff done when we need to. I've heard multiple times from multiple teachers how impressive our district is. Most of us have some kind of Spanish background, so we're doing really well on Spanish in general for only having been here a week. Besides that, we get along really well, we have fun together, and we are all spiritually-solid guys, so I guess that makes us a fun group to teach! And I'm district leader. The Friday after I got here, President Romney (CCM president) chose me as the leader of my district and though that has added more responsibilities and a bit more stress, I have enjoyed the opportunity to serve more and be a leader. I'm still figuring out exactly how to do this leading thing, at least in this setting, but I'll get it down eventually :) My district has a bunch of awesome guys, so it's a pretty easy job being their leader.It is so humid here! And hot, but the DR has nothing on AZ when it comes to heat. This is winter season here though, so even though the 80ish degree weather here isn't that bad compared to what AZ can be like, it's gonna get a whole lot hotter during the summer season, compounded by humidity. But I'm sure I'll learn to live with it. The weather really hasn't been too bad here, just not what I'm used to. Comida! Food here at the CCM has been great, nothing really to complain about. Not much food that I'm used to eating, but it's all good stuff. I get a big, good meal 3 times a day and I've loved it haha. From what I hear, food will be a whole lot more scarce and not as good once I get out to the field, but I'm not too worried about it, I'll survive. My daily schedule consists of getting up at 6:30, showering and getting ready for the day by class, 7:00 when breakfast starts. We have a half hour for breakfast, then an hour of personal study happens. So far, those things have been the same every day, but after personal study, it just depends on the day what I do next. Sometimes it'll be an hour of companion study, sometime time to read the Book of Mormon, or right into language lessons with teachers. But during my day, I'll have classes to get the language down with teachers, I usually have some class time when we try to improve our teaching techniques, every night, we teach our investigator (our teacher acting as our investigator), time outside playing basketball, volleyball, or running around. Among other things. Unfortunately, my time is coming to a close, so I'll try to fit more in next week.Love you all and I'll talk to you soon! If I didn't have time to email you, I apologize and I'll try to respond next week :)- Elder Magleby

The group of elders that met up in the LA airport. Me, Elder Koldewyn (my companion), Elder Hernandez who will be serving with Devin in Honduras, Elder Vea (in my district now), and Elder Devin Burch. It was a good group.
This is ​my district! Elder Koldewyn, Elder Richards, Elder Vea, me, Elder Ellis, and Elder De La Merced. I will send more pictures next week, I really wish I had more time, to send stuff, but I'll try to send more next week.​President and Sister Romney with Elder Magleby