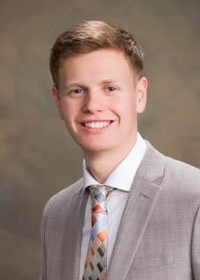 Spring is here and Galati is some much prettier with all the flowers everywhere. Everything dies in the winter, but now that all the trees and flowers are blooming it looks so much prettier. The last week was pretty cold and gloom, but the past couple weeks all the flowers have been blooming slowly, but surely. Today is super bright and sunny, which makes it a lot easier to talk to people. It seems like when the weather outside is bad, people are not quite as nice as when it is sunny out. Also, since we contact a lot it can be difficult when no one is outside to talk to haha.

This last week we met a guy named Nicu and he was super interesting. He is an 80 year old guy that can barely hear a thing. Surprisingly, he let us in and we gave him the first lesson and we ended with a prayer. He liked how we prayed at the end, because it was sincere and from the heart. He said he would be at church and we told him we would call him tomorrow to remind him about it. I called him the next day and he had no idea who we were and why we were calling even though we just visited him the day before. He never ended up coming to church, but we scheduled an appointment with him tomorrow so I'm really curious to see what happens haha.

Alex is a young college kid that has been coming to our English class for a while. We asked him two weeks ago before we took a week break from English if he would like to hear about the church and he was very interested. That night after we got his number Elder Wilkes threw me the phone and the battery came out and we lost his number somehow. We just barely met back up with him this last Tuesday because of English and we told him what happened and got his number back. We also taught him the Restoration Thursday and he was really receptive. It was really cool how he "connected the dots" with the restoration. We try to teach clearly and simply and ask questions to help them make connections, but this was the first time I could really tell that it clicked with someone. We went over the Great Apostasy, which is the time after Christ and the Apostles were killed and the authority of God was lost. Elder Wilkes had a great object lesson where he got a card and he said that this card was the church that Christ established when he was on the earth. He then ripped it up and took away a part, which was the priesthood authority and assembled the remaining pieces into three groups, which represents other churches. We explained how other churches each had a portion of the truth, but it wasn't the same church that Christ established. Then as we went over the Restoration we emphasized how Joseph didn't just create another church, but he restored the same church that Christ established. It was really cool after we talked about the First Vision, where Christ and God appeared to Joseph Smith, he just said, "Wow." You could tell he realized the seriousness of the story and as we explained that he could find out the truth of this story himself he was excited and willing. I'm really excited to meet with him again.

This week we had a Easter party at a member's house. She cooked us Sarmale and Salata de beouf, and it was really good. We had a great time and she was super kind. Her husband died in January and it was a remembrance party for him as well since it was his birthday. Her husband was a great man and did a lot for the branch here. She hasn't been to church since his death, because of her own health, but we walked her to church the next day in the morning and she gave her testimony. It was really beautiful and she really enjoyed being back at church.

Lastly, The baptism was postponed two more weeks. Also, I get to go to Buch this week for ZC!