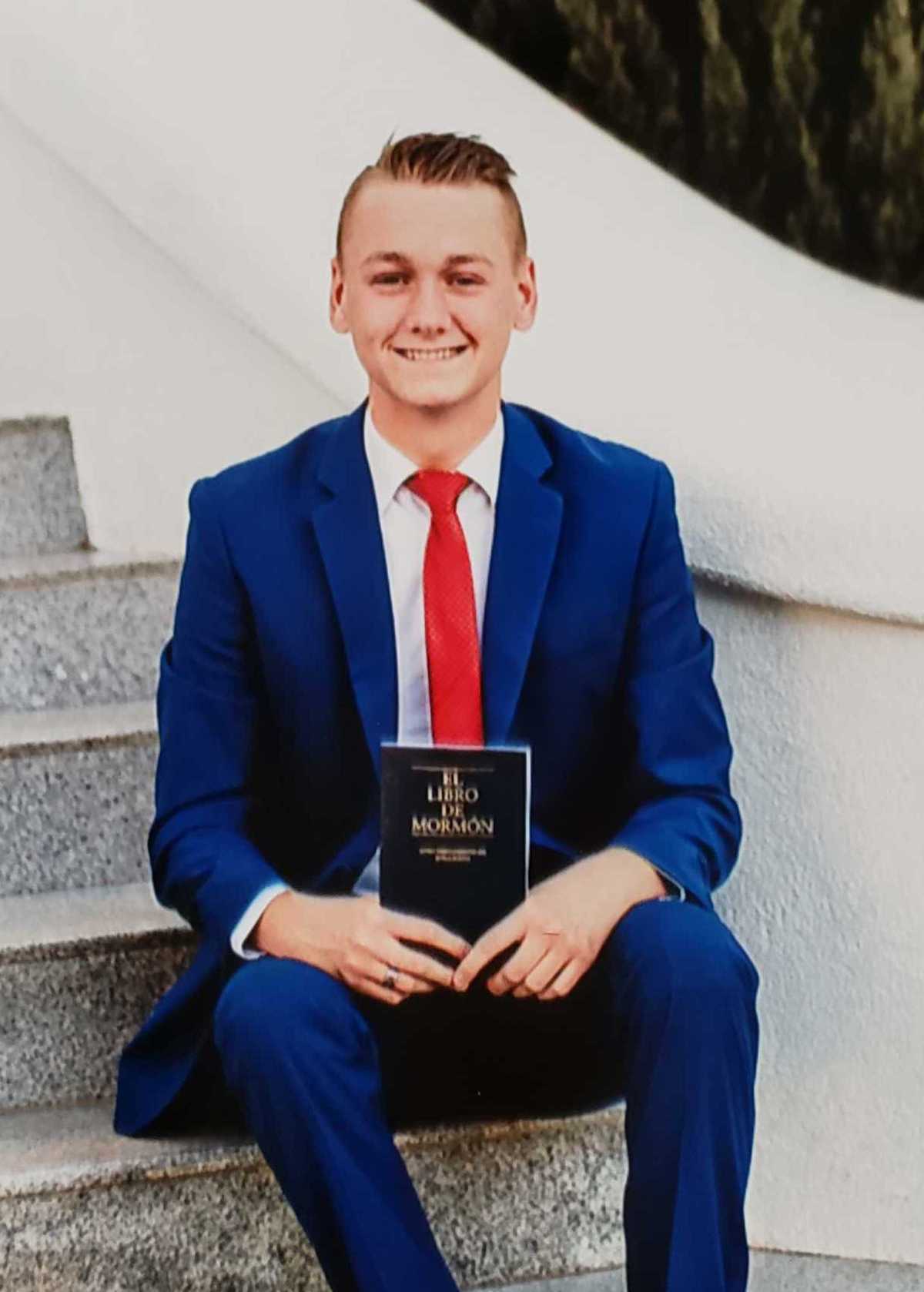 que PASO!!!!! AMERICA!!!!!
I hope this message finds you well and very full of Mcdonalds chicken nuggets :) dang I'm craving american food= anyways. This week was kinda a party so con este
Monday it was a good day, I cleaned some clothes did some laundry. After that me and the other gringo in my house went contacting and it was super fun, but he told me a phrase I want to share and these are his exact words "I'm not saying flirt to convert but be very very very nice" it was so funny! We got so many peoples names and numbers that day, and don't worry I'm not flirting with anyone, that's for later anyways.......
Tuesday we had district meeting which was chill, we were contacting in this park and we are walking over to this younger woman who has both hands in her backpack well I offer her a little hand out card and she is like  "one second I'm playing pokemon go" and then pulls out two phones! I was dying it was so funny hahaha and then I saw a guy peeing in that same park! After that right by that park my comp tried to pet a dog and got bit! So here is the lesson for the week when you see a dog don't try to pet it especially if it's in Peru! Just pick up a rock and defend yourself just saying.
Wednsday IT'S HALLOWEEEEEEEENNNN!!!! it really isn't that cool here in Peru, nobody really dresses up, its lame. But they have floats in the street of some woman I don't know and they wear alot of purple, don't ask me why I have no idea.
Thursday was a very good day, we planned for next week and that took us like all of the morning, but don't worry we still got our daily contacting in hahaah. Then the lady we are living with made us lentals. I have never had lentals but I'm going to start eating them in the USA because they are really good!! Then we are teaching this girl who literally is a farmer, it's awesome, she has everything a farmer would have guinea pigs, turkeys, chickens and yes I said guinea pigs. We taught a good lesson and in Peru they have this culture where the woman pull you in and kiss your cheek, well I didn't know that so when the persons niece did that I was pretty shocked, just saying! Also to tell you they have this thing called ecco here they call it mormon coffee and it is disgusting, it taste like coffee but isn't.......I'm not convinced just saying don't drink it is basura (trash).
Friday this day was long at first but ended good. So all our lessons fell through in the morning like they usually do but that's okay, it's not our loss it's theirs. We did alot of walking like everyday and we were talking with this lady in the park that sells ice cream and of course we had to buy some ice cream, so we had ourselves a little treat before dinner. Then went to another investigators house and taught her and she is progressing so well! Then went to another persons house and taught about the priesthood, and they gave us pan with palta which is probably my favorite! If you don't know what that is, it's just bread with avacado on top.
Saturday was good, we contacted till lunch and went to the person I baptized Fernandos house for lunch and we had chowfu, it is practically just fried rice with chicken but when I tried to describe that they said it was completely different even though it's exactly the same hahahh. Then went back to my favorite house, the farm house and taught another lesson in English. I teach alot of the people English here it's really great! Also another funny story so the person we are teaching has a niece and I was shaking her hand to say goodbye, and when I tried to pull away she would not let go. Her aunt had to tell her to let go it was a very awkward moment for everyone there. Then when we were walking home I lost my voice!!!
Sunday so this Sunday consists of doing alot of walking and doing no talking because I lost my voice really bad, like really bad I can't talk i have to whisper. So when I would say who I am they would look at me like, what?? So yeah it was a good fast Sunday.
Well Americanos I hope this message makes you happy and that all is well! I can't wait to write you next week.
Your favorite elder, Elder Stout