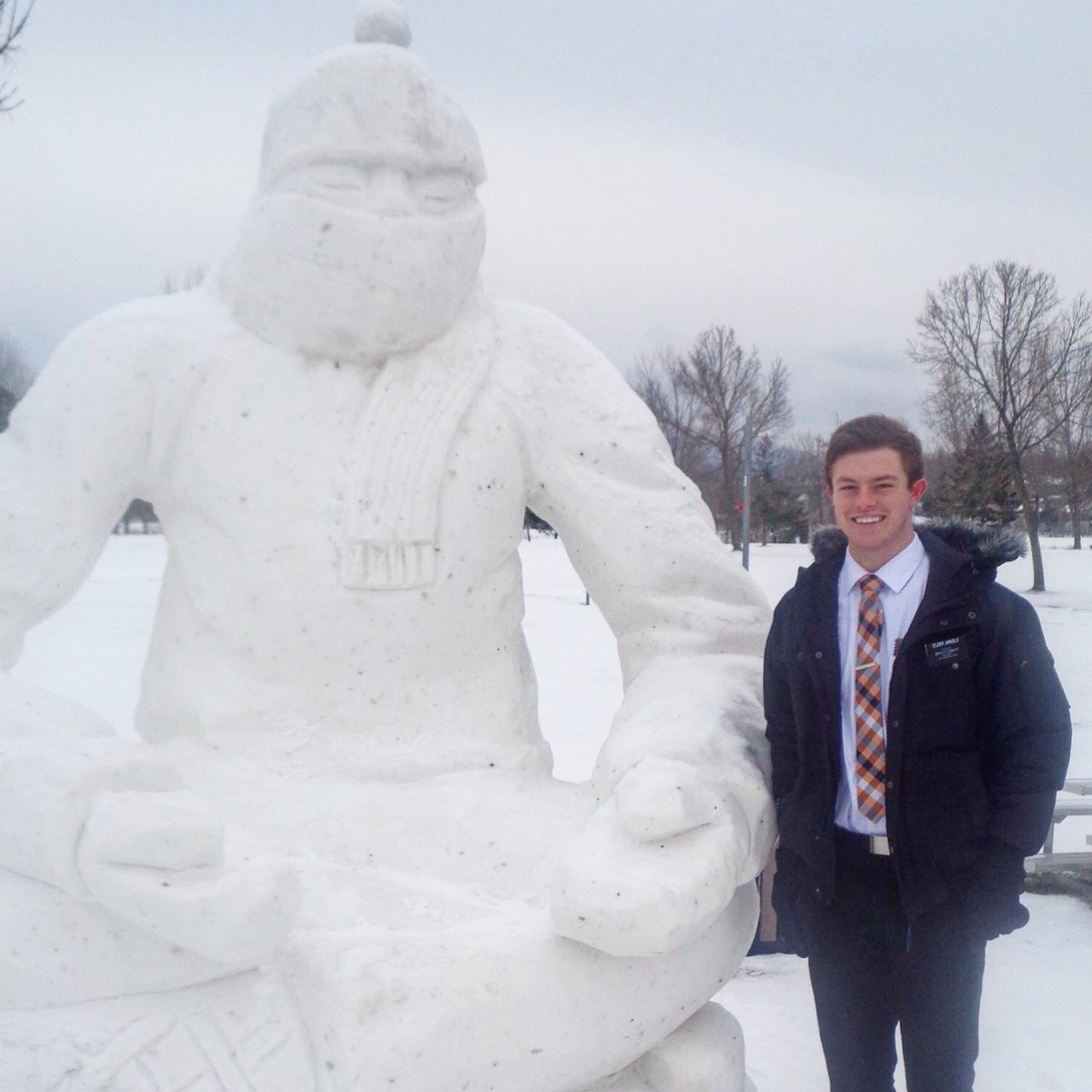 Bonjour Toute Le Monde!
So I`m in Quebec now! I have so much to tell you guys! I want to start off with one of the miracles that happend during my last week in the MTC though.
So about a month ago, two of the sisters in my zone came and asked me and one of the other elders in my district if we would give a blessing to this man named Jose who said that he wasn`t feeling well. Jose is about 50 years old and works at the MTC. We gave the blessing and hadn`t heard anything from him since then, until the other day. The sisters who asked us to give the blessing came running up to us and explained that Jose actually had been diagnosed with cancer a few weeks previous to us giving the blessing. He went to four other doctors who all gave him the same news. He had an appointment with one of the Doctors the day after we gave the blessing... and the cancer was gone!!!!!! So amazing.
Anyways, on the 15th, my district and I took a flight from Salt Lake City Utah, to Atlanta Georgia, to Montreal. It was weird being amongst normal people again considering I hadn`t been in the real world for the previous six weeks haha. We were greeted at the airport by my mission president and his two assistants. On the way to the Mission Home, I was looking out the windows of the car and realized that I couldn`t read any of the signs considering they were all in French haha. The next day, we were assigned our first areas we`d be serving in and our new companions. I was assigned to this small French town called Granby about an hour East of Montreal. My companion`s name is Elder Bracken. He`s from West Jordan Utah and has been out for about 14 months. Before going to our apartment, me, my companion, and the two other Elders that we live with went to this Poutine restaurant called Chez Ben. For those of you who don`t know, Poutine is worshiped by the Quebequoi. It`s fries, gravy, and cheese curds and for some reason, everyone is obsessed with it. I thought it was okay haha. The next day, my companion and I went to an investigators house. His name is Lionel. Lionel is from France, has a shaved head with the exception of a long ponytail he keeps at the top of his head, has four children all under the age of ten, is married to a woman named Eve, and can`t speak a word of English. When we walked in the door, this kids came running to us yelling "Les Elders! Les Elders!" It was so funny seeing these little kids all speaking in perfect French. Lionel has a baptismial date for the 15th of January so it`s just a matter of time until he`s a member!
Later, we went to a member of our ward`s house. Her name is Annie. Annie is from Belgium, is around 80 years old, about 4`9", and also cant speak English. She made us dinner which was nice. Later in the week, Elder Bracken and I went to this couples house named Joseph and Marrie Neaveau. They really like the church and love having us over but they are very catholic and don't seem to budge too much from their beliefs. They always try to relate catholoism to the LDS Church haha.
Church is pretty unique here in Granby. We meet in a classroom at this high school, becuase theres no LDS church building here, for only two hours. There was about twenty people who showed up on Sunday which was kinda a low number considering normally about 30 people attend. There is no youth in the ward and a few primary kids, but none were there. The way we sing hymns is by the Branch President holding his phone up to the microphone at the pulpit and he plays the hymns through there becuase no one can play the piano in the ward. Oh and we are the only ward in all of Granby. Nobody that was suppose to speak on Sunday showed up so the Branch President had to speak for all of Sacrement Meeting.
I wish I had more time to write a few more things in this email but I`m very limited on time. I miss and love you all!!! Au Revoir!
Oh and here`s my mailing address:
Apartment
265 Simond Sud. #302 Granby, QC