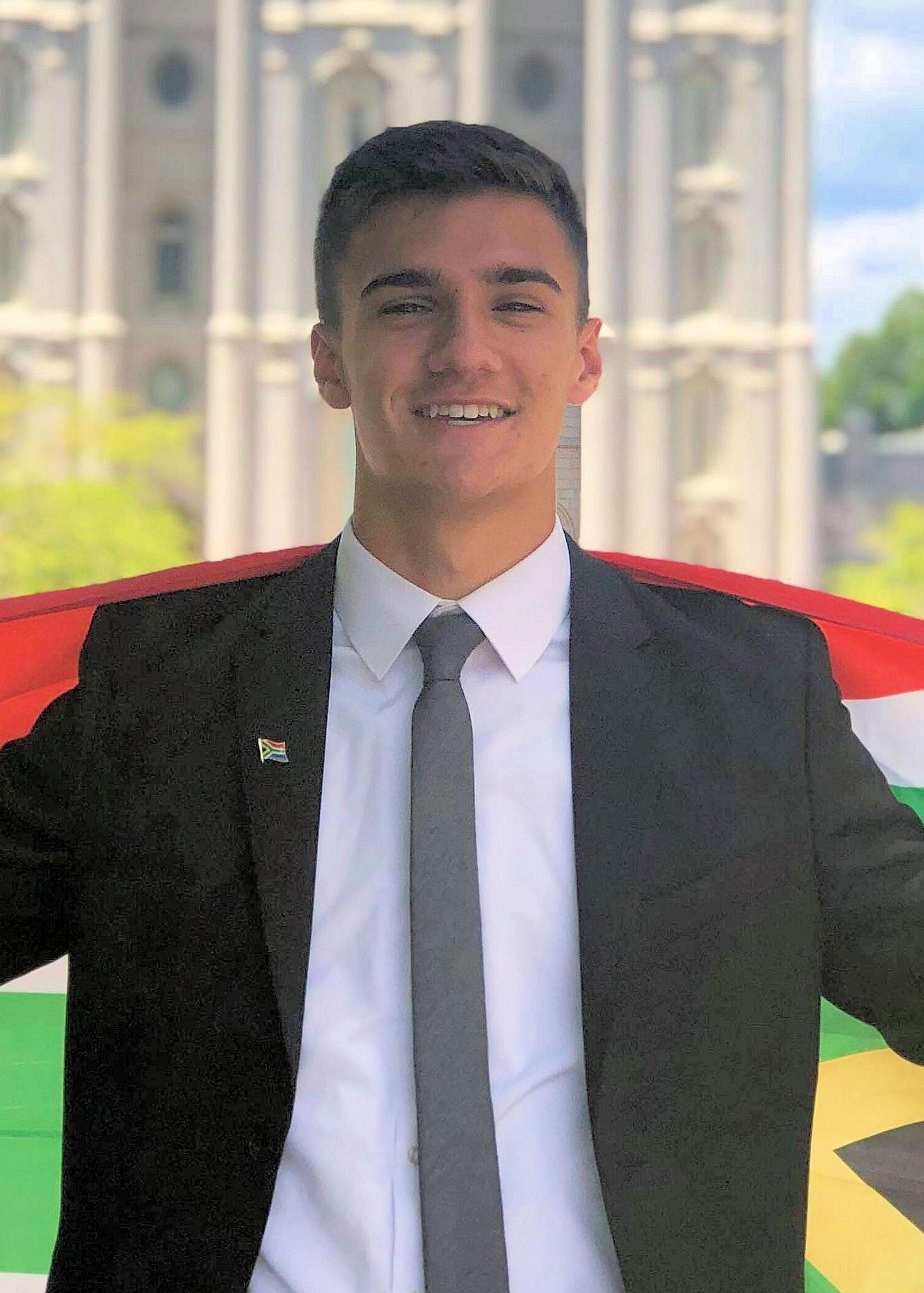 Whats up family and friends!!!

This past week has been interesting!

On Tuesday we had all of our appointments fall through, thats just the best. so we went and did some finding and we tried this house who we knew used to be members but some drama went on in the ward and they ended up not coming back. anyways we knocked on their door and this lady opened the door named Beaulah, she lives with her husband and her son and they are all members but they aren't active anymore. They said it had been about a year or two since they have been back to church. So we went in and started talking to her and her son and she said to us, "nobody is ever home and i have nobody to talk to" so she ended up talking to us for like two hours about her life and how she wants to come back to church!! we got her a new book of mormon cause the one she has is in zulu and she doesn't know how to read zulu haha. but she read all the way up until 2nd nephi and she had many questions so it was awesome to see her progression over the last week since we have seen her!!

on thursday, we met with one of our investigators named brian, and whenever we meet with him he always says "oh today just isn't a good day, but i really appreciate you guys coming by" and then we only end up spending ten minutes with him outside his house, and he has done this like five times. So when we met with him this week I decided that if he pulled that again i was gonna give him fire. We get there and "oh boy today just isn't a good day i don't feel good". I just straight up told him "Brian, the message that we have to share with you is the most important thing you are going to hear in your whole life, we don't have time to keep pushing this back." Then i said some more things about the gospel, and he basically just
started feeling guilty and said he wants to start taking it more seriously so he promised us that we could come and spend one hour with him where we sit down and actually share our message with him. I will keep ya posted!!

we have a standing appointment with this man named Stembiso every sunday right after our church ends. Yesterday when we went to go and see him, we decided that we were going to introduce the book of mormon, even tho before we started meeting with him he told us, "we will only be reading from the bible and that we will be reading nothing else". so we decided to just go for it. it went badly. we brought it up and introduced how the book of mormon and the bible both testify of each other and he just gave us straight fire and told us that the "book of mormon and any other book than the bible is
anti-christ", then he went on to tell us that we are anti-christ's and that we should reconsider our religion, then he told us that we should leave "mormonism" and that he hopes that God will manifest the bible unto us. Pretty interesting hahah. Then after he was done with his temper tantrum we started talking about how his life is going! He is developing a company and he asked me if i "have any connections to a financial investor back in the states" that i could hook him up with.

Ntandos baptism wasnt able to go through this week. We had everything planned and ready to go, but when we came to the chapel on Saturday to print off his bastismal program, there were signs all over the font door and bathroom doors saying "do not enter" so i went in and looked around and they are remodeling or renovating the font and the bathrooms by the font so we weren't able to perform a baptism, next week is stake conference as well so we still don't know when we will be able to do it, we will see!!

been an interesting ride so far for my mission. I could share so many crazy stories! Mission life is very, very,
very difficult and exhausting, but I know that its building me into a better person! I know that this gospel is true and that it blesses families beyond measure!! I love and miss you all so much and cannot wait to see you all soon.