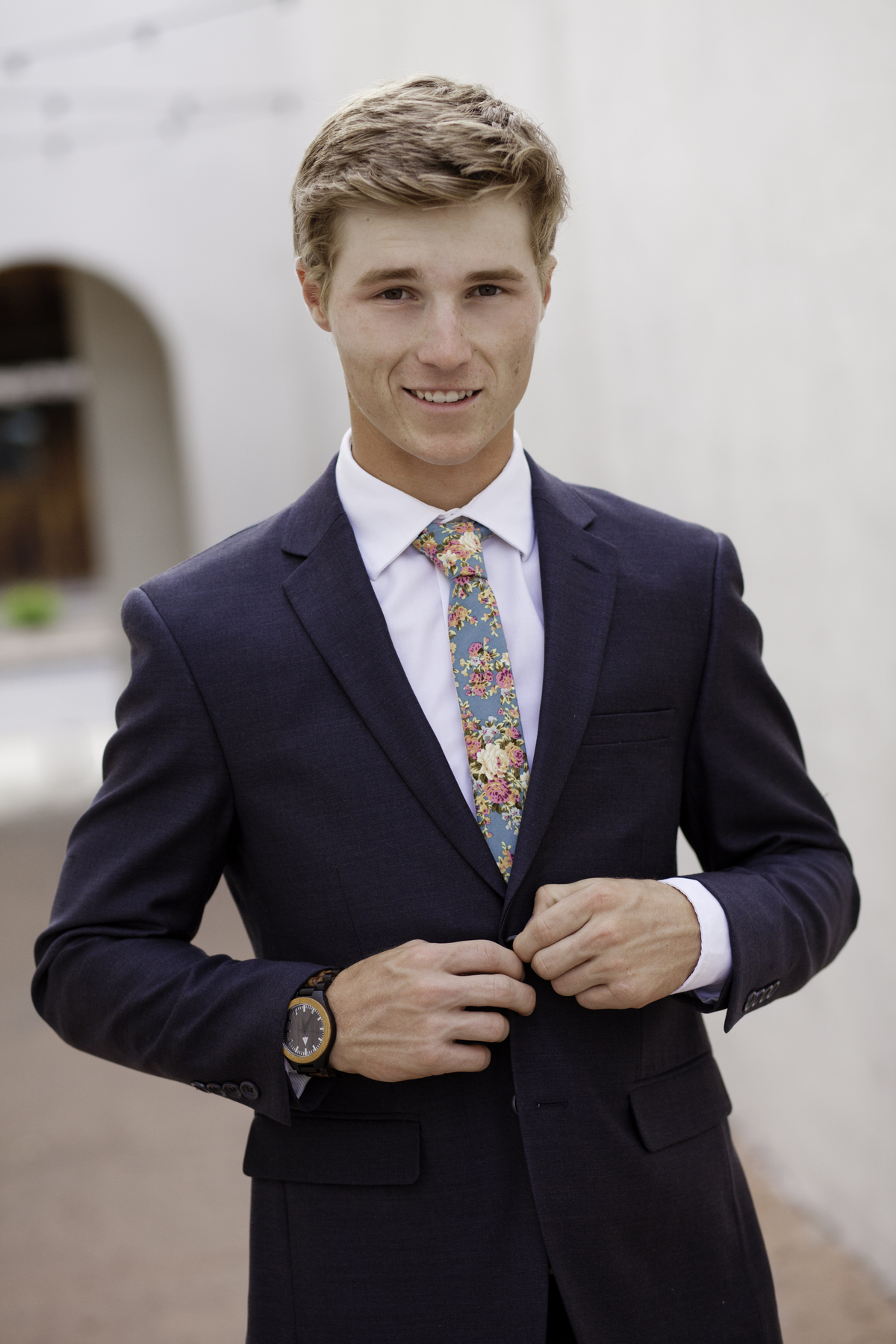 I just want to start this email off by letting you all know that I am sending this email while sitting in the Marriott hotel eating a very nice brunch meal with the Hettingers to discuss transfer boards. So I would say that I am blessed. Lol!

Also HAPPY BIRTHDAY THIS WEEK TO MY BEAUTIFUL GIRLFRIEND SAVANNA BRADSHAW! This Saturday, she turns the big 21❤️❤️ everybody that is reading this email, stop what your doing and take 5 mins to wish my second half a Happy Birthday! Email her a little something at savanna.bradshaw@myldsmail.net
Thanks

Another week down out here in Bucuresti, Romania! Time is flying by and its a little scary! Half of February is already over, that is insane. Hopefully it starts to get warmer soon though because I am craving the sun again.

Anyways, so this week was a really good week! I have some really exciting news for you guys. So as you all know now, being the Assistant to the president and also being a office elder, I have alot of crap to do. Well this week, I really put a focus on making sure we also get some real missionary work in! So wherever we had some time, we went and did some missionary work! So Tuesday morning I ended up setting up 7 lesson up for this last week. Well two of them were really great! Tuesday we had a lesson with one of my investigators Efe, he is a Nigerian and is here going through school here! I made an agreement with him this past week, that we can do 30/30s which mean that I will teach him 30 minutes of Romanian and then 30 mins of the gospel! He was so down for that! Tuesday was our first lesson and it went really well, we went over the restoration and invited him to baptism! He told us that he has never beem baptized before and that he would love to be baptized because he wants to follow Jesus Christ! So we tried to extend a baptismal date for him and he told us that he wants to be baptized, but he wants to makes sure that he is ready by not going back to the old Efe after he is baptized! So we are going over changes and how we can prepare him for baptism and feel like we are a changed person! I feel like this next week, we will get him on baptism date, so I am super excited about that!

Wednesday, was another great experience! So two Sundays ago, this man named Ciprian came into church during sacrament meeting! So I went out to the hall to talk to him and he was asking me a bunch of question about out church. So we set up a time to meet up and that was this last Wednesday. We decided that we should have the branch president with us during this lesson, so we had President Doru with us. Well this lesson ended up going 3 hours long which was way to long! President Doru is a very talkitive guy that loves to go over every little thing haha! We planned on getting through the plan of salvation with ciprian but we couldnt get through even half of it haha, it was a little ridiculous. I was able to testify and just let ciprian know that I know this church is true and that through God and his son Jesus Christ that all things are possible and that we can recieve answers to our questions! We found out that Ciprian has a little family! Him his wife and a 4 year old daughter! After the lesson was over, President Doru was so excited about him I personally thought that Ciprian thought we were crazy thanks to President Doru hahha, but we all decided that we were going to fast for Ciprian this upcoming Sunday.
Later on Wednesday night, we had a meeting with President and Sister Hettinger about the next transfer board. Let me just tell you that, that meeting is very interesting. Helping them decide where missionaries should go is a very special experience.

Thursday, I was on an exchange with my boy Elder Cloward and his new guy Elder Gatherum in Bucuresti! We kicked off the morning by standing in the freezing cold wind contacting tryimg to talk to people and no one wanted to talk to us, go figure. We then got through the rest of our day and it was a good overall day with getting through our studies that I have finally been able to do! The best part of the exchange though was our lesson with Dapo! So Dapo is one of my other investigators and he is also from Nigeria! So we did the same thing, 30 mins of Romanian and then 30 mins of the Gospel! Well this lesson on the Restoratiom was super powerful! Inwas able to just continually testify of everything I was saying was true! As we were going through the restoration with Dapo, the spirit that was filled in that room was something incredible! We alsp had a member with us whos name is Jennifer annd she is also Nigerian! So as we went through the lesson we asked if he had any questions and he just kept telling me that he has never felt something like this before! He said he feels so happy and at peace in this room that we are in! He told me that he knows that everything we told him and testified of was true! So we then used some scriptures from the Book Of Mormon that we knew would just be so powerful and after we read those scriptures, I looked at Dapo amd told him "Dapo, I am getting a strong prompting from God in this moment that I need to ask you a question, this question is will you follow the example of the savior and be baptized on March 9th?" There was then a 5 second silence and he looked at me and said yes I would loved to be Baptized on March 9th! My heart just became so warm and happy because I know that Dapo's life will be chamged forever because of the Gospel Of Jesus Christ which we have here on the face of the earth to teach people.

So that lesson for !e was just so powerful and it really made me realize how much I have grown in the gospel! It made me realize how much my mission has grown my testimony! It is actually scary to think about my testimony before my mission because it was almost nothing and now I can see the change in myself and who I have become! There is nothing more powerful than expressing your testimony! I am so grateful for this Gospel and for our Heavenly Father and his son Jesus Christ!

Fridays, these days are one of our craziest days! We were able to have a District Council as always and that went really well, I was given the spirtitual thought and I talked about following the spirit and how we can recognize the Holy Ghost! I feel like I killed it haha. After District Council, we had a trainer training call, we were able to talk to all the new missionaries on Zoom and see how they did with their commitments we gave them the week before. We have some pretty great new missionaries, so that is super exciting! After that, we had some stuff we had to do but after we finished some things, we were able to have another lesson with Efe! He showed up to the church super down and sad, and the first thing he told me is that life is tough and I am on the down slope of life right now! So i got to talking to him and it seemed like he wasnt getting along with his friends and they were fighting and some other things! So i just sat him down and had a really good deep talk about life and how we can better ourselves each and everyday, i thought it was super powerful. He told me that I should be on Ted talk lol! We eventually moved the conversation into the Plan Of Salvation and it turned out really well! Elder Krieger and I are getting really good with teaching together and just with power. There was a time in the lesson where we thought he was about the cry! Well we ended up talking about baptism and how we can be changed people and start fresh after our baptism! He still told us he wants to be baptized, but its just not his time yet! It turned out to be a great lesson! After the lesson we had a games night with all of Bucuresti and it was a blast! The Edwards throw it every Friday night.

Saturday was a busy day as well, we had to do alot of mission things but we still found time to have some lessons! We met up with a member named Michael and he is struggling a ton, his dad died about 6 years ago and ever since hasnt been the same! He has beem battling depression and so we tried to talk to him and help him out as much as possible! Its also tough because his mom lives and works in Arizona and he never sees her. So they used to live in Arizona but then moved back to Romania for schooling! Michael is 26 and lives with his brother here in Bucuresti! Well he is leaving romania for good and moving back to Phoenix Arizona in March to be with his mom! So I told him that my parents will take him to dinner when he gets there! Later on in the evening, we had another lesson with Dapo on the Plan Of Salvation and it went really well! He is super prepared for the gospel! He is preparing himself to be baptized on March 9th!

Sunday was fantastic, I fasted for Ciprian! He ended up not coming to church so that stunck! We were able to have 59 people at church and I was able to speak during Sacrament meeting! I spoke on how the Book Of Mormon is the most correct book! It went really well I thought! After church, we just had a ton of meetings and stuff with President Hettinger! We also had to go take Presidents car from the mission home to the Marriott so it is all Ready for him to get there!

Elder Sabin from the 70 will be here on Tuesday and so we have been preparing for that a ton! This upcoming week will be crazy, we have a mission conference with Elder Sabin and then I will be flying out to Hungary for 2 days to have MLC there with Elder Sabin! I will also be having an interview with him so wish me luck haha. So it looks like a crazy week ahead of me including doing all AP and office stuff! Making sure no one missed flights, trains whatever it is!

Well I sure do miss and love you all! I hope you guys have a great week!