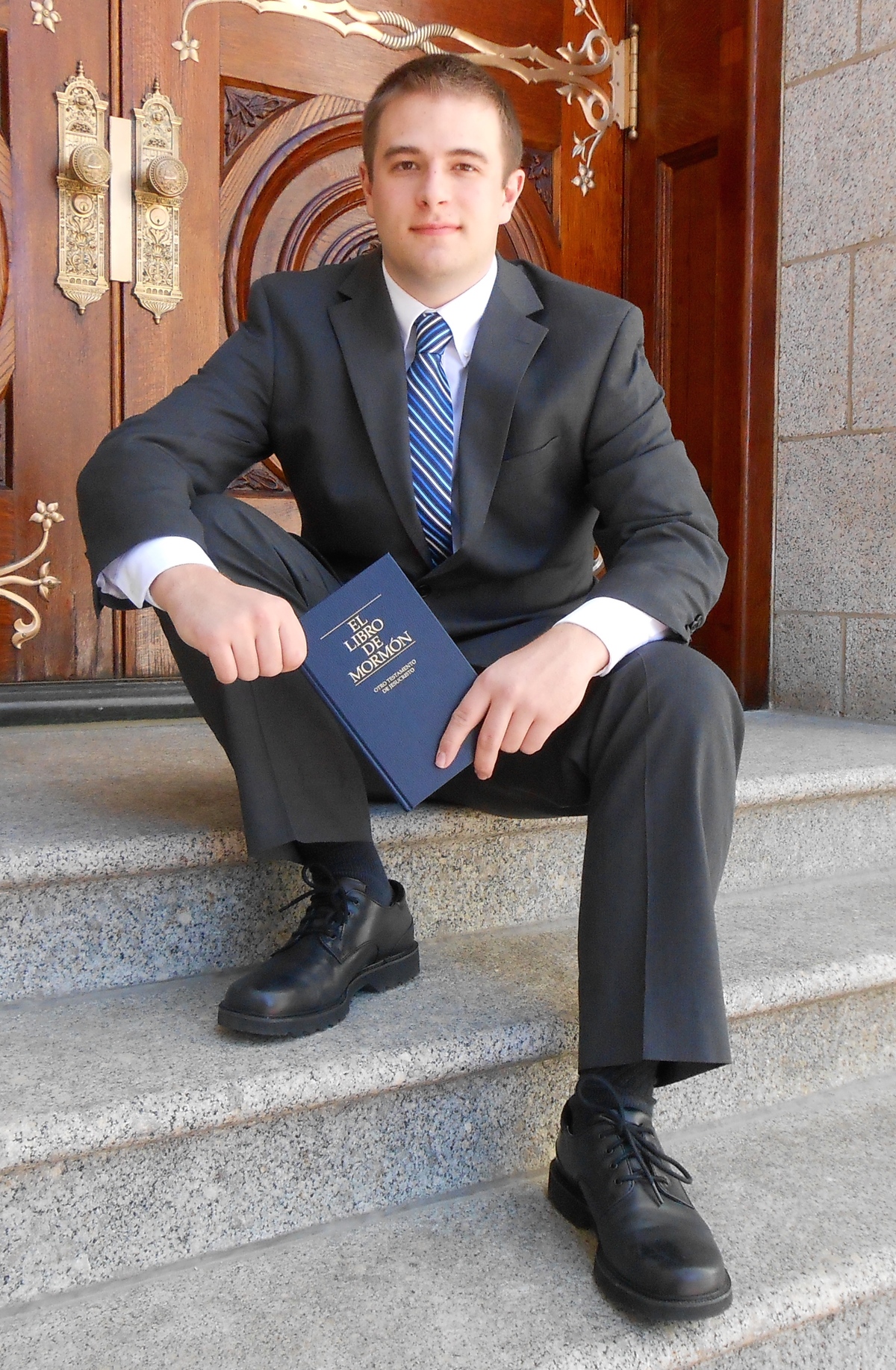 Hello everyone!! This has been a crazy week!!!! Okay, Imma first start off by sayting that I have never had as many crazy experiences on my mission than I have had being comps wi th Elder Teio!! He is so hilarious!!!! First off, It's been a slow week. Our investigators are falling into kinda the same pot right now.....all still being taught...but I just feel like they are going nowhere. Oh well, I guess that that's missionary work sometimes haha.

So there is this family in our Branch, the Rehms....they are a younger couple and they have been trying for over 12 years to have a kid, but just never could. As of like 5 months ago, they adopted this cute little baby boy named Mason. Well, they finally have all the legal stuff covered and are now planning on going to the temple. Guess what!?!??! They are going to the Mesa Temple and they invited us. We didn't know if we could go, so we called up President Passey, and he was like, "Well, do you have a ride?" "Yes, President." "Okay, have fun, bye." Just like that!!! So on February 28, we will be going to see baby Mason be sealed to his family....in Mesa!!!! woop woopp!

So the English Elders (Elders Kienitz and Garcia) decided that we all 4 should go to Sasabe, which is a border town 3 hours away. It was still in our area (Our area is MASSIVE....it covers most of the Indian T'hono Odam Reservation)....so we took a road trip to go check out the outer ends of our area (and our mission)...and since all 4 of us covered the same area (English - Kienitz/Garcia / Spanish - Harper/Teio)...we went together. We went to the Border Town, Sasabe. So....turns out, Sasabe is a really tiny town with practically no people. The only attraction was a run down catholic church and a gas station/store. In the store, they had candy and tons and tons of shirts. All the shirts said was "Where the h*ll is Sasabe?"....yup, that describes the whole town for ya. We decided to go to the Border Checkpoint and take a picture next to the border. When we pulled up, 3 Customs Agents came up to the truck, hands on their holsters, and were like, "What are yall doing?" We told them that we wanted to talke a picture next to the border. They were like, "Oh....okay, well, have fun." They seemed a little dissapointed...probably cuz that's the most action they had seen in a month. We got one of them to take a picture for us....and then the agen said, "Hey, so there is a tiny little sidewalk that goes like 5 ft into mexico if you want to take a picture on that." All four of us looked at each other.....it's kinda against the rules for us to go into Mexico....but if it was only 5 ft and the Border Agents were watching us intently, we were like, "Aight" So we walked 5 ft into mexico and took pictures and hauled butt outta there! Yup, thats my story!

Also....another awesome story! So our Branch was throwing a Valentine's Day party and Elder Teio thought it would be awesome if we did a Tahitian Dance for the Branch. So we got the youth involved (and Kienitz and Garcia from the English Ward) and Elder Teio instructed us on how to do the dance........it.......was......AWESOME!!!!!! It was so much fun shouting the Hakka and then doing this cool, weird dance. It was kinda weird to dance for the Branch....but they LOVED it!!!! I didn't take any pictures, unfortunatley, but I do have it on video and so I'll show all yall in like 2 1/2 months! The Party was so awesome!!

Well, that's my email for the week! Hope yall have a great week!