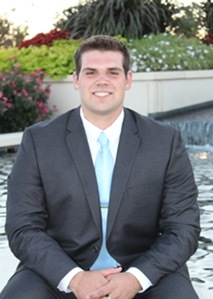 Well you could say I'm doing great. First week was pretty wild, but I can't tell you how excited I am moving forward. I was called as the District Leader, and that's been pretty good, its a little more work but I've enjoyed it.

I have a great group of elders in my district, they are all very humble and willing to listen to each other, and a few of them told me that they knew I was going to be called as district leader, which meant a lot. My companero es Elder Chantry he is from The Spokane area of Washington. He is a lot smarter than I am (most of the elders are haha) so he has helped me a lot with understanding many things. Everyone is slowly picking up on my humor, they can't really tell if I'm joking so they treat me like I'm serious, which makes it even funnier for me sometimes, but I better be careful or everyone might start thinking I'm just super weird.

I can't believe how much spanish I have learned, I keep wanting to use spanish as I am typing this which is probably a good thing. My biggest problem is I'm having trouble with my r's, and I keep mixing up the words mejor y mujer (mejor means best and mujer means women). I've caused a few laughs with that one. On Sunday morning we had a district meeting with all the DL's in the Branch, and I had to report about my district...en Espanol. It was pretty rough and I had to plug in some english words, but the branch president was very impressed with how much I was able to use.

The MTC itself is pretty cool, the single building and fencing may make it look like a prison, but I'm here to say its the best prison ever. There's a little over a hundred missionaries here, which is a lot smaller than other MTC's but I like it like that. Everyone is automaticaly your friend, and we all help each other to become a better misioneros. Food is pretty good, sometime I don't like it but then a lot of times I go back for segundos.

We definitely stay busy, but we get time everyday called Deportes, we get to play basketball and workout and what not. This time is nice porque we get to relax and relieve stress. I told my teachers that it causes more stress because I'm playing around instead of getting my work done. He testified that if I do take the time to take care of myself, and relax, then I will always find a way to get my work done. I've started to see that, and they give us that time for a reason.

I can't think of anything else to mention so, I'll leave you with a thought. When I had an interview with a member of the branch presidency he asked what my goal is in the MTC and I told that I wanted to do everything I can to become a better missionary, and he told me instead that while I am here to try to become a better disciple of Christ instead and in doing that I will become a great missionary. The same goes for everyone, no matter where you are and what you are doing, if you try your best to be a disciple of Christ you will be better at whatever you want to. En el nombre de Jesucristo Amen.