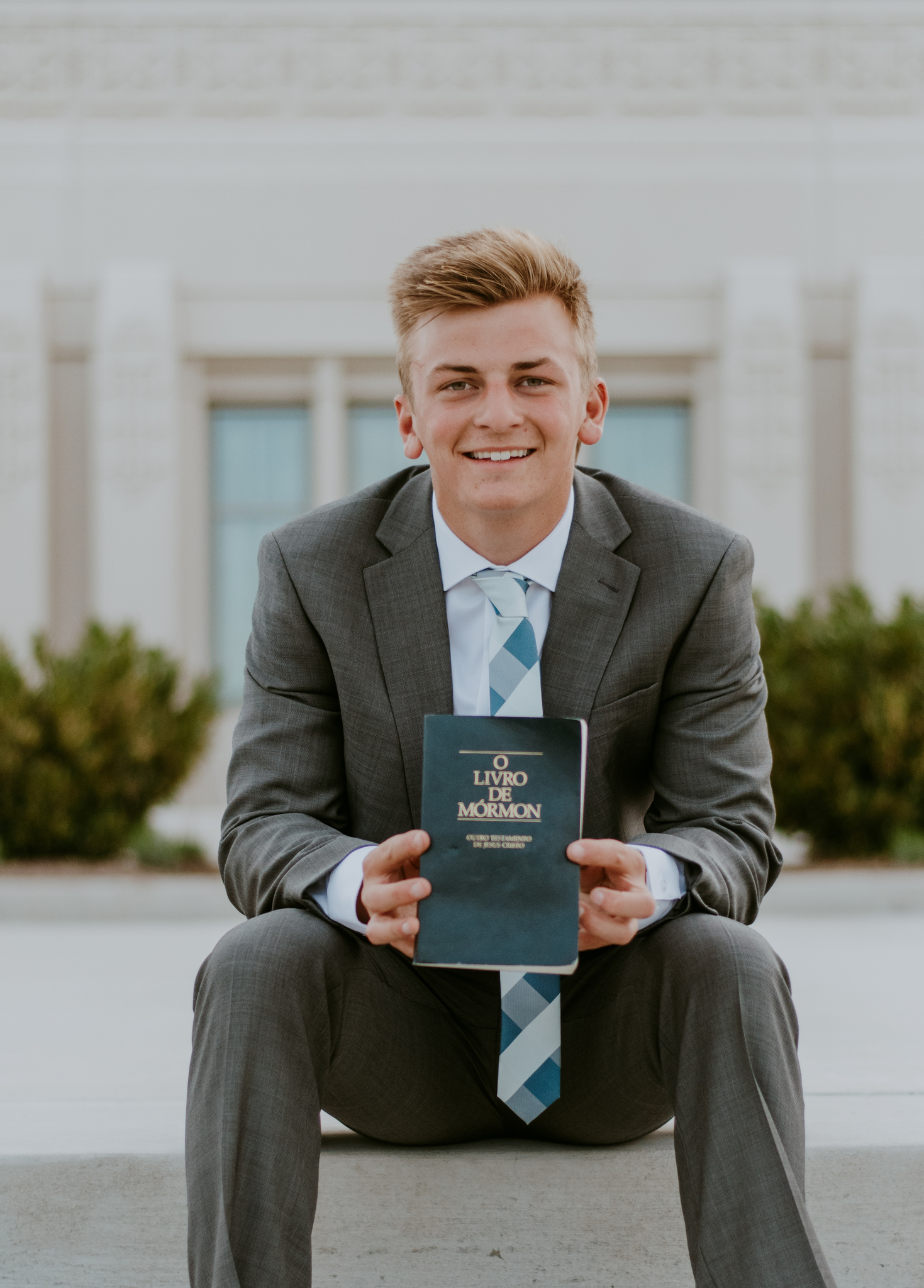 No baptism sadly with Edna she's got lots of family stuff. Lessons with Jéssica and Patrícia and SIFA(!!), the Miracle of Antônio, and about a million calls. Please pray for Jéssica, Patrícia, Antônio, Reis (said like "Heys"), Edna, Felipe, and Mariella! Funny Story, Low-key got proposed to by someone we are teaching. They then showed up again during the lesson and she now wants to marry Christian. I guess she did ask me first and since I said no she is looked at my FB and wants to marry my brother Christian. So, I felt like I was back in High School and the girls want to date my brother! HAHA Still got it going even though I'm in Brasil...

A Short Message:
I have been studying the Bible a bit more this week, and while I was in Matthew 3, I found something interesting.
"But John forbad him, saying, I have need to be baptized of thee, and comest thou to me?"
Matthew 3:14

Basically Jesus comes to John, and asks to be baptized. And John says: "Why in the world are you asking me? You can do anything. I'm asking you for things!"
And Jesus responds, talking about how He needs to be baptized, but I want to focus on the fact that Jesus asked John. He asked John to do something, even though Jesus could easily do it Himself.
I think that's the same with us. Sometimes, Jesus asks us to do things, and that surprises us. "Why should I go on a mission? If you wanted to, you could just show yourself, and everyone would be baptized!" But He doesn't. He asks us to serve.

The service part is the place where we learn and grow closer to him which allows others to learn of him.

MIRACLES:
Alrighty, we got some miracles this week!!
First we had a lesson with two sisters, Jéssica and Patrícia. They are super interested, and they also work with a super inactive member! His name is Sifa (hence the name of the weekly). We've talked to him a few times, but we haven't gotten almost anything from him. He never wants to go back to church, things like that. He was there with us at our lesson (just cause he was working lol), and then he read the Book of Mormon! It was such a huge miracle to have him read it, even though we didn't ask him specifically. the spirit was so strong he couldn't deny it!

We have the opportunity to visit a lot of members. Long story short, me met a wonderful lady who was baptized something like 20 years ago. She attended church for like 6 months. She unfortunately got divorced from her husband because he was cheating on her for like 15 years. However, she got remarried to this guy named Antonio, and he was super funny. He talked to us about how if we were Jehova's Witnesses, he would've slammed the door, bu he liked us and he let us in. Such a blessing there.
Valquíria (or "Val") is another investigator who's been super cool. She has a lot of problems with modern churches, and we keep telling her that our church. She doesn't like the live bands, entertainment and paid clergy. She feels like it isn't church. She will be coming to church!
We met this guy André who's an English teacher/Baptist preacher who pulled over his car after seeing us for about 1/2 a second and realizing that we were, in fact, Americans. He offered us a job speaking English at his English School. Fun times. He asked us if we were Brazilians or Americans... in English.
I also learned this week how grateful I am to be born in America, to speak English, and to be part of this church. There are so many people here who are so lost, and all want to leave here and go to the states. I've been so blessed by my life and my upbringing, and I didn't know until I arrived in Brazil.