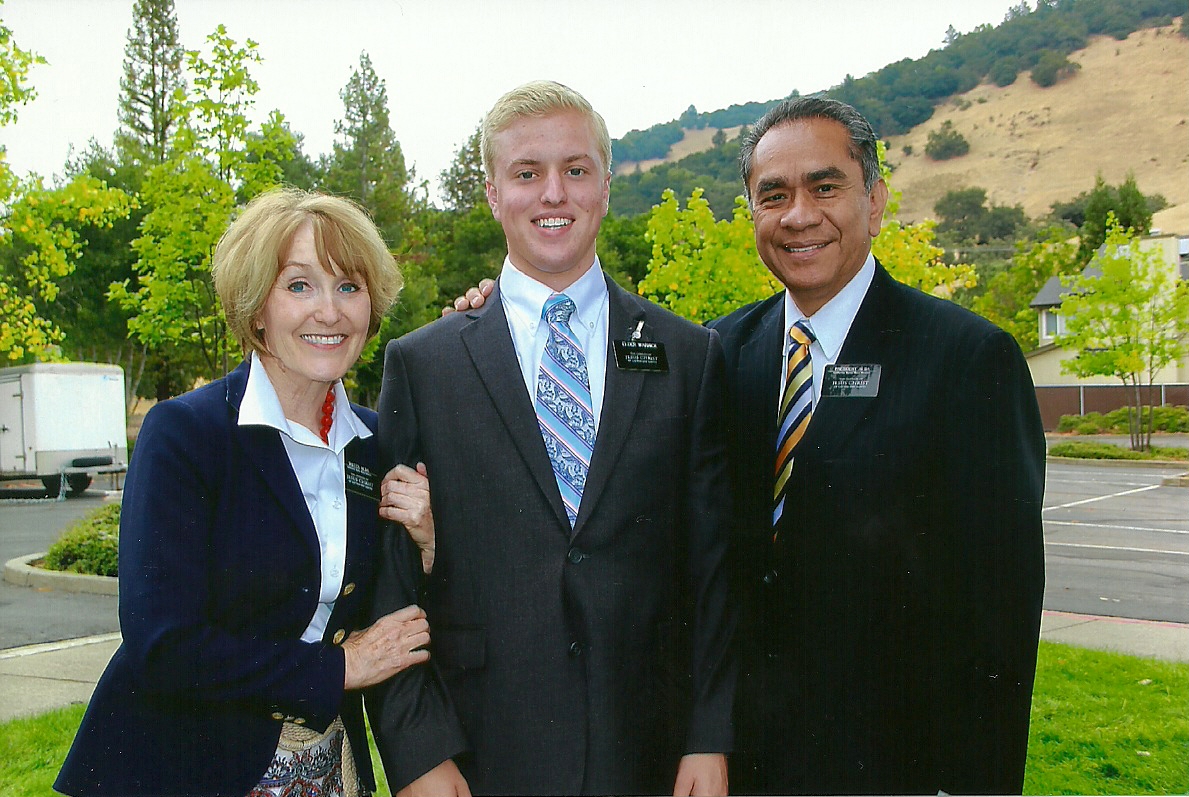 So my week started off with one of the funniest and greatest memories I have so far, I got robbed. Ha ha, So Tuesday night we went out to dinner with a member, we went to Texas Road House and normally we always take our bags or iPads with us, I was on exchanges with my zone leader, Elder Johnson, he took his ipad and Book of Mormon in, I had the smart idea to leave my bag on the back seat and just take a Book of Mormon in. So we're sitting down waiting for our food and right as our food gets there, the manager walks up to our table and asks if we own a grey Toyota Corolla, we said yes, and she said "okay, your back window is smashed in, we think you've been robbed." Elder Johnson and I looked at each other and laughed and then left our food and went to look at the car, they shattered the driver side rear window, and took my bag, and that was it hah, there was cash in the center, nice ray ban sunglasses, and other stuff but they just went for my bag. Elder Johnson and I weren't even a little mad or sad, we thought it was awesome and took pictures with us holding the Book of Mormon and a fist at the window so it looks like we're punching out the window! We laughed and thought it was so cool the whole night, talked to the police, filled out a case report, a whole bunch of phone calls and ya, but when I realized what I had in the bag was when I got a little bummed out, they had stolen my iPad, my wallet, which had my drivers license in it, temple recommend, two debit credit cards, and a couple other important things. and the bag which was an $80 bag..but my missionary card was maxed out so there was no money on it, my iPad got replaced right away by the mission office, and hopefully my card at home didn't have to much money on it.. What I learned from this was, always keep your bag in the trunk, always keep your Ipad with you, and any debit cards or anything important, keep in the pocket on your shirt, and now I have a really awesome story so I was just smiling the whole time:) I forgive the person who robbed me, It's not that big of a deal and it happens, so ya.

Here is a couple of more fun little stories, First we were doing more service one day, we were moving wood from a huge pile and we found a baby rattle snake, it was the first rattle snake I've ever seen, we smashed it, cut its head off and buried the head cause one of the elders said that's what your suppose to do..on Thursday morning I got the opportunity to sub seminary! I woke up at 5 and drove to the stake center to teach a class of 9 total students, it was amazing! I loved it, you get to share your testimony with kids who are so strong in the gospel, a lot of them talked about going on missions and it was just amazing, I now understand why seminary teachers are always smiling, you just can't help it hah.

So we had an interesting event happen with David Macy one of my investigators...well he's not one anymore.. so we were weekly planning on Friday and we had to go back to the apartment to get the phone charger cause our phone died, while we were driving back we got the impression to go see David, so we did, he was finally home from traveling and we were able to sit down and talk with him some more. he kept asking about baptism by water and about how he didn't understand it, so we explained again and bore testimony..he paused and his next words were " that's really the only way?" and we said yes and he said okay I can agree with it. and then he talked about moving out of California and going maybe to Utah or Nebraska, he's always talked about leaving though but we just never really listened because he doesn't have a car or money so there's really no way for him to leave. so were sitting at dinner at a members house and David calls, I walked outside and answered it and said "Hey David!" he said hey and than said I've got some bad news..I'm leaving Cali I'm done, I'm going to go to Logan Utah, I couldn't believe it hah we had just finally finished answering all his questions and he's leaving.. I asked him how he was leaving and he said by train or bus or foot, but he's gonna start off new with almost no money and just work his way back up, It was so weird to talk to him about leaving hah, but I said I'll pray for him and he said thank you for all you've done for me, God bless you and ya, I'm gonna email him till he finds new missionaries in Utah. I told him where to find them. There are LDS churches everywhere and he has no idea about all the Mormons in Utah. So we lost an investigator in an odd way.. but if any of you are in Logan look for him! hah

Lastly, transfers are this week..Elder Call is leaving this area and I'm getting a new companion Elder McCall haha, I'm really really sad that Elder Call is leaving but at the same time there is a time for everyone to move on and meet new people, I'm also a little scared cause I just found out that my new companion sleep walks, like really bad, he gets up in the middle of the night, talks to himself, opens cabinets, flips the chairs upside down, flushes the toilet a few times, and then goes back and lays down..so this will be a fun transfer haha but now I lead out the area and I'm kinda in charge now, so it'll be a fun experience!

I love you all, thank you all for the emails, they mean a lot to me when I open my email and see all the people writing me, keep it up and I'll write you more next week:)

Hey don't buy me anything. I'm gonna see if I can get a bag this week, I have a rain coat now and I'm doing good, everything is taken care of, but I'll tell you next week if I need you to get me a bag. Yeah I have a bag coming so don't worry about it:) President Alba got me one just from the mission office, thank you mom!