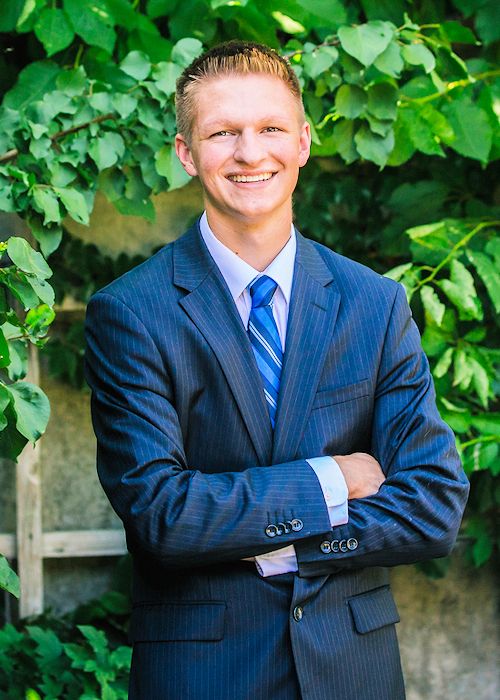 So this week was extremely frustrating! I wish I could say it was a great week, but sometimes things just don`t go our way, you know? Elder Seely and I both feel like we are doing the best we can and we have so much success in the week in lessons and everything... and then Sunday comes around. Once again, no investigators showed up at the church. We had an awesome investigator named Alejandro that said he would have breakfast with us in his house Sunday morning and then we could walk to the church with him, but when we went to his house on Sunday morning, nobody answered and we are positive that they were all sleeping... so yeah, that was super frustrating! It rained Sunday and it was pretty cold so there was almost nobody at church...

This week we may have lost our best investigator as well. We have been teaching a SUPER-Evangelical girl named Johana. She has read a ton of the Book of Mormon and believes it is all true. She keeps saying she just needs to go to church to get to know the church better, and then she`ll be baptized. So we went to her house on Saturday night to give her a hard commitment on church tomorrow. At first, only her husband was home so we started talking to him and taught him the restoration (he thought that Jehovah`s Witnesses and Mormons were the same and that we idolize Joseph Smith instead of Christ...). As we were teaching him and having a really good lesson, two of his friends from the Evangelical church came in and sat down next to us.

At first they were really cool and we just talked to them about our missions and where we were from and all that, but then we tried to teach them the restoration too and they said, "ok this is where we stop. We only hear from "the word," and nothing else." And these people could quote any scripture in the Bible.. We mentioned James 1:5 and they quoted it by memory. So we began to teach the restoration from the Bible using Isaiah 29 and a ton of awesome, undeniable scriptures in the New Testament and they just wouldn`t listen to anything. We told them at the end that they just have to probar, or try out the Book of Mormon to see if it really is the word of God or not, and they denied it. Elder Seely and I testified A FUL, like so much, and I have never felt the Spirit in any lesson so strong before. My investigator Johana just sat there the whole time listening, as well as her husband, but their friends in the end never accepted the Book of Mormon and denied the opportunity. So this week we are gonna go back to their house to see if they felt the Spirit like we did and if they realized how ignorant their friends are or not. Hopefully it turns out good. The good part is that we walked out of the lesson knowing that we did exactly what we were supposed to, but we were so fired up because those people were sooooo ignorant.

We have tons of people with baptismal dates, but just like last week, they aren`t coming to church like they have to so we can`t progress with them until they go...

So yeah, that`s our week. Elder Seely and I have a blast together and we hope that this next transfer we`ll be able to stay together, but it`s likely that I`m leaving and he`ll begin training. Next week I`ll email about transfers, so stay tuned!

Have a great week everybody! Read your Book of Mormon and if you have a chance, look up the new Mormon message Hallelujah, it`s pretty awesome. We can`t really share it here though cuz nobody has TV or internet...