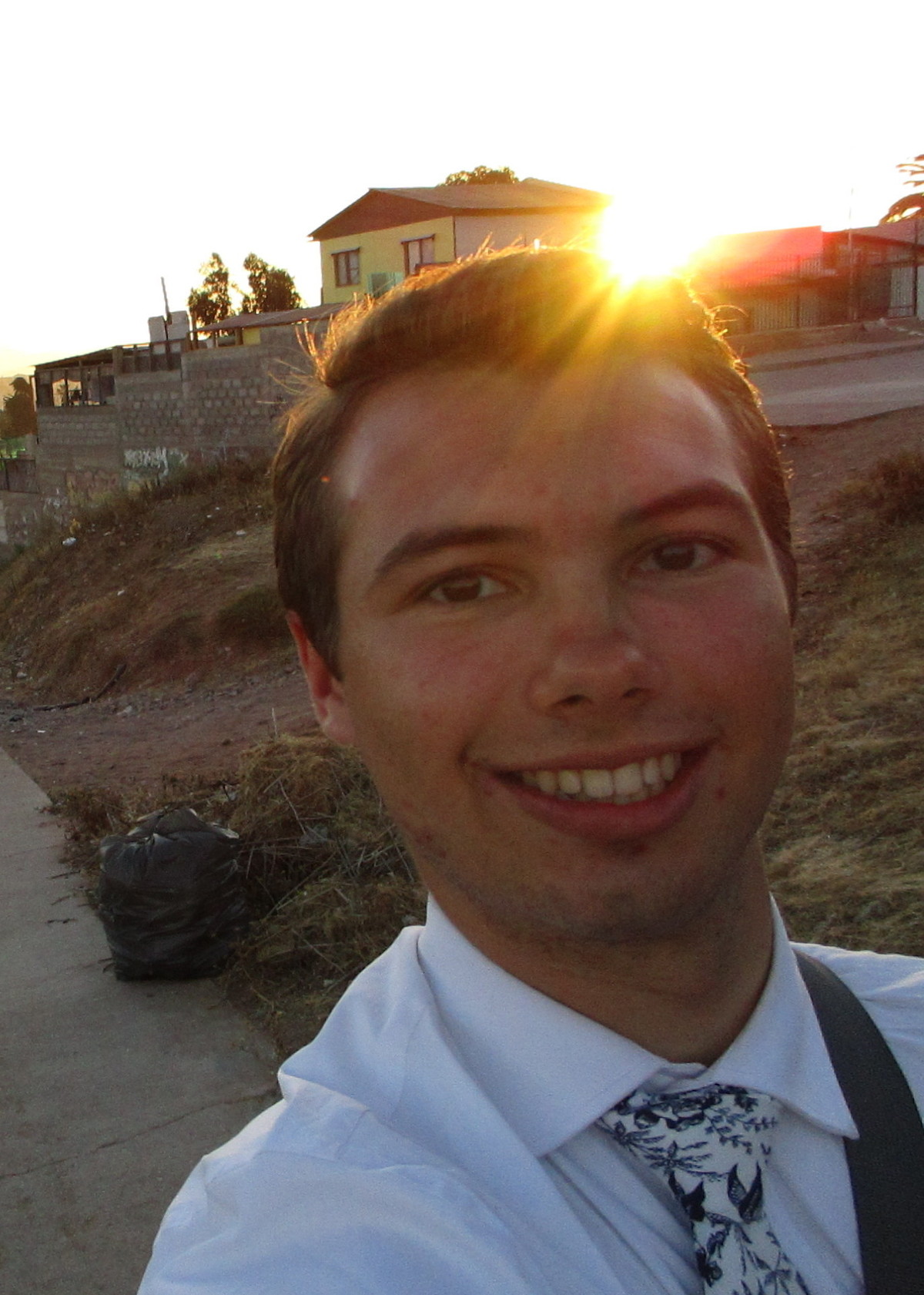 Hello everyone!
This was a very eventful week.  On Thursday last week, I finally used up all of the ink in my pen.  That is the fastest that I have ever used up a pen.  Fortunately, I have a few more to keep taking notes with.  As part of a motivation lesson, one of my teachers showed us the death crawl seen from Facing the Giants.  It was really fun for me to see it.  It was also funny, because it was in Spanish.
I got all the letters from the kids today.  That was a fun surprise.  It will be difficult for me to send individual letters back in answer, so I'll answer them right here really quickly.
Scott- You will be seven when I get back, and that will be very exciting!
Sheldon- At the time of the letter, my companion was Elder Bigler (read more below)
Yvaine- Thank you so much for your kind words and drawing.  I will do my best.
Sierra- Thank you for your words of encouragement and wisdom.  I know that you are a brilliant daughter of God and that He is very proud of you.
Tyger- Thank you so much.  Keep in touch, I want to here all about my (brown-haired) legacy at Yorktown.
Justin- I think I've answered a lot of your questions so far in past e-mails.  Thank you for your kind words and keep working hard both at school, but more importantly in the ways of the Lord.
Dad-  Thank you so much.  Your advice meant the world and I will strive to follow it to the letter (ha ha ha)
Okay, now for some really spiritual deep stuff.  Conference has been the most anticipated thing here for the last three weeks.  We were so excited to be able to here and see the prophets of the Lord.  For me, it was the greatest conference I've ever been able to be a part of.  It seemed like every talk had something that was directly meant for me.  I know that the speakers were divinely inspired to give there messages.  My favorite three talks were from President Nelson on the importance of Christ's name (which seemed like an overarching theme this year), President Ballard's on the one hundred thirty-eighth section of the Doctrine and Covenants (which is now one of my all-time favorite talks and one of the strongest times that I have felt the spirit), and President Oaks's which was a great reaffirmation of the basic cores of belief of the church.  I know with a surety that these men are truly prophets, seers, and revelators called by God to act in His name and with His authority to direct His church and kingdom back to Him through these last days.
This last week was the last one for the previous group that was here.  It was sad saying good-bye to them, but I know that they will be great missionaries.  With them leaving, President Carmack pulled my district aside and let us know that we were going to be switching rooms and companions.  He normally doesn't do this, but He got the prompting to.  So, I am now companions with Elder Johnson from Boise, Idaho; and we are rooming in Job.  He will be serving in the Santiago West mission in three weeks when we head out.  He is a great example of following the spirit and trying your hardest to speak the mission language.
Yesterday, it was just the people that arrived the same day that I did here in the MTC.  As a result, there was only sixteen missionaries.  It was very small.  When it was time for Cena (dinner), they gathered us all near the cafeteria, and then led us up the stairs.  We thought that we were going to be in trouble for something (someone said that Presidente was mad), when we suddenly saw Papa John's pizza sitting on the tables.  That was an amazing surprise.  After eating dinner, and right before we left the building to go to bed, Presidente and Hermana Carmack held a special meeting with us about the importance of our hard work and legacy.  They later left the room and left us as a group to talk about how we were going to make sure that we serve the Lord with all our "heart, might, mind, and strength".
That's just about it.  Thank you everyone for your incredible support and love.  I miss you all!
Love,Elder Knight
Picture 1: Elder Johnson
Oh yeah, I said spiders in the subject.Turns out that I got bit last week at somepoint.  I don't remember the exact name, but it is a cousin of the Brown Recluse.  I kept redrawing the lines a few times so that I could show all of you how big the affected area got.  We can only take pictures on P-Day.  So, these are after a week of it happening.  I noticed it after getting hit by a soccer ball from a PK.  I think it is getting better, but it still hurts.  That made this week rather eventful.
Other pictures: Spider bite