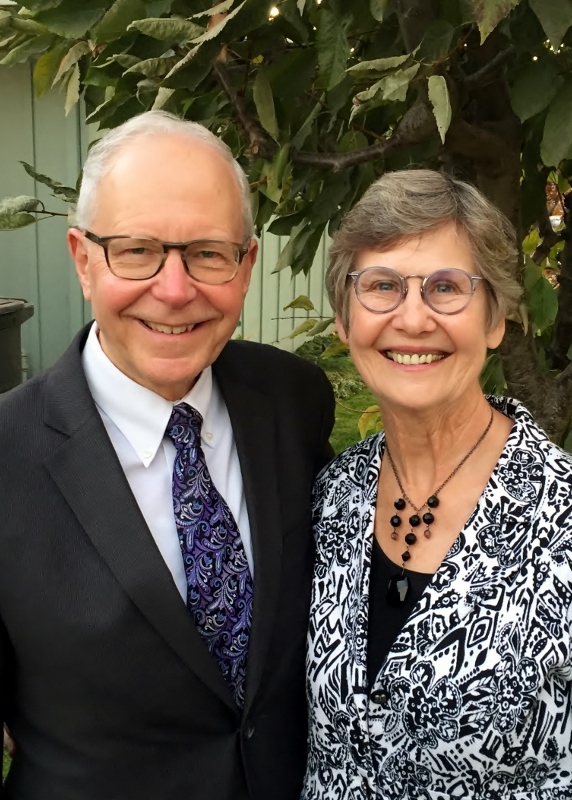 We are still learning what our assignment entails. At the same time, we are having some exciting adventures!

We went with other senior missionaries to the Buenos Aires temple on Saturday. It is very beautiful inside. And there is a great spirit that pervades the grounds.

The most beautiful of all were the spirits of the people we met there. One lady we met at a church lunch center on the temple grounds, mentioned that she and other ward members had traveled in a bus for over 20 hours to get to the temple. Another little family we met who were walking around the grounds, said that they were looking forward to December when they will come to the temple to be sealed together as a family!

On Sunday we went to the ward that we are assigned to attend in Buenos Aires - the Congreso Ward. We really like it. A counselor in the bishopric asked me to speak in church in two weeks. His wife, who is the music chair person, invited Mom to begin playing the organ in our sacrament meetings.

Our Sunday meetings were terrific. The relief society and also the elders quorum put mom and me on their WhatsApp lists. We really like this way that they communicate with each other. Incidentally, I noticed using WhatsApp is one of the easiest ways to share pictures, which copy directly to our photo album when people send them!

After the regular Sunday services, we rushed in to one of the small rooms with a number of primary children, their parents and leaders. There we honored a young girl who was turning five years old that day. Her mother brought a cake she baked topped with something resembling plain M & Ms. The mother lit a big number 5 candle on the cake. The birthday girl blew it out after all the children and adult joined in sing happy birthday to her, in Spanish of course. Here, they don’t clap when the song is finished. Instead, they hold up their hands when they sing.

Mom and I were delighted that we could find our way back home, completing the lengthy bus ride by ourselves without guidance from other veteran missionaries. On our way back mom sat by a young physician who is just starting her residency. She is from Santa Fe, a town two hours away by plane!

Yesterday morning a full-time employee of the church who works the area office came over to see us. His name is Christian Richter. Mom and I enjoyed getting to know him. Yesterday he came with a special request. He wanted to make sure that he had a good translation of a letter that his friend, Brother Jorge Cirino, was composing to give to President Nelson this week. (President Nelson arrives tomorrow to address the Saints here!)

Brother Cirino feels impressed to share his testimony and experience with President Nelson. He wrote it up to put in a nice chest or box which was expertly made by Brother Cirino (who also made much of the furniture for the Buenos Aires temple). Christian and Brother Cirino will also travel to Salt Lake City in October to attend the general conference for the first time in person!

Last evening, as Mom and I were walking down to the room where the senior couples had a family home evening activity, we passed the office of Nanci, a full-time employee who is putting together a choir, composed of people at the area office. We signed up to be in the choir. When we saw Nanci, we asked her when the choir practice was going to be. She said it was going to be this Thursday, but she needed a pianist for this first time. You guessed it - Mom is going to be one of the pianists for the choir!

Yesterday also - the employees of one of the departments in our office conducted our weekly devotional. The brother who gave the devotional referred to the poem, “The Road Not Taken”, by Robert Frost, which has some gospel application. You will recall the poem talks about a fellow who chose to go down the less-traveled road, which made all the difference for him.

I like to think of that road as the covenant path. We pray that we will all stay on it. Sometimes we may berate ourselves, because of things we did that we could have done better. But, the magical or wonderful thing about the gospel is that we can change, strive always do our best - and the Lord will make up the difference, dry all tears and bestow upon us perfect happiness.

We love you all!