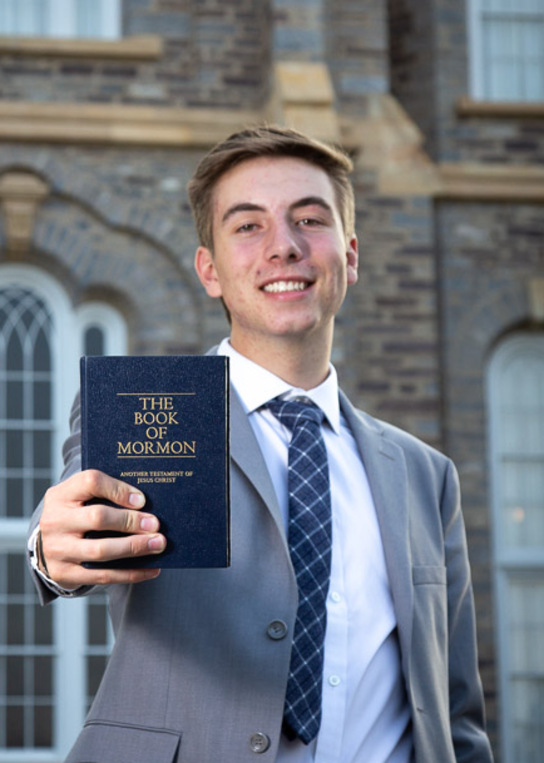 Hello everyone! As chairman of the board, I would like to welcome you to another presentation of the Elder Weaver foundation. It has been another great week here in Winslow! We have seen some great miracles. Of course we have also been keeping very busy. Miracle number 1, we again were able to reach one of the goals we have set for our zone! It may not seem like a big deal to all of you at home, but these goals very rarely get reached! This is the 2nd week out of 3 that we have hit our finding goal! We also hit our baptism goal for the zone and surpassed it! It is so amazing to see this kind of success and it is so faith building! The Lord's hand truly is in this week and it is exciting! Time is moving quickly and there this dispensation is winding down to a close... Miracle number 2 this week, we we able to be the Lord's instrument in helping someone into the Waters of baptism this last Saturday! That felt so good, I know it's not about me but it has been a long time since November 10, 2018. His name is Emmitt and he is 12 years old. He was the one I mentioned a few weeks ago that picked a sooner date then we had originally planned! He is a solid kid and has a very bright future. It is crazy how fast time really is flying, it's Halloween this week! I hope everyone will feel a spirit in this spooky time, the HOLY spirit. Anyway this week I read a really good talk and it had this story/poem in it that I hope you all enjoy in place of a joke and ponder on.

Jake, the rancher, went one day to fix a distant fence.
The wind was cold and gusty and the clouds rolled gray and dense.
As he pounded the last staples in and gathered tools to go,
The temperature had fallen and the snow began to blow.
When he finally reached his pickup, he felt a heavy heart.
From the sound of that ignition, he knew it wouldn’t start.
So Jake did what most of us do if we would have been there.
He humbly bowed his balding head and sent aloft a prayer.
As he turned the key for the last time, he softly cursed his luck.
They found him three days later, frozen stiff in that old truck.
Now Jake had been around in life and done his share of roamin’,
But when he saw Heaven, he was shocked—It looked just like Wyomin’!
Oh, there were some differences, of course, but just some minor things.
One place had simply disappeared—the town they called Rock Springs.
The BLM had been shut down, and there weren’t no grazin’ fees,
And the wind in Rawlins and Cheyenne was now a gentle breeze.
The Park and Forest Service folks—they didn’t fare so well.
They’d all been sent to fight some fire in a wilderness called Hell.
Though Heaven was a real nice place, Jake had a wondering mind,
So he saddled up and lit a shuck, not knowin’ what he’d find.
Then one day up in Cody, on a cold fall afternoon,
He saw St. Peter coming, and he knew he’d be there soon.
Of all the saints in Heaven, his favorite was St. Peter.
Now, this line, it ain’t needed, but it helps with rhyme and meter.
So they set and talked a minute or two, or maybe it was three.
Nobody was keepin’ score—in Heaven time is free.
“I’ve always heard,” Jake said to Peter, “that God will answer prayers,
But one time I asked for help, well, He just plain wasn’t there.
“Does God answer prayers of some, and ignore the prayers of others?
That don’t seem exactly square—I know all men are brothers.
“Or does He randomly reply, without good rhyme or reason?
Maybe it’s the time of day, the weather, or the season.
“Now I ain’t tryin’ to act smart; it’s just the way I feel,
And I was wonderin’, could you tell, What the heck’s the deal?”
Peter listened very patiently, and when ol’ Jake was done,
There was a smile of recognition, and he said, “So, you’re the one!
“That day your truck, it wouldn’t start, and you sent your prayer a-flying,
You gave us all a real bad time, with hundreds of us a-trying.
“A thousand angels rushed to check the status of your file,
But, you know, Jake, we hadn’t heard from you in quite a while.
“And though all prayers are answered, and God ain’t got no quota—
He didn’t recognize your voice, and started a truck in North Dakota!"