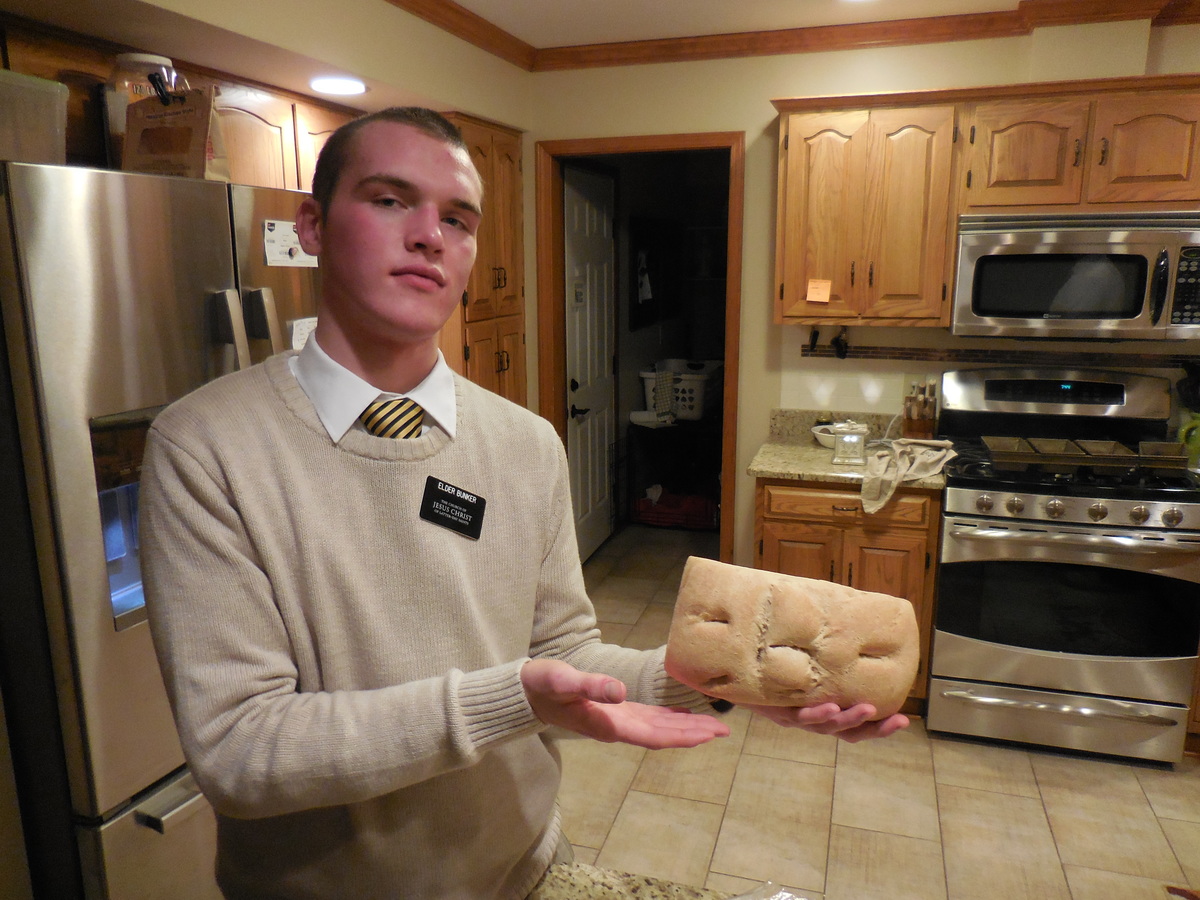 And it came to pass that on the first day that Elder Hall commanded Elder Bunker that he should look upon the list of names on a piece of paper and stretch forth his hand to the phone and pick it up and dial numbers so that he may call people.

And it came to pass that Elder Bunker did as commanded insomuch that he began to call an exceedingly amount of people from the list.

Wherefore he came across some one called Mary. To much of Elder Bunkers astonishment, he had a hard time understanding black people on the phone because there accents were strange to him because he is auditory dyslexic.

Not with standing that, Elder Bunker pressed forward and continued to talk to her. She said, "Right now is not a good time but this time on other days would be good." But, behold, Elder Bunker heard, "Right now would be a good time." After that Elder Hall said, "let us go forth that we may meet her and perhaps she will allow us teach her about the Restored Gospel of Jesus Christ."

And it came to pass that we did and when we knocked upon her door she was exceedingly wroth insomuch that she turned us away. But you will see that God works in marvelous ways. When we were about to turn away she told us to turn around and that we could come in and "get it over with." But, Behold, there was no male of 16 years of age so we came back the next day and taught our lesson and got a return appointment.

And it came to pass that Elder Hall and Elder Bunker were exceedingly joyful and did give thanks to God.