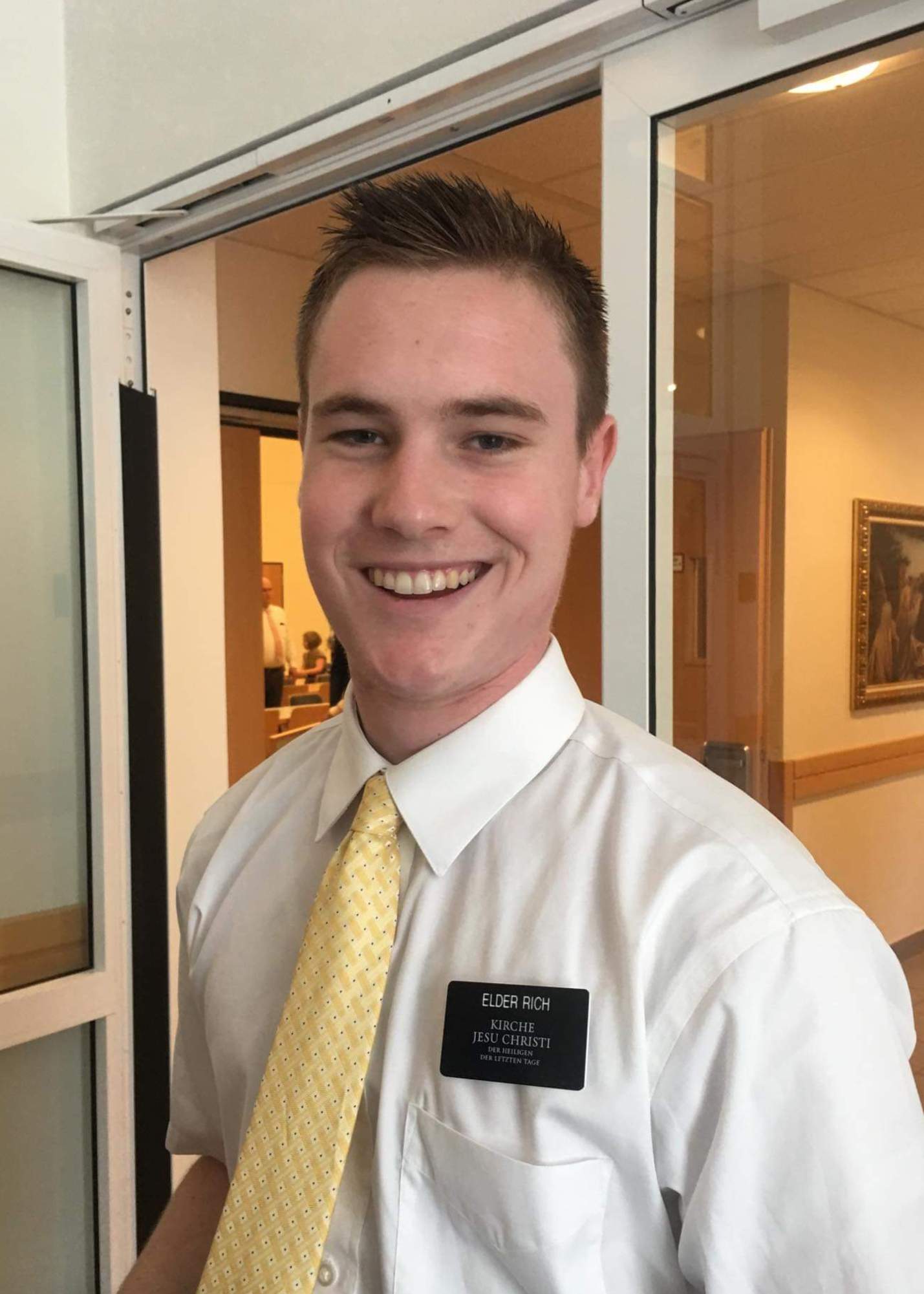 I finally got to Manchester! The weather is really sunny and is not very hot, so its great! I am in a trio because there are only 3 German-speakers classified as "native" who are men. There is also a sister from Germany and one from Argentina but she lived in Germany since she was five years old. There are only 39 missionaries in the entire MTC! The MTC president knows me by name and we can get appointments with him when we want! They are from Las Vegas. The 39 missionaries come from America, Whales, England, China, South Africa, Romania, Switzerland, Italy, Myanmar(Burma), Bulgaria, Germany, New Zealand, Argentina, Portugal, France, and Canada! And they are serving in the England missions, the Ireland/Scotland mission, Germany Missions, Alpine German-speaking mission, and the elder from Switzerland actually is going to the Bangalore, India Mission! I really like my group! The food is really good! I've already had lamb, pork roast, ham, and a lot of mashed potatoes. There's also all-you-can-drink chocolate milk! We live on the Temple grounds and we went to the Preston, England Temple today. I also prostelyted for the first time in Manchester at Picadilly Garden. The England MTC is cool because they let you go out and prostelyte while you are in the MTC and it was really fun! This place is great and the teachers are nice and my German skills are definitley improving. On our preparation day we went down to Chorely and went shopping and saw some cool churches and an outside market! England is really awesome! I really get along well with an elder from Romania. His name is Elder Vasile! He is 26 years old and the maximum age for elders to serve a mission is 25 but he got an exception! He was baptized about 13 months ago and he paid for his own mission! He worked 2 jobs 6 days a week for 3 months straight so he could earn a total of $1500 dollars. So the church paid the rest and a family helped him buy some of the clothes. His family didn't want him to go on a mission but he went anyway! He is a huge inspiration for me because he did what he knew was right even though the odds were against him! Overall, all the missionaries are great and ready to serve. I am the only one in the entire MTC going to the Frankfurt, Germany Mission! The other two German speaking elders are both going to the Berlin Mission. So I'm kind of a lone ranger-- which I like. Also, an elder from Switzerland is really cool and his name is Elder Ganter. His dad is a Swiss-business man who works in private equity and they are RICH!!!! He said every morning for breakfast in Switzerland he had bread and hot chocolate-- My favorite breakfast haha! This place is awesome and please email me about anything! I can read your emails whenever but I can only respond on Tuesday which is my P-Day!
Love,
Elder Rich (Alex)