Jan. 1, 2012: Est. Population: 83,800; Members, 66; Branches, 1; Percent LDS, .07,
or one in 1,445; Europe Area; Spain Barcelona Mission. Aparliamentary democracy in the high P)n-enees mountains on the border between France and Spain, Andorra. Its
people speak Catalan and French and Spanish. In 1991, there were five members living in Andorra. The first to be baptized in Andorra was Marlize Gomez Limaon April
11, 1992. The Andorra Branch was created in August 1993, and the first branch presidents were Javier Ortega and Jose Luis Bota, who did not live in the branch boundaries. Previously members traveled 84 miles to Lerida, Spain, to attend meetings.
In that same year, religious freedom was granted and the Church applied for official recognition. In 1994 the branch received its own meetinghouse. Previously, meetings were held in private homes. Javier Agulced Jerez, was baptized with his wife and two daughters in March 1998 and became the first branch president to live in the branch. 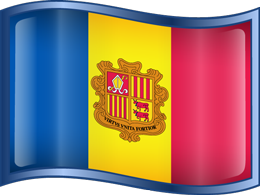